The Circle is hers. But Avery West has lost everything else: her mother, the family she’d just found, and the one boy she trusted. In their place are unfathomable power, a staged relationship that makes her question every real feeling she’s ever had, and a mission to find the cure to the virus that’s made her own blood a weapon.

Then disaster strikes, turning Avery, Stellan, Jack, and Elodie into the most wanted people in the world. To clear their names and the growing rift between the families of the Circle before the world dissolves into World War Three, they’ll have to make a desperate, dangerous final race for Alexander the Great’s tomb. What they will find inside will mean the world’s salvation—or destruction.

Avery will have to decide how much she’s willing to sacrifice—for the world, for family, and for love—in this conclusion to the Conspiracy of Us series.

That was such a solid ending of this series, and done just right, I think! I often times worry with series-enders because it’s so hard to wrap things up. I think THE ENDS OF THE WORLD was just the right amount of action, romance, resolution, devastation, and consequences all rolled into a solid conclusion.

I listened to the first two books back-to-back on audio and I almost wish I had waited until this book was out so I could have binged all three because I always forget a little bit from the previous books, so I did have a tiny bit of a gap in remembering exactly what happened! Fortunately it wasn’t a lot since I read them not TOO long ago, but it still did affect my reading experience just a tiny bit. What I really did love is that Maggie Hall kept all of her characters true to themselves. They really grew throughout the series and their decisions were normal and logical for everything that they had been through. Avery is a very different person from the beginning of the series and I loved how she said it herself — she’s definitely not the same but her experiences changed her and she grew from them. I really loved how the characters evolved but really stayed true to their personalities and beliefs. It happens all too often that things start to really stray from the first book by the time you hit the last book so I’m so happy that Maggie Hall kept a very cohesive feel to this series all around!

Being the last in the series, obviously things had to take some dire turns before they could wrap up! I really liked the amount of danger present in this book and the sacrifices that were made. It wasn’t always easy to read but everything resolved really well, I think, and it was a satisfying ending without being too cheesy. I loved the extra few sentences that stated that even though it was a positive final result, everyone had still gone through so much and it would take a long time for everyone to be okay, if ever. It really put that into perspective that these characters went through some STUFF and it’s not all fluff and cotton candy after it was all over. They have a long road ahead of working to put things back into place, sorting out a lot of political stuff, and working on relationships as well. It was great to see some reality brought into a happy ending while still feeling a little gooey about it.

Without talking about any spoilers, the plot did take a turn that I wasn’t so crazy about? Not bad in any way but I guess you could say it that was one step further that took things into more of a jump outside of reality that I just didn’t know if I could wrap my brain around it. It wasn’t paranormal or fantastical or anything like that but it was an added element to the story that really affected the plot and I was just like of like HMMM. How do I feel about this? I think it took one step past the international espionage and added almost a mild sci-fi element? Ugh, it’s hard to explain without giving things away but anyway, that was my one very small hang-up, and totally a personal opinion.

Overall, I LOVED this series and I love international thrillers like this! There aren’t a lot of really good YA espionage/modern political novels like this (I guess for lack of a better term, a sort of Da Vinci Code concept) and I would love to see more of this in the YA world! I’d absolutely pick it up. No matter what Maggie Hall is writing next, I am totally on board! I loved the details that went into this series, the feel and atmosphere were fantastic, the characters were strong, and the whole series stayed true to itself. Highly recommend and can’t wait to read more from Maggie Hall, whatever that may be!

Kept Me Hooked On: International thrillers. I hate having to compare every international thriller like this to THE DAVINCI CODE so I’m gonna make a reference to this series from now on! We need more books like this!
Left Me Wanting More: Reality? It was fun but I also felt like the plot went a little too outside of my comfort zone to wrap things up. I understand where it was heading but I also wasn’t the biggest fan. I think I want more thriller less… mythology I guess.

This series is so well done. I love these characters, the locations, and the action! 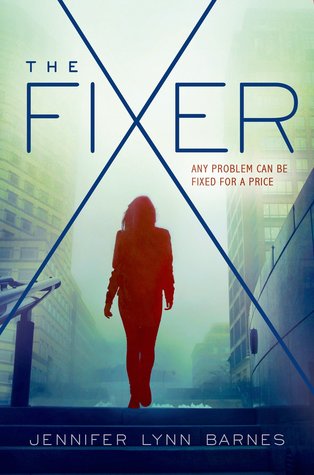 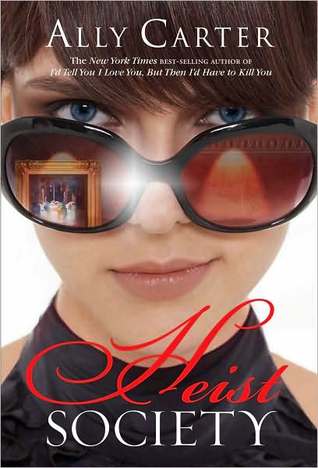