"I'm dreaming of the boy in the tree. I tell him stories. About the Jellicoe School and the Townies and the Cadets from a school in Sydney. I tell him about the war between us for territory. And I tell him about Hannah, who lives in the unfinished house by the river. Hannah, who is too young to be hiding away from the world. Hannah, who found me on the Jellicoe Road six years ago."
Taylor is leader of the boarders at the Jellicoe School. She has to keep the upper hand in the territory wars and deal with Jonah Griggs - the enigmatic leader of the cadets, and someone she thought she would never see again.
And now Hannah, the person Taylor had come to rely on, has disappeared. Taylor's only clue is a manuscript about five kids who lived in Jellicoe eighteen years ago. She needs to find out more, but this means confronting her own story, making sense of her strange, recurring dream, and finding her mother - who abandoned her on the Jellicoe Road.

Breaking It Down Further: Taylor Markham is constantly haunted by her past. Although very happy with her caretaker Hannah at the Jellicoe School, she still has a longing to reunite with her mother who left her at a 7-Eleven when she was 11 years old until Hannah came along and rescued her. With a mix of memories and dreams, Taylor finally starts putting together the pieces of her past, taking her down several paths she never expected. Along with being the new leader of her dorm, she also must take on the responsibility for all of the girls in her house and protecting the precious borders and territories from the Townies and the Cadets, one of which is the unforgettable Jonah Griggs who became a big part of her life three years ago when she tried to find her mother. Now that he’s back, Taylor is confronted with labeling him an enemy or a long-lost friend.

So… I know everyone loved this book and that’s the reason why I picked it up. But I have very mixed thoughts on it. I was really apprehensive about how much I was going to like this book in the beginning because it started out slowly. I was reassured by fans of the book that picked up and it got so much better, and I admit, it did. But still not to the extent that I expected it too. This is always the reason why I hate reading books knowing other people’s review. I either built it up too much in my mind if they loved it or I start to believe people’s reviews if they hated it and I have a hard time figuring out how I really felt about it.

First, I don’t think a book should have to be “redeemed’. I really didn’t like that it started out slowly because I felt completely lost in the beginning. I understood Taylor’s world a lot better since we were actively involved in it. I could get her character, her friends, Hannah, and it took me a little bit, but I started to comprehend the “territory wars”. I was totally lost with the story of the 5 kids who lived on Jellicoe Road (Tate, Narnie, Webb, Jude, Fitz) — I got confused which ones were siblings, which one was the Cadet, which ones were involved in the accident and which weren’t – And I didn’t even know Tate was a girl for a long time. I know it was intended to leave us in the dark a bit, but I just felt totally lost and couldn’t sort anyone out.

As we got into the story, I started catching on to things, but I really couldn’t separate half of those kids until we finally got into their story. It’s difficult because their story is supposed to be a mystery so we only get to find out more about them a little at a time.

I think the territory wars were a bit confusing for me in the beginning as well. Maybe it’s because it was an Australian-based book? I know absolutely nothing about Australia, and I didn’t feel like I should be that lost, but for some reason I was. I also kind of felt the same way when I read TOMORROW, WHEN THE WAR BEGAN. Maybe that’s just a coincidence between the two Australian books that really stick out, but I kind of had that feeling with both. I always hate that feeling that maybe I’m not getting something that I should, but I still can’t shake that feeling.

I liked the romance between Taylor and Griggs — I thought it was really nicely developed and you could definitely feel the tension between them. They share an obvious past – one that was difficult and a forged a strong connection between them – and I was definitely rooting for them throughout the book.

Once we started getting into the full story of Taylor’s past and the mystery behind the 5 kids, I was hooked! The only thing is, I just felt like it took too long to get there. I knew it was coming and I really loved how everything was tied in together. It was a truly beautiful story and the way everything was weaved together I thought was great. I just really almost disappointed how long it took me to get there.

I was also extremely distracted and rushed when trying to finish the book and I think that really ruined a lot of the end for me. I know that’s my own fault, but it still affected how I felt and didn’t let me get fully absorbed in the book. I should have just put it down and come back to it the next day, but by then I was actually excited and really did want to finish.

3.5/5 stars
I wanted to say 4, but I really think I might stick with 3.5… I just feel left with a feeling of slight disappointment. I wish I could say I liked it as much as everyone else but I was just missing something. I honestly think I would like to re-read it now knowing who the characters are and being able to see the story as it plays out. I think it would help me enjoy it that much more! 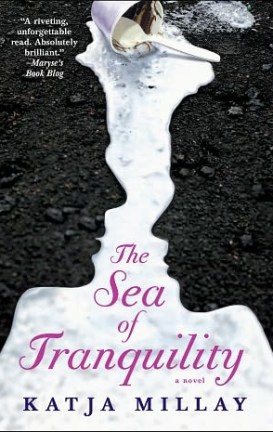 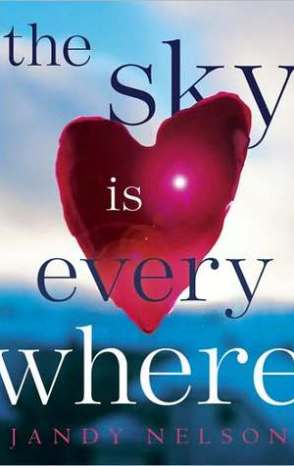