With the clock ticking until the virus takes its toll, Rhine is desperate for answers. After enduring Vaughn’s worst, Rhine finds an unlikely ally in his brother, an eccentric inventor named Reed. She takes refuge in his dilapidated house, though the people she left behind refuse to stay in the past. While Gabriel haunts Rhine’s memories, Cecily is determined to be at Rhine’s side, even if Linden’s feelings are still caught between them.
Meanwhile, Rowan’s growing involvement in an underground resistance compels Rhine to reach him before he does something that cannot be undone. But what she discovers along the way has alarming implications for her future—and about the past her parents never had the chance to explain.
In this breathtaking conclusion to Lauren DeStefano’s Chemical Garden trilogy, everything Rhine knows to be true will be irrevocably shattered.

I admit it. I was nervous to start reading SEVER. I absolutely fell in love with the beautiful writing and the insane story line of WITHER when I first picked it up in June of last year and then quickly followed it up with FEVER…. and felt disappointed. FEVER just didn’t do it for me. Where I loved the first book, I felt removed from the whole original plot in the second and I just felt lost and isolated (which I guess is what Rhine was feeling too, but even still… I don’t think the readers should feel so lost).

In SEVER, I found comfort of being back in Florida and — however creepy it may be — back in Vaughn’s territory. What I loved about this book was that it ends exactly like it should. The readers get answers that have been questions from book one, and some are answers to issues we didn’t even know existed. One of the best parts was having something shocking revealed that was hidden ever since book one, and then I thought back on it and it totally made sense – I just never knew that idea even existed! There are some amazing twists in this book that had me shouting, gasping, and crying. It was a pretty emotional journey… (see below)

I loved that we got to spend more time with some of the original characters that we were missing in book two like Cecily and Linden, and their stories are woven back in with Rhine’s. There are also some great new characters, especially Reed (Linden’s uncle — don’t worry, no spoilers!) and we finally get to learn more about Rowan, who I’ve been curious about the entire book!

The biggest question for me whenever I finish a series is “How did it wrap up?”‘ and I think Lauren DeStefano did a great job of tying up loose ends and giving us a clear picture about what lies ahead for the characters we’ve all grown to love. The only thing I was still left wanting was just a bit more information about The Chemical Gardens. I feel like we were given an explanation, but I was hoping for a little more depth and origin of the name, especially since it’s the name of the whole series. Also, Gabriel is pretty absent the whole book (for a reason, but still). I just really wanted more Rhine-Gabriel interaction to kind of solidify their relationship to make that a little more concrete. Other than that, I was very satisfied with the ending. It kind of fit perfectly and I don’t see any other way it could have wrapped up.

Rhine: Rhine’s determination has always felt real to me. Ever since she was first brought to the mansion, she’s had a spirit of independence and the need to break free and find her brother so it never felt forced that she was always inching towards her main goal. She kept the plot moving and I really felt like Lauren DeStefano kept her actions true to her character.
Linden: Linden really started to grow on me! Obviously he’s kind of a conundrum in WITHER because Rhine is forced to marry him without zero choice in the matter, but getting to know Linden in the books shows what a kind and gentle person he really is.
Cecily: Cecily has always been one of my favorite characters. She always felt like such a real person to me with such a natural range of emotions. She did a lot of growing up in SEVER and it was so interesting to see that character development. I’d say she’s the character who changed the most throughout the whole series and I loved watching that progression.
Vaughn: Still creepy. Still love how perfect of a villain he is. Still love to hate him.
Reed: Reed is Linden’s uncle, Vaughn’s brother. He’s a great addition to this story and another lively character. I think readers will love him, so I can’t wait to hear people’s reactions to him.

I thought this was a really great finish to the series. I know some people had some mixed feelings but I really enjoyed it. 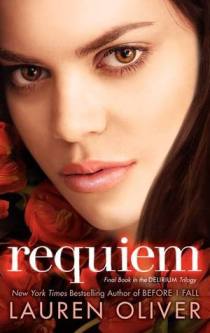 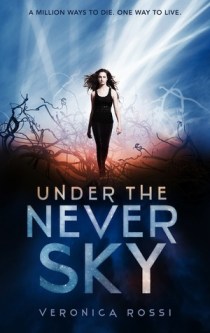