What does it mean to do wrong, when no one punishes you? A smart and unflinching look at friendship, the nature of entitlement, and growing up in the heartland.
Paige Sheridan has the perfect life. She's pretty, rich, and popular, and her spot on the homecoming court is practically guaranteed. But when a night of partying ends in an it-could-have-been-so-much worse crash, everything changes. Her best friends start ignoring her, her boyfriend grows cold and distant, and her once-adoring younger sister now views her with contempt. The only bright spot is her creative writing class, led by a charismatic new teacher who encourages students to be true to themselves. But who is Paige, if not the homecoming princess everyone expects her to be? In this arresting and witty debut, a girl who was once high-school royalty must face a truth that money and status can't fix, and choose between living the privileged life of a princess, or owning up to her mistakes and giving up everything she once held dear.

I admit that I was a bit hesitant going into this book due to so many middle-of-the-road and disappointed reviews from fellow readers and bloggers. While I can understand where those reviews probably came from, I was actually really surprised at how much I liked THE PRINCESSES OF IOWA.

This book is no cake walk. Although I was able to read it fairly quickly, it’s a book that deals with a LOT of issues: teen drinking, drunk driving, homosexuality, abusive relationships, and every other thing that teenagers face in their daily lives as well. It’s chock-full of sensitive subjects, but I was actually pulled into the story by all of these things rather than put off by them.

It’s not easy to watch Paige figure out where to pick up her life after a rough spring and summer. She was one of the popular girls, destined to be homecoming queen ever since the 8th grade. Usually I have a hard time reading stories from the point of view of the “popular girl” because I was never one of them, nor did I want their lifestyle, but Paige was different for me. She went through a horrific situation that FINALLY awakens her to the fact that maybe being popular isn’t quite as important as the movies make it seem to be – BUT that was my problem (as it always is) with the whole “popular” story line. I JUST NEVER GET IT. I never really understood the whole Homecoming Queen/high heels/Mean Girls appeal to anyone… I guess it’s never really been my style, but I find it really hard to take books seriously when the “popular” aspect goes overboard there.

Anyway, like I was saying, despite all that stuff, I did enjoy it because I liked watching Paige figure out what REALLY matters. One of my favorite things (and probably why I liked the book so much) was her Creative Writing class and the new substitute teacher, Mr. Tremont. Now, I have no idea how to write, but I’m constantly battling against myself on how to start because I really do want to write SOMETHING someday. Just the whole inspiration and writing scenes that weave in and out of this book made me want to pick up a pen and just WRITE. Mr. Tremont actually reminded me of one of my Geography professors in college (go figure – not even close to English), so I had a real picture of how his character should be (at least in my mind).

That was another reason I think I ended up liking the book – Although I think authors go a little overboard on the “popular” stereotypes, there’s a reason they’re stereotypes: They’re true. I saw a lot of girls from my high school in Paige, Nikki, and Lacey. I wouldn’t go as far as matching outfits (Please. Only Mean Girls do that, am I right?) but the partying, parents who actually provided the kids with alcohol (like in the book how Paige’s mother practically encourages her to drink to stay popular), the annoying but popular jock boyfriend – ALL of these existed at my high school. Although I never understood these kids and didn’t hang around with them, it all really did happen, scandals and all. I’m sure if I put some of the things that DID happen in my high school, it wouldn’t even sound believable so yes, I get it. I was completely baffled by the fact that these girls got in a car accident caused by drunk driving and they were still popular. RIGHT?! But then I thought back when I was 17 or 18 when a girl at my high school hit a guy on a motorcycle because she was high and he ended up dying and somehow (I don’t really know how) as far as the general public knew, she was punished to the point that I knew about it and she went back to school and her group of friends and her social status like nothing ever happened. It’s just as baffling in real life as it is in a book, I guess.

I do think though, that for the sake of sounding believable, there were a few too many issues all crammed in the book at one time. I felt like the book could have been a bit more focused on one issue or another and it still would have had a very moving and poignant message. There was a bit much all crammed together and although I still enjoyed the book, it was kind of “Shock and Awe” that really grabbed me, I think.

Paige: Paige is a difficult character to talk about. I hate the “popular” thing (see? I even have to put it in quotes) and I just don’t like reading about that focus. She was extremely shallow at times and there was literally one point in the book where I threatened to punch her in the face because I was SO MAD at her. I guess it’s hard to let go of your old life, but she just went back and forth and back and forth… With Paige as the MC, I can totally see why people ended up not liking the book. I’m glad I came out on the other side appreciating the story.
Jake: Jake was a laughable boyfriend. God, what a weird story line with him involved. Is he cheating on Paige with Lacey? Is he crazy? Is he violent? So many weird questions, some of which I felt didn’t quite get resolved. He’s definitely one of those characters created so you’re destined to root for the Other Guy. Speaking of which…
Ethan: I loved Ethan. He was like one of those guys that I would just totally be friends with. I know he was portrayed as somewhat “weird” in the book and what’s funny is that in high school, I guess I would have seen it as a little weird and as an adult THAT’S EXACTLY HOW I ACT. God, I hate high school sometimes.
Lacey: God, what the hell was up with Lacey? I don’t know if you’re supposed to like her in the end, but I just really, truly hated her. She was a Mean Girl for sure!
Nikki: Nikki was kind of a throwaway character for me. She really was a character with little substance. She went from shallow to series and kept swinging back and forth. I hardly knew what to think of her.

It was a good read for me but I also did have some issues with it. I can totally understand why people were all over the board with ratings but I still enjoyed it. 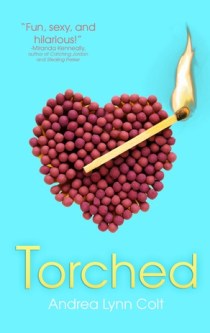 11 thoughts on “The Princesses of Iowa – M. Molly Backes”