Seventeen-year-old Parker Frost has never taken the road less traveled. Valedictorian and quintessential good girl, she’s about to graduate high school without ever having kissed her crush or broken the rules. So when fate drops a clue in her lap—one that might be the key to unraveling a town mystery—she decides to take a chance.
Julianna Farnetti and Shane Cruz are remembered as the golden couple of Summit Lakes High—perfect in every way, meant to be together forever. But Julianna’s journal tells a different story—one of doubts about Shane and a forbidden romance with an older, artistic guy. These are the secrets that were swept away with her the night that Shane’s jeep plunged into an icy river, leaving behind a grieving town and no bodies to bury.
Reading Julianna’s journal gives Parker the courage to start to really live—and it also gives her reasons to question what really happened the night of the accident. Armed with clues from the past, Parker enlists the help of her best friend, Kat, and Trevor, her longtime crush, to track down some leads. The mystery ends up taking Parker places that she never could have imagined. And she soon finds that taking the road less traveled makes all the difference.

GOLDEN by Jessi Kirby was definitely one of my more anticipated reads of Spring 2013. Like many, I’m sure, I was drawn in by the possibility that our main character Parker Frost was possibly related to the great poet Robert Frost. I’m not normally one for poetry but I kind of adore Frost due to some connections that I made to his works in high school, so I was pretty excited for this fictional historical tie-in. The sad thing was… It never happened. Let me explain.

Parker Frost is your average over-acheiving teenager. Not in a bad way that gets tedious as you read about her road to perfection, but in a way that her mother has pushed her all her life NOT to be like her free-spirit writer/poet father who is apparently NOT related to Robert Frost because the book never went there. Nope. He’s just a really big fan.

Now don’t get me wrong — This sounds a lot like complaining (okay, it is just a smidge) but I actually really did enjoy the book! I haven’t read Jessi Kirby’s previous works (which I want to now) so I wasn’t sure exactly what to expect. What I found was a great story about Shane and Julianna, the high school’s former golden couple who had died in a tragic accident and an interesting twist as Parker discovers a little more truth to what may have happened that night. I enjoyed the mystery but I was a little frustrated with how it was laid out. I felt like Shane & Julianna’s story absolutely took precedence and I never got to really get to know Parker outside of the fact that she feels pressure from her mother to excel. I wasn’t connecting with Parker because so much of her story was dependent on the secrets of Shane & Julianna. I also didn’t connect with Shane & Julianna because they weren’t actually present in Parker’s life and interacting with her. I really liked the idea of what Jessi Kirby was doing with the book, but for me it just didn’t pull me in and really make me FEEL for these characters.

That being said, Jessi Kirby does have a nice way with words. I was actually drawn in immediately after the first chapter and I had really high hopes as to where the book would go from there. I didn’t feel like most of the chapters followed with the same passion, but there were definitely some really beautifully laid out moments. I guess I just have a lot of mixed feelings, really. Many great things but I was just left hoping for more the whole time.

Parker: I can see where Parker is coming from — I was the same way with my parents, although slightly less intense and I was never pushed to feel like I had to get stressed about school. I would think that would help me connect with her, seeing a lot of common ground between us, but I really felt like she was never really developed on her own as a character. She was twisted into the story of Shane & Julianna and I felt like she didn’t really get her own chance to shine, to speak to the readers, to develop her own relationships… She just fell a little flat for me.
Trevor: I never felt the connection with Trevor either. I wasn’t sure if he was a shmoozer or if we as the readers are supposed to swoon for him. It wasn’t until the end of the book that I was like, “Ohhh okay. We ARE supposed to like him” but by that point in time, it was too late. I didn’t see a lot of genuine connection between him & Parker for most of the book.
Josh: Josh was actually my favorite character. That probably sounds weird because if you haven’t read the book, you’re like “Who the eff is Josh???” He’s the guy in his 20s who works in the coffeeshop. He’s got tattoos and looks like kind of a bad boy and he’s totally intimidating which means that he’s got a sexy smoldering thing going on. Also, I pictured him as Jess from Gilmore Girls (not Milo Ventimiglia, but Jess. There’s a difference.) so that helps a lot too!

I felt like I complained about this book a lot in my review, but I honestly didn’t hate it. I was just so excited for it that I was a little disappointed AND it was totally missing the Robert Frost connection that I was really, really hoping for… I did enjoy the book though! 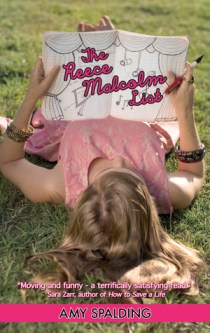 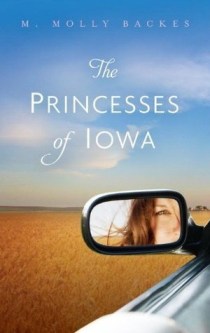