Katniss Everdeen, girl on fire, has survived, even though her home has been destroyed. Gale has escaped. Katniss's family is safe. Peeta has been captured by the Capitol. District 13 really does exist. There are rebels. There are new leaders. A revolution is unfolding.
It is by design that Katniss was rescued from the arena in the cruel and haunting Quarter Quell, and it is by design that she has long been part of the revolution without knowing it. District 13 has come out of the shadows and is plotting to overthrow the Capitol. Everyone, it seems, has had a hand in the carefully laid plans--except Katniss.
The success of the rebellion hinges on Katniss's willingness to be a pawn, to accept responsibility for countless lives, and to change the course of the future of Panem. To do this, she must put aside her feelings of anger and distrust. She must become the rebels' Mockingjay--no matter what the personal cost.

This is my second time around reading the entire trilogy of THE HUNGER GAMES and honestly, I was hoping as I went into MOCKINGJAY the second time around that I would come out on the other side with a better overall opinion of it. When I first read MOCKINGJAY, I wrote in my Goodreads review that I felt like it ended much too quickly and I was really disappointed with the turns it took. The beauty of re-reading this book via audiobook was that I wasn’t allowed to rush through anything. Here’s the thing: Whenever I get excited about ANY part in a book, I rush rush rush to read and find out what happens. I skip paragraphs of description and just read dialogue, I jump to the next page, I skim through pages so I can get to the end faster… And I totally think that ruined my reading experience the first time around! MOCKINGJAY still isn’t my favorite book of the series by far, BUT I did rate it a whole star higher on Goodreads this time around!

So that probably should have been the last paragraph of the review, but somehow it’s the first. I gave away the ending!!!! Oh well. Moving on… I think MOCKINGJAY was my least favorite of the series for a few reasons. For one, I felt like Katniss was exceptionally whiny in this book. I mean, yes, no kidding that she has a ton of crazy stuff to deal with (and I also partially blame the narrator of the audiobook because I think she has a really weird voice which is NOT how I would have Katniss sounding in my head at all) but I see less and less of her bravery and determination in MOCKINGJAY. Too many times I felt like she was giving up instead of using her “fire” (ha) to fight back.

I also really did not like the development of the love triangle in this book. I was already more on Gale’s side than Peeta’s so the whole hijacked-Peeta did not help me like him more in this book. I remember through the first read it was annoying and almost painful to read about Peeta hating Katniss so much, but somehow this time around, it didn’t feel nearly as abrasive at all.

Then there’s my issue with seemingly all final books in dystopians: The politics. I’m rarely interested in political story arcs in books. I’m just not interested in politics in real life and fictional politics often frustrate me instead of interest me. Now I get that the entire trilogy is kind of centered around this political aspect (whoops?) but MOCKINGJAY really gets into the ins and outs of how to take down President Snow and the capitol and some of it just lost my interest. Oh, and I TOTALLY forgot about the epilogue. Probably because it was super cheesy. I really could have done without that.

I’m really glad that MOCKINGJAY turned out to be a better read for me the second time around, but it still was my least favorite of the series. I really think the audio version helped me with pacing but took a little away from how I felt about Katniss as a character.
Would I re-read the series again? I’m actually not sure. Usually I’ll re-read my favorite series until the cows come home, but at least for now, I feel satisfied with going back over these books once. I may skim through CATCHING FIRE before the movie comes out and I really do feel like I can always go back to THE HUNGER GAMES and enjoy it, but I don’t know if I really want to push as far to read MOCKINGJAY for a third time.

Katniss: This was my least favorite version of Katniss in the series. Even though I’m sure she was supposed to be somewhat falling apart in this book, I really FELT like she was and it was getting a little annoying. The back and forth between Peeta and Gale… the awkwardness that she was… It just really started to bother me in MJ.
Peeta: Just when I was starting to like Peeta in CF, they hijacked him in MJ and make him unlikable. It made it really hard for me to root for Katniss & Peeta to end up together, even after I knew how the series ended.
President Snow: I kind of feel like Snow lost some of his creepiness in this book. He was breaking down, but I wanted him to be creepy until the end.

Well of course my advice is to read it… but I also think this is a good series to re-read! I actually liked MOCKINGJAY a lot more the second time around so I’m very glad I went through the whole series again! 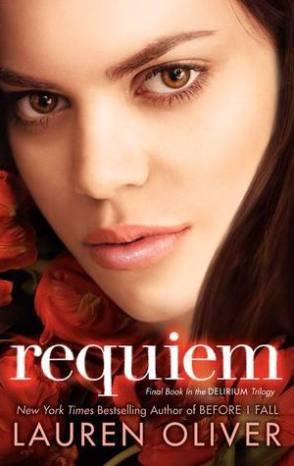