Revenge of the Girl With the Great Personality – Elizabeth Eulberg


Don't mess with a girl with a great personality!
Everybody loves Lexi. She's popular, smart, funny...but she's never been one of those girls, the pretty ones who get all the attention from guys. And on top of that, her seven-year-old sister, Mackenzie, is a terror in a tiara, and part of a pageant scene where she gets praised for her beauty (with the help of fake hair and tons of makeup).
Lexi's sick of it. She's sick of being the girl who hears about kisses instead of getting them. She's sick of being ignored by her longtime crush, Logan. She's sick of being taken for granted by her pageant-obsessed mom. And she's sick of having all her family's money wasted on a phony pursuit of perfection.
The time has come for Lexi to step out from the sidelines. Girls without great personalities aren't going to know what hit them. Because Lexi's going to play the beauty game - and she's in it to win it.

REVENGE OF THE GIRL WITH THE GREAT PERSONALITY (henceforth known as “REVENGE” because WOW that’s a mouthful) was one of those books that I deem “fun” due to Lexi’s titular great personality, but don’t be fooled by the sass and cleverness — REVENGE also has a lot of big issues surrounding Lexi’s family and friends.

I love the plot of the girl with the great personality. I mean, haven’t we all been there? I know this book hit a personal note for me because I spent most of high school being the third/fifth/seventh wheel, the last person asked to dances (if I even got asked), and that girl sitting on the couch while my friends flirted with boys. There wasn’t anything wrong with me — I was just the girl with the great personality, not the girl the boys wanted to flirt with or date or ask to dances. I happened to have friends who were gorgeous or flirtatious or rebellious so they got all the attention and I always felt like there MUST be something wrong with me… It was a great story to identify with for me and I’m sure many other girls can relate! When Lexi goes through her makeover phase, she does start to get attention from the boys, but then she has to figure out A) if that’s the only reason she’s getting attention and B) is it worth it to totally change herself just to be noticed. She goes through a lot of personal changes throughout the course of this book and I loved how Eulberg brought us through that process.

I think the thing that I loved most about this book — in the most terrible way possible — was how awful Lexi’s mom was. A big part of this book is Lexi’s sister Mackenzie’s involvement in beauty pageants and their mother being the stereotypical “pageant mom”. Right off the bat we find out that all of the money Lexi’s mom makes goes into pageants — even over things like electric bills at times — so Lexi is forced into being the responsible one as far as money goes. That’s such a tough spot to put a teenager in and all of those interactions with Lexi and her mom… Gosh, my heart just broke seeing Lexi having to act like a parent to her family and watching her many failed attempts to get through to her mother that there are WAY more important things than pageants.

I also need to say that I LOVE that Elizabeth Eulberg let this story be about Lexi and Lexi alone. There were so many secondary characters who could have had runaway story lines (crazy pageant mom, parents’ divorce, fight with best friend Cam, gay best friend Benny & his first real romance, Logan & Alyssa romance, Mackenzie participating in pageants) but none of them went off on their own tangents. All of these characters did have their own issues going on, but they were all in the story to support Lexi and help tell her tale and I really loved that. I feel like I’ve read a few books recently where we get a little TOO into secondary characters and start to lose focus of the main character so it was nice to read REVENGE with the sole focus of Lexi and how all of these invents involving the people around her were affecting her life.

REVENGE was a great book that combined romance and big life issues in a very realistic way. I’d definitely recommend it to anyone who’s felt like “The Girl with the Great Personality” at any point in their life!

Lexi: Lexi was a great character for me to identify with. Obviously I’ve felt like “that girl” who is perfectly normal but somehow never the one guys are attracted to (honestly… I think it’s just high school boys haha – they always want the obvious). She goes through some big life changes and her personality shines in this book. I really like that she discovers everything herself and it felt really realistic for me. You know your friends can tell you something a million times but until YOU realize it for yourself, it doesn’t make a difference and that’s what Lexi went through. Loved it.
Logan: I like that Logan was left a likable guy for most of the book. He’s Lexi’s big crush BUT he has the gorgeous girlfriend Alyssa. HMMM. I smell trouble. I like that he didn’t come across as jerky though so it was still up in the air whether I really wanted Lexi to be with him or not!
Taylor: Okay, I LOVED Taylor. He would be the one that gets interested in Lexi close to the beginning of the story and we readers have the question, “Is it because of Lexi or because of her new makeover?” Regardless, I thought he seemed pretty genuine, and of course Elizabeth Eulberg throws this little gem at me… I mean, seriously. She was asking for it!

Elizabeth Eulberg’s books are just SO much fun. This was a quick and really great read for me. I appreciated so much about it!

BOOKS LIKE REVENGE OF THE GIRL WITH THE GREAT PERSONALITY 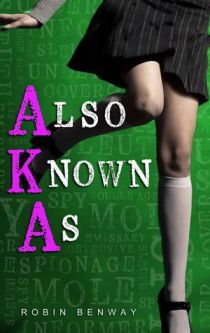 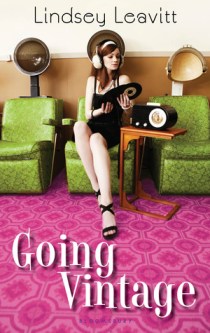