Sixteen-year-old Sera is the only survivor of an explosion on a plane. She wakes up in hospital to find that she has no memory. The only clue to her identity is a mysterious boy who claims she was part of a top-secret science experiment. The only adult she trusts insists that she shouldn’t believe anything that anybody tells her. In a tense and pacy novel exploding with intrigue and action, Sera must work out who she is and where she came from. Eventually she will learn that the only thing worse than forgetting her past is remembering it.

I feel like I need to preface this by say that I was really, really skeptical about this book before I started because I feel like I saw so many 3 star & under reviews when the book first came out. I am so glad I decided to still give it a shot because honestly? I don’t 100% sure remember what those reviews didn’t like about it and I can take a few guesses… but personally, I really did enjoy it!

That being said, I think this book worked well with me in the end because the twists were so “me”. I don’t really want to go into what those twists were because, hello, spoiler alerts galore — I’ll just say that the direction the book was taken just suited some major elements that fascinate me. Those twists may have been what totally turned other people off and they just drew me in more, so I guess I can see if people were disappointed in that. I found it kind of fascinating!

UNREMEMBERED is a hard book to talk about for me because I feel like even though I was really interested to see what was happening, I still found myself jumping straight to dialogue from time to time instead of reading all of the in between descriptors. Usually that means one of two things for me: 1) I’m so excited that I can’t wait to see what happens next so I jump to the meat of the story or 2) I’m trying to hurry to finish the book because I’m not entirely interested in the “filler” of the book and just the meat of the story. With UNREMEMBERED, I was definitely enjoying the book but I honestly can’t tell you which category I fell in when I was skipping to the dialogue. It was a little bit in the middle of the two, I’d have to say.

I will say that one thing I didn’t care for was the beginning of the book simply because our MC is SO affected by this amenesia that she not only is missing details about herself, but doesn’t remember things like HUGS and JOKES. I get erasing specific memories, but that seemed above and beyond things that would be forgotten and/or erased and frankly, it bothered me. I was glad that it wasn’t like that throughout the whole book or I really would have been annoyed. Things got better once the book started progressing and I started to feel like Sera/Violet was seeming more like a normal person (well, as normal as you can get with her abilities/strengths).

There was a romance… I was just ‘meh’ about it. I didn’t hate Zen but I was never crazy over the whole romance in the book either. It was necessary though as a driving factor for a lot of the book. I just didn’t swoon over the guy, that’s all!

I guess I would have to say for those looking to pick it up that be aware that this is a bit more sci-fi than paranormal. I thought it was going to be a lot more paranormal (maybe I was assuming so because it involved a plane crash and I was equating it to Lost subconsciously? Even though that’s sci-fi and not paranormal…  but there are many more science fiction elements than paranormal. I enjoyed the book because those elements present were definitely suited to my tastes and I can easily see how finding those out may turn other people off, if that’s not their bag. I’m happy that I still read the book because for a while with those negative reviews that I read, I was growing increasingly scared. It just goes to show you that so many people have different reading tastes and really all books are worth a try! You never know what you may love that someone else didn’t.

Sera/Violet/Jane Doe: I’m going to call her Sera since that’s what the blurb focuses on… I definitely didn’t like her in the beginning actually. With a mind wiped blank and so many silly little things lost that I didn’t think were necessary, she bothered me. Once we started to get into the main plot of the story…. Well, she still wasn’t my BFF, but I did like her and her story a lot more! I was still on her side and anxious to see what was going to happen.
Lyzander aka Zen: Zen is our love interest in this book and he was perfectly nice, but again, another character that I didn’t really get into too much. I never really swooned for him like I have for other book crushes, but it also wasn’t like “What does she see in him” — I was somewhere in the middle of the road for him.

I really ended up enjoying this book! It didn’t TOTALLY bowl me over but I really had a great time reading it and I’m definitely interested in continuing. I can’t wait to see what happens next!!! 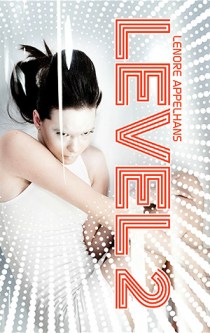