Proud to be a Nerd!

I’ve noticed a trend recently with some of the books that I’ve really been enjoying in the past months. A lot of them have been NERD BOOKS. So many of the books I’ve really liked recently have had a nerdy heroine, a dorky guy, or a generally geek-tastic theme!

So why have I enjoyed these books so much? To put it simply, being a nerd is fun! Clearly I can relate (I think we’re all book nerds here…) and maybe not to the full extent of the characters since unlike a few of them, I don’t get as into things like video games and comic books, but even if it’s not the same kind of nerdiness, I still love geeking out with them! The themes are just plain fun!

Another reason is that I love seeing these characters own their inner-nerd. I absolutely love the confidence that the characters either A) have maintained and totally owned because they love who they are or B) are finally able to gain once they eventually do become comfortable with themselves. It’s nice to see them truly happy with the person that they are and not afraid to show it!

Lastly, I love nerdy hot guys. There’s something so sexy about a guy who is cute and smart and clever and I’ve gotta say… The brains matter more than body! I’ve never been into muscles, and sports are great but jocks never really did it for me either. Give me a witty, nerdy guy any day!

So first and foremost, I’m going to share my favorite nerdy books! If you’re looking for a new, fun read, I highly suggest starting with these!

Book: Blaze (Or Love in the Time of Supervillains) by Laure Boyle Crompton
Read For: Fun! Swapped with a fellow blogger.
Quick Summary: Blaze (yes, that’s her real name) is way into comics. She finally starts talking to her big crush Mark… But is he what he really appears to be?
Nerd Factors: Comic books, Blaze’s own superhero, Comic Con, little brother
Review: Blaze (Or Love in the Time of Supervillians)

Book: Ready Player One by Ernest Cline
Read For: A jolly nerdy time! Heard great things about it
Quick Summary: The 80s are kickin’ it in the future and Wade goes off on a virtual quest to find a late technological genius’ fortune hidden inside the virtual world.
Nerd Factors: Virtual reality, 80s pop culture, video games, speculative future, a world where geeks are king!
Review: Ready Player One

With as much fun as I’ve had lately, I can’t count out my favorite TV nerds. These have become some of my favorite shows and not just in the nerd category — Of all time!

CHUCK. I mean, come on. ZACHARY LEVI. I fell in love with him on this show. Chuck is the epitome of the nerdy-hot guy, for sure. 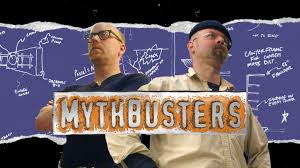 So those are my favorite ways to nerd out! I for one can say I’m proud to be a nerd. A book nerd forever and so much more!

Are you proud to be a nerd? What are your favorite geeky books? TV shows? Movies? Let’s nerd out together!!!

New thriller #bookhaul! I purchased these off @pan

Looking for some good world-building? Get lost in

I love a good “locked room” thriller where cha

Went put to run errands… forgot that my “readi

They changed @goodreads and can we please all coll

I listened to these books as early reviewer copies

I still remember my reading experience for all of