Before this all happened, the closest I'd ever come to getting physical with a guy was playing the board game Operation. Okay, so maybe that sounds pathetic, but it's not like there were any guys at my high school who I cared to share more than three words with, let alone my body.
Then I met Wes, a track star senior from across town. Maybe it was his soulful blue eyes, or maybe my hormones just started raging. Either way, I was hooked. And after a while, he was too. I couldn't believe how intense my feelings became, or the fact that I was seeing—and touching—parts of the body I'd only read about in my Gray's Anatomy textbook. You could say Wes and I experienced a lot of firsts together that spring. It was scary. It was fun. It was love.
And then came the fall.

After everything that happened - my first boyfriend, my first time, my first breakup - jumping back into the dating game seemed like the least healthy thing I could do. It’s not that I didn’t want to fall in love again, since that’s about the best feeling ever. But as a busy college premed still raw from heartbreak, which is the worst feeling ever, I figured I’d lie low for a while. Of course, as soon as I stopped looking for someone, an impossibly amazing - and devastatingly cute - guy came along, and I learned that having a new boyfriend is the quickest way to recover from losing your old one.
The moment we got together, all my preconceptions about romance and sex were turned upside down. I discovered physical and emotional firsts I never knew existed. I learned to let go of my past by living in the present. It was thrilling. It was hot. It was just what the doctor ordered.
But I couldn’t avoid my future forever.

ANATOMY OF A BOYFRIEND is one of the most realistic young adult/new adult novels I’ve read. I’m actually not 100% sure whether I would classify this as young adult (since half of it takes place in high school and deals with normal high school coming-of-age things) or new adult (since half of the book takes place in college and there are many instances of uncensored realistic situations involving sex, and that seems to be a big defining factor of NA). Either way, one of the reasons that I enjoyed this book so much was that the author didn’t shy away from the sensitive subjects just to keep the book lighter or open to a younger audience.

The thing I loved the most about ANATOMY OF A BOYFRIEND was that Dominique (or Dom) seemed like just a normal teenage girl and very much what I was like in high school. I hadn’t really dated anyone (nothing serious), I actually liked school (although I was never in Quiz Bowls and the like), and I felt like she was just a normal kid. The conflicts and situations in ANATOMY OF A BOYFRIEND were just your every day first date/first kiss, friendship, and relationship drama. I kind of loved that there weren’t too many majorly dramatic instances because those little things WERE dramatic in high school for me and those were all the kinds of things I dealt with as a teen. It was almost like a little flashback at times, especially with Dom and Wes’s IM conversations. Oh, girl. I had plenty of AIM conversations with boys I had crushes on in high school. They weren’t pretty because like Dom, I had a hard time holding back what I really wanted to say, even if it was overly emotional or possibly gushing over a relationship too quickly.

Okay, so let’s talk about the uncomfortable part of this review (maybe) where I bring up the sexy details… That actually weren’t that sexy — And I don’t mean that in a bad way! Dom is very unexperienced as far as relationships and sex goes so this book is also part of her exploring her sexuality. Daria Snadowsky doesn’t shy away from chronicling the details which I would imagine would make some people uncomfortable to read, but I just thought it was realistic. It isn’t always pretty and first times are super awkward, but in a way, I think that’s a little comforting to hear. These things don’t always go well and they WILL be awkward for many first times. Luckily for Dom, she has a very experienced best friend Amy who helps her with some guidance and is kind of the story’s anchor in that respect. Dom always has someone to go to for questions or to share stories so I think Amy’s character was important in that respect so Dom wasn’t totally floundering and then things just get even more awkward!

I felt like ANATOMY OF A BOYFRIEND really just hit it home with the realism and that’s why the book was so good. It was simple, yet entirely epic since these relatable tales of relationships, school, boyfriends, and sex are all epic moments in a teenager/young adult’s life. I really enjoyed reading Dom’s story — like she was a best friend of my own so I immediately picked up ANATOMY OF A SINGLE GIRL after finishing the first book.

ANATOMY OF A SINGLE GIRL was a little less relatable to me. Book two deals with Dom as a freshly single girl in the summer after her first year of college. She’s trying to figure out how to be a single person after this huge break-up and if she even wants to get back in a relationship again. I still enjoyed the a book a lot, but there wasn’t that element of “total relatablility” as I had with book one.

I really liked seeing Dom go through some typical college experiences as well. Through the encouragement of her friend Amy, she starts hooking up with super cute college boy named Guy. Dom’s true nature comes through when she has trouble separating all of her future & planning thoughts once they start hooking up which I couldn’t help but giggle at because that is SO one of my best friends. Dom felt a little different to me in that respect because she did change in so many ways from the first book but still has the same basis of beliefs and morals… With a few exceptions.

While ANATOMY OF A BOYFRIEND deals more with the firsts and high school love, ANATOMY OF A SINGLE GIRL is a bit more “new adult” and dealing with Dom’s personal decisions to even start a relationship or something purely physical as well as balancing work, family, and boys. The themes are a bit more adult as far as planning a future goes versus the excitement and drama or a first love/boyfriend.

Both were extremely enjoyable books that I read pretty much in one afternoon. They’re quick reads which was nice and it was great to be able to relate to Dom so well. If you’re looking for a good realistic contemporary, these are excellent choices!

Dom: Dom honestly felt like a mix of me and my friends when we were teenagers. We ALL went through that first crush/first boyfriend phase and at times it was romantic, at times it was awkward, and at times it was scary. I think she’s just the average American teenage girl that so many readers will be able to relate too. She wasn’t overly nerdy, she wasn’t overly popular. She was a character I could understand. As said in my review above, I kind of feel like she was my own friend in this book and now I want to see what happens to her in college!
Wes: Wes was very much an amalgam of all of the boys I had a crush on/dated in high school. I’m sure he ends up being that person for a lot of readers, but yes — Seemed like the typical teenage boy. I actually liked how he ended up changing in college. Not to sound mean, but I just loved every ounce of realism in this book. That HAPPENED to me (in high school still, but you know) and I’m sure it happened to many other people too. Anything I can related to just gets a thumbs up.
Amy: Amy was the perfect character to be Dom’s best friend. She needed a… sexual guidance counselor throughout the book and that was Amy. It would have be so much more awkward for Dom to try to figure those things out on her own.
Guy (book two): Guy was kind of dreamy and I thought it was hilarious how much he got to nerd out with Dom since there were both science people. He seemed pretty cool and laid back except for when it came to those cute little moments when he missed Dom or was excited to see her. I liked their relationship in this book. And I really like how the book ended between the two of them. 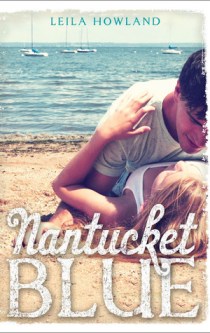 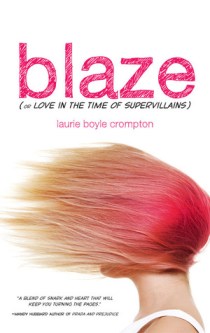