Old Gods never die… Or so Athena thought. But then the feathers started sprouting beneath her skin, invading her lungs like a strange cancer, and Hermes showed up with a fever eating away his flesh. So much for living a quiet eternity in perpetual health. Desperately seeking the cause of their slow, miserable deaths, Athena and Hermes travel the world, gathering allies and discovering enemies both new and old. Their search leads them to Cassandra—an ordinary girl who was once an extraordinary prophetess, protected and loved by a god.  These days, Cassandra doesn’t involve herself in the business of gods—in fact, she doesn’t even know they exist. But she could be the key in a war that is only just beginning.  Because Hera, the queen of the gods, has aligned herself with other of the ancient Olympians, who are killing off rivals in an attempt to prolong their own lives. But these anti-gods have become corrupted in their desperation to survive, horrific caricatures of their former glory. Athena will need every advantage she can get, because immortals don’t just flicker out.  Every one of them dies in their own way. Some choke on feathers. Others become monsters. All of them rage against their last breath. The Goddess War is about to begin.

I actually feel like I’ve been getting a bit burned out on mythology retellings lately because I really just haven’t been able to connect with them, but ANTIGODDESS seemed to turn that trend around! I think I finally figured out that the thing I wasn’t connecting with on other mythology retellings was the fact that the old worlds of the gods and the modern day worlds weren’t meshing well together for me. What I loved about Kendare Blake’s gods is how well they actually DO fit in the modern world and how much personality they really have!

Thinking back on all of the mythology retellings I’ve read, I feel like there are two ways they can go: Gods pop up in modern times out of nowhere from ancient times OR gods have been on Earth this whole time and are now technically thousands of years old and still look like teens (because let’s face it, we’re reading YA and they’re gods. Of COURSE they’ll keep the young adult look). ANTIGODDESS falls in the latter with gods like Athena, Hermes, Apollo, and more roaming the Earth since the ancient times. The best part about them is that yes, they are ancient, but they’re also VERY modern at the same time. Modern clothes, modern slang, very modern language… And modern sarcasm. I was lucky enough to be on the ANTIGODDESS blog tour and hosted Kendare for a guest post on the humor in her books — It was one of the things that attracted me so much to ANTIGODDESS — and it was wonderful how that sense of humor and sarcasm really helped build real characters for me. Each character really came to life for me, making the book so easy to get into.

I loved how the ancient world and the modern world really blended. If there was a grudge from 2000 years ago, you better believe that god is still holding a grudge now… and has been all this time. Personality traits stick for all those years. Romances are revisited. I felt like I got a real sense of history. I’m starting to realize that I connected more with ANTIGODDESS because we get chapters from Cassandra’s POV AND Athena’s. Instead of tell, tell, tell to Cassandra what happened and why things are the way they are, we get to see Athena’s life. I think this was a big case for “Show, Don’t Tell” — something I somehow didn’t realize until I sat down to really think about it and write my review — but it totally makes sense. For the retellings I’ve read so far, the POV is usually from the character who is finding out about the gods, not who IS a god, so they get a lot of information from other sources. It was really nice to have that background from the main character instead of having to learn everything from someone else and be told as information versus getting that as a piece of a character’s history. I definitely felt more involved!

I also really liked the story that was going on in this book. It was interesting to see the gods losing their power versus a human interacting with the all-powerful gods of Olympus. It was definitely and interesting twist and I loved figuring out the mystery of why they were dying and how it was even possible. I mentioned the characters before, but I’ll say it again — they really felt real with all of their flaws, the sarcasm, the humor. I was actually more of an Athena fan than a Cassandra fan, just because I’m a sucker for banter and the gods totally killed it. Plus, OH HI Odysseus. Who knew Odysseus was so attractive? Be still my demigod-loving heart!

Even if you’re burned out on mythology for the time being, ANTIGODDESS is still a fun retelling and blending of the old and new and totally worth picking up! I’m so glad I was on the blog tour to push me to read it when I was once hesitant about another mythology retelling. I had a blast reading it and I absolutely love Kendare’s characters!

Cassandra actually wasn’t my favorite just because she was a little too… Goody-goody for me. She wasn’t ALL goody-goody, but there was just that sense of her personality. Aidan was her protector and she was kind of a damsel. Unaware and vulnerable. I think I just connected with Athena’s personality way more!
Athena // Character Obsessions: Feathers, fighting, reason.
Athena was pretty badass. I loved how she was wise (obvs. It’s Athena… And she’s also thousands of years old) and she was a take-charge kind of girl (or… thousands of years old woman. Erm… god). I really loved her personality overall and she was definitely my kind of character! The banter between her and other characters (usually Hermes) had me laughing out loud and really connecting with her.

Kept Me Hooked On: Mythology. Just when I was about to kick it to the curb, Kendare Blake showed me that mythology retellings, when done well, are extremely enjoyable!
Left Me Wanting More: Hmm, I’m actually not sure what. There was a tiny bit of something that kept me from really being wowed, but I can’t really put my finger on it.

I’m not sure if this is a full-on “BUY” recommendation, but if you come across it somewhere, it’s definitely worth the read and I do recommend it! 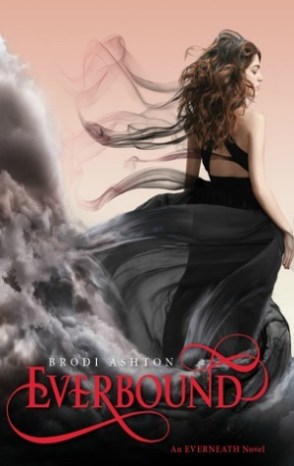 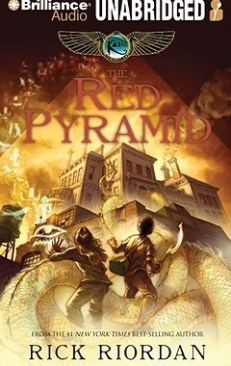