The Selective Collective reads THE F-IT LIST by JULIE HALPERN

Before I dive into the review, here’s a little bit more about the book:

With her signature heart and humor, Julie Halpern explores a strained friendship strengthened by one girl’s battle with cancer.
Alex’s father recently died in a car accident. And on the night of his funeral, her best friend Becca slept with Alex’s boyfriend. So things aren’t great. Alex steps away from her friendship with Becca and focuses on her family.
But when Alex finally decides to forgive Becca, she finds out something that will change her world again—Becca has cancer.
So what do you do when your best friend has cancer? You help her shave her head. And then you take her bucket list and try to fulfill it on her behalf. Because if that’s all you can do to help your ailing friend—you do it.

I loved the balance of THE F-IT IT LIST. Obviously going into it, I knew the book was about our main character Alex who finds out that her best friend Becca has cancer which kind of scared me. I was afraid I was in for an emotional ride that would leave me in shambles, but Julie Halpern has a unique way of writing that adds a lot of quirk and fun into her characters to keep a good balance between the positive and the heavy hitting topic of cancer. Both the highs and the lows in the book were equally addressed and I really got to see a wide range of realistic situations.

I loved the loyalty and best friendship between Alex and Becca. Even though they were on the outs for a long time due to what Becca did, they truly are best friends and when it may be a matter of life or death (although Alex doesn’t like hearing that), they’re able to mend their friendship. Alex is truly there for Becca when she needs it most and I loved seeing how deep their friendship really is, especially when it comes to completing tasks on Becca’s “F-It List” — her own personal version of a bucket list. Alex takes on the F-It List with determination and helps Becca complete all the items she can for her — or helps her do the ones she can herself — and I think the list itself really helps bring them even closer.

I loved how unconventional Alex’s character was, as well as Leo’s, and how well they worked together. Their relationship is born from an extreme love of horror movies and curiosity and it totally works. I wouldn’t say Leo Dietz is swoony, but he’s more the kind of character who draws you in because he’s a little bit mysterious, a little bit intimidating, and a little bit more conventional than Alex even is. I was definitely intrigued to see what he was all about and if his relationship with Alex would stick or if it would end in total disaster. I felt like the two of them together worked in a very strange way and just the slightest thing could set them off on a dangerous course so I was definitely intrigued by the two of them!

I also really enjoyed Alex’s family dynamic. We meet her shortly after her father has died in a tragic accident so your heart just goes out to the family and it’s a very precarious moment to meet them in. Alex isn’t as emotional as her mother so however she’s handling her father’s death isn’t really seen from an outsider’s POV… But she also has a steady job that helps support her family and she still loves and cares for her mom and her two brothers. I really liked the scenes with her family all together and how they interacted and affected Alex’s decisions in life.

I will issue a heads up that the book has a lot of sexual activity and we’re introduced to it right off the bat. It may be enough to turn some readers off if they’re not prepared for it so just make sure you’re aware of that before you start! The back of the ARC said for ages thirteen and up, but I think the content is much too mature for thirteen. I actually really liked that the language didn’t shy away from lots and lots of swearing (the book IS called THE F-IT LIST afterall, so you know what that’s short for) because well, that’s how we talked in high school (still do). If you’re looking to recommend this to other teens though, just be aware of those two things before you do! Oh, and there’s also a complete copy of Becca’s F-It list in the back of the book (or at least, there was in my ARC) if you want to check it out before you start, just to get a feel for the book.

Alex // Character Obsessions: Horror, horror, and more horror; helping Becca complete her F-It List.
I really liked Alex right off the bat. She seemed totally fearless and didn’t give a damn what anyone else thought of her. I thought it was really nice to see a “different” kind of main character and someone less conventional. It was really interesting to see the world from her eyes and the different relationships she formed.
Becca // Character Obsessions: The F-It List, beating cancer, boys.
Becca definitely has a lot of spunk! Even as she’s fighting cancer, going through chemo, and getting radiation treatments, she’s still making jokes and even trying to keep Alex’s spirits up. She’s got a big of a flare for the drama, but she has so much heart. I really liked her! 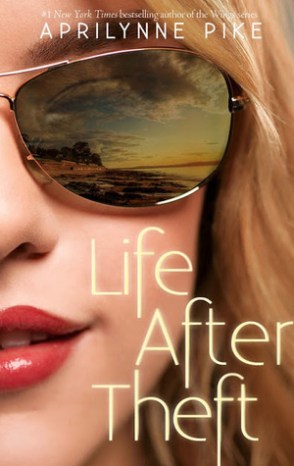 Please don’t forget to check out the features from the other ladies in The Selective Collective! We each have a post to feature a different side of THE F-IT LIST so please go visit their take on the book as well!

Who are your favorite thriller authors? These are

Flashback to 2012 reads! Complete with a hit song

New thriller #bookhaul! I purchased these off @pan

Looking for some good world-building? Get lost in

I love a good “locked room” thriller where cha

Went put to run errands… forgot that my “readi

12 thoughts on “The Selective Collective features The F-It List: Review”