Life. Possibility. Choice. All taken from Adelice by the Guild—until she took them back.
But amid the splendid ruins of Earth, Adelice discovers how dangerous freedom can be. Hunted by soulless Remnants sent by Cormac Patton and the Guild, Adelice finds a world that’s far from deserted. Although allies are easy to find on Earth, knowing who to trust isn’t. Because everyone has secrets, especially those Adelice loves most. Secrets they would kill to protect. Secrets that will redefine each of them. Torn between two brothers and two worlds, Adelice must choose what to fight for.
Altered is Gennifer Albin's thrilling sequel to Crewel. Adelice is about to learn how tangled up her past and future really are. Her parents ran to protect her, but nothing can save her from her destiny, and once she uncovers the truth, it will change everything.

The ONE regret I have about my read of ALTERED…? That I didn’t re-read or at least skim CREWEL first! So many things happened in CREWEL, especially the end, that I needed a really spoilery review or… ya know… my own copy of the book (I had borrowed it from Alyssa when I read it so I didn’t have one on hand!) so if you’re planning on reading ALTERED (which is a good idea!!!), I suggest you brush up on CREWEL first!

I really, REALLY enjoyed ALTERED! I had been left just hoping for a tiny bit more of the time/space manipulation aspect and a better visual of it when I read CREWEL and that had really affected my overall opinion. I definitely did not have the same issue with ALTERED! Gennifer Albin stuffed this book full of a whole ton of new abilities, new characters with different abilities, and more science-fictiony things!! I loved all of the new things, PLUS going further into the structure and the nature of Arras, PLUS seeing more of Adelice TOTALLY OWN IT.

Adelice totally grew on me in ALTERED. I got a feeling from her in the beginning of CREWEL that she was a bit timid — which I guess really made sense because that’s how the girls in Arras are brought up — but the more she finds out about herself, her family, Arras, and the rebellion, the more she comes into her own and really starts to take charge. I loved her new attitude and I think it really carried the book along as well! She’s faced with a lot of tough choices and there’s no doubt that they take a toll on her, but she’s really starting to grow up and fall into the role of this great Creweler that she is perceived to be.

So normally, I don’t like switches in love triangles. Usually when the focus switches to another guy, I tend to get upset because obviously I was made to fall in love with guy #1 first. In CREWEL, we do meet both Jost and Erik and honestly, they felt really similar to me. I finally started to see them breaking apart from each other in ALTERED and… let’s just say that I picked a favorite! I didn’t really expect to end up liking this sort of love triangle, but I totally did. I loved how the story went and bravo to Gennifer Albin for totally convincing me!

I think one of my favorite things in ALTERED was the collection of new characters. I loved Dante (and his complicated history), Jax, Kincaid… Ooooh, Kincaid. He is so complex and I LOVE it. Do you trust him? Do you fear him? So good! The ending was so interesting and I won’t give anything away on WHO and WHAT but — never thought I would say this — I’m hoping for a split POV in book three. I would LOVE to see a second POV from Character B along side Adelice but I guess time will only tell and I will have to wait patiently!

Adelice Lewys // Character Obsessions: Weaving, rebelling, learning.
Adelice has got a LOT on her plate but she totally owns it in ALTERED! I feel like we got past that awkward stage and she is totally in a kick-ass mindset with no one to hold her back. Loved her in this book.
Erik Bell // Character Obsessions: Rebelling, protecting, secret-keeping.
Erik is one of my new favorites and I totally didn’t see that coming! I liked him well enough in CREWEL but his character was definitely featured more in ALTERED and I really got to like him a whole lot more! His character also received a lot more depth and we find out some SECRETS that make it so much more exciting too! You’ll just have to read it to find out!

Kept Me Hooked On: Dystopians! I feel like I haven’t really been enjoying dystopians as much as I used to… Maybe I was just burned out — But Altered totally rekindled that love with some sci-fi elements and kickass characters and KISSING. Okay, well kissing is always there. But it always helps too!
Left Me Wanting More: Of my memory…  I may have the worst memory and reading retention in the blogging world. I did read CREWEL over a year ago so I can understand losing some, but I felt so out of the loop when I started ALTERED (and still loved it — so shows you how awesome it was)! I learned my lesson and will always go over book one before I start book two from now on!!

ALTERED was pretty fabulous! I think I may have even liked it more than CREWEL and thank GOODNESS I didn’t suffer from Second in a Series Slump! This is a kickass world and HELLOOOOO. Time manipulation! Could it be more me? 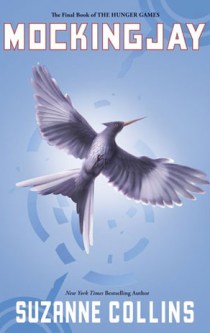 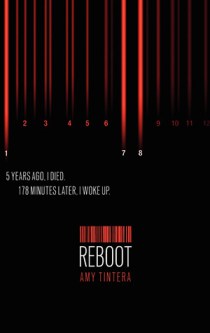