Ben could date anyone he wants, but he only has eyes for the new girl — sarcastic free-spirit, Ani. Luckily for Ben, Ani wants him too. She’s everything Ben could ever imagine. Everything he could ever want.
But that all changes after the party. The one Ben misses. The one Ani goes to alone.
Now Ani isn’t the girl she used to be, and Ben can’t sort out the truth from the lies. What really happened, and who is to blame?
Ben wants to help her, but she refuses to be helped. The more she pushes Ben away, the more he wonders if there’s anything he can do to save the girl he loves.

FAULT LINE was an incredibly emotional book after which I just wanted a hug. Christa Desir does an amazing job of pulling the reader into the story of Ben and Ani and honestly for me, it all felt insanely real. What really solidified it for me was the fact that I know Christa Desir is a rape victim activist so it was equally horrifying in the sense that I’m sure she’s heard stories exactly like this. Even though FAULT LINE is a work of fiction as far as the characters and this specific situation goes, I couldn’t help but think of all of the people this has actually happened to and my heart just went out to them as I was reading. It’s actually very hard for me to sit down and write a coherent review for this book because it was just so shocking and I felt so many FEELINGS that words just aren’t able to speak in place of the book itself.

I’m actually really glad that this book followed Ben’s POV, not because it would have been too difficult to read from Ani’s but because it brings an entirely different aspect to the overall story. Obviously from the synopsis and general buzz about the book, we know that something incredibly awful happens to Ani that not only changes her life, but affects her relationships and her overall view of herself. It was really eye-opening to see that through Ben’s eyes. Yes, Ani went through a horrible experience and it dramatically affected the rest of her life, but through Ben’s perspective, we get a better look at how it affects the people around her and how much this one event really turned everyone’s lives upside down. It was heartbreaking to witness and I really felt a special connection to Ben and just wished I could have been there for him through that struggle in his life. It was so hard for him to try to be there for Ani and acquiesce to what she was requesting versus deciding what really was the right thing to do in order to help her. There wasn’t always a clear path and everything just became so complicated and twisted after this one event.

I’m really glad that Christa Desir didn’t shy away from the messy, horrific details. There are some cases where I read books and feel like it’s an overshare as far as details go, but I think some of those really were necessary in FAULT LINE. It’s a very sensitive subject but the brutal honesty was important to the integrity of the characters as well as the overall subject matter. One of the things that really wrenched my gut was that Ani didn’t want to speak up after the incident. Now, I really can’t blame her because I wouldn’t want to tell people about something like that and I’m sure if I were in the same position (god forbid) that I’d probably shut down and completely internalize everything. The problem was that she wasn’t able to get any help and really couldn’t begin to heal from it until she allowed someone to help her. It was so hard to watch her struggle with this on her own and not know how to handle all of the emotional turmoil that came after.

I really appreciate how the book ended in the sense that there never really is an ending or a neat package with a bow on top of it to resolve an issue like this. After rape, physical abuse, assault… Really, there never is a happy ending and recovering from something as horrific as that takes much more time than one novel can cover. I really commend Christa Desir for putting these words on paper and getting this story out to teens and adults alike. It was very hard to sum up my feelings about this book because of the intensity and content so I just hope my words did it justice.

Kept Me Hooked On: Realistic issues. This was truly the definition of realistic fiction. Although technically I guess people can call it an “issues” book, I really don’t like that label. It definitely revolves around a serious issue and situation, but the story felt all too real to me and slapping a label on it like that seems to diminish the integrity of the book. As intense as it is, I really appreciate reading stories like this. I feel like they open up my eyes to issues that I don’t come in contact with on a regular basis and helps me become more aware of what may be going on in other people’s lives.
Left Me Wanting More: Of a voice. And I mean that in regards to myself. I want to jump through the book and speak for Ani, to say what she couldn’t and wouldn’t say, to be the voice for Ben as well. Obviously, even in real life, I wouldn’t be able to do that for someone else, but I ached to help these two teens through this situation and I wanted so badly to help them speak up and seek out help.

FAULT LINE is a very emotional story and one that will stick with you long after finishing. I really wasn’t able to pick up immediately after this and spent the rest of the day thinking about the characters and the book as a whole. FAULT LINE will move you and really sort of open your eyes up to situations you may never have even considered but that sadly do occur more often than we know about. It definitely stuck with me for a long time and although I think you should definitely be in the mood for an intense read, I highly recommend it. 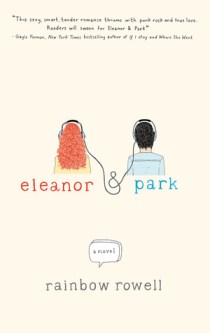 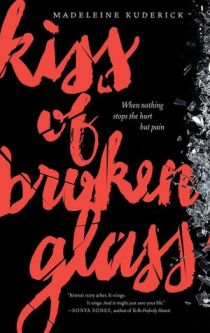