Meet Sloane Emily Jacobs: a seriously stressed-out figure skater who choked during junior nationals and isn't sure she's ready for a comeback. What she does know is that she'd give anything to escape the mass of misery that is her life. Now meet Sloane Devon Jacobs, a spunky ice hockey player who's been suspended from her team for too many aggressive hip checks. Her punishment? Hockey camp, now, when she's playing the worst she's ever played. If she messes up? Her life will be over. When the two Sloanes meet by chance and decide to trade places for the summer, each girl thinks she's the lucky one. But it didn't occur to Sloane E. that while avoiding sequins and axels she might meet a hockey hottie—and Sloane D. never expected to run into a familiar (and very good-looking) face from home. It's not long before the Sloanes discover that convincing people you're someone else might be more difficult than being yourself.

With MEANT TO BE as one of my favorite reads in 2012 (and just a favorite overall), I was so excited to hear that Lauren Morrill had another book coming out in 2014 after a long wait! I actually didn’t hop to reading BEING SLOANE JACOBS right away like I had planned and instead spent a lovely Christmas reading a good majority of it!

BEING SLOANE JACOBS was a fun, easy breezy book. It has a fun “Parent Trap” feel but instead of summer camp, our two main characters run into each other (literally) when in Montreal for skating camp. When Sloane Emily Jacobs (figure skater and Senator’s daughter from Washington DC) suggests that she and Sloane Devon Jacobs (hockey player from Philly) switch places for the duration of their camps, Sloane Devon is hesitant but ultimately agrees. This premise was lots of fun all around.

It was interesting to see how both girls handled both the freedom of hopping into someone else’s life and being able to let go of their own issues (or really in both cases, hiding from their issues) and at the same time the stress and pressure of trying to learn a new sport well enough to pass off as the other girl. What I loved the most was seeing each girl grow and learn things about herself by being so far out of her comfort zone. You know problems must be big to put yourself in a position that almost guarantees failure (a hockey player as a figure skater? A figure skater as a hockey player? No way can this work out, you think.) but it’s also easy to see that that situation ultimately pushes each girl to her limits and ultimately end up facing their problems anyway, but almost tricking themselves into doing so by thinking they’re escaping.

Each girl finds a romance in their adventure (Oh come on, you knew they would!) and of course wacky hijinks ensued trying to convince their beaus that they were adept in their sport. There was actually one aspect in their relationship capers that I didn’t see coming and I thought that was a really cute & fun way to further tie in the two girls together and also cross their paths. There was one romance I really enjoyed and the other just not as much, but of course I was rooting for both girls to find love in Montreal!
They also both have some pretty serious family issues that they are hoping being the “other Sloane Jacobs” will help resolve or at least allow them to escape for a  while, but true to form, you can’t escape your problems. I also really enjoyed how both Sloanes learned a lot about each other without even being in communication with each other. They really did the whole “walk a mile in my shoes” deal (or in the case, skate and sweat in each other’s shoes) and they came away with a totally different understanding of themselves and each other.

With so much love for MEANT TO BE, I actually had a high expectation for BEING SLOANE JACOBS and I wouldn’t say that I was let down so much as it’s just a totally different book and a very different feel. We still see some nice cheeky wit, a little bit of slapstick comedy, and some lovely life lessons learned by the main characters, but I just connected so much more with Julia in MEANT TO BE than I had with either Sloane in BEING SLOANE JACOBS.  I think a lot of readers will have fun with this one but just have a more personal connection to MTB

Sloane Emily is the figure skater and daughter of a Senator, hailing from Washington DC. After a scandal involving her father, her family has never been more in the spotlight than now… And she hates it. It’s one thing to deal with your problems and it’s another thing to do it all in the spotlight. I really loved her guts. This switch idea was hers, afterall!
Sloane Devon // Character Obsessions: Hockey, hangin’ tough, her mother.
I think I identified more with Sloane Devon overall. I liked her tough girl attitude and I admire a girl who can play hockey! Her family issues were much less political and a lot more relatable for me. I just really love a tough girl too. Sloane Emily was still tough but I really liked the badassness of hockey… Even though Sloane Emily took her place in that role for the book!

Kept Me Hooked On: Fun reads. BEING SLOANE JACOBS was pure fun. It was a light, easy read and just really enjoyable. I felt like it dealt a lot more with family issues than MTB and that’s definitely a serious topic but I feel like the whole “parent trap” vibe was very reminiscent of my younger years so the tone actually felt a lot younger to me than MTB did.
Left Me Wanting More: Serious moments. As previously stated, BEING SLOANE JACOBS was fun… And yes, there were family and personal issues that brought a depth to it but it was just missing… something. I think I wanted just a bit more of… A serious tone? A personal connection? It’s hard to pin-point exactly what was missing for me but it was just a little something.

BEING SLOANE JACOBS was a lot of fun and while I feel that readers won’t have as strong of a connection to it as MTB, it’s still an extremely enjoyable book and an easy, casual read! 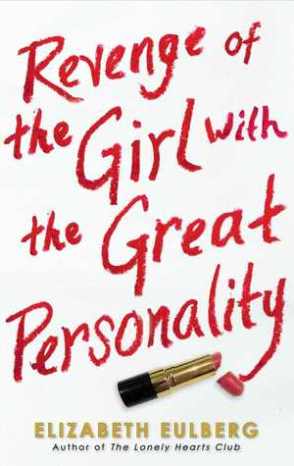 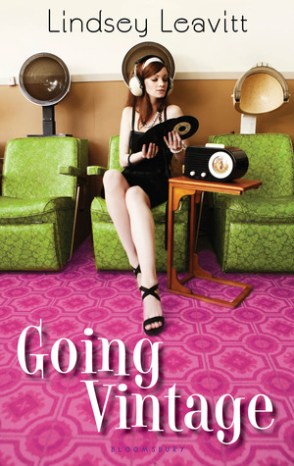