No One Else Can Have You – Kathleen Hale

Title: No One Else Can Have You by Kathleen Hale
Publishing Info: January 7, 2014 by HarperCollins
Source: Edelweiss
Genres: Mystery/Thriller, Young Adult
Find it on the web: Buy from Amazon // GoodreadsDate Completed: January 7, 2014

Small towns are nothing if not friendly. Friendship, Wisconsin (population: 689 688) is no different. Around here, everyone wears a smile. And no one ever locks their doors. Until, that is, high school sweetheart Ruth Fried is found murdered. Strung up like a scarecrow in the middle of a cornfield.
Unfortunately, Friendship’s police are more adept at looking for lost pets than catching killers. So Ruth’s best friend, Kippy Bushman, armed with only her tenacious Midwestern spirit and Ruth’s secret diary (which Ruth’s mother had asked her to read in order to redact any, you know, sex parts), sets out to find the murderer. But in a quiet town like Friendship—where no one is a suspect—anyone could be the killer.

I was nervous going into NO ONE ELSE CAN HAVE YOU because I’d seen so many mixed reviews, even before the book came out. A teen mystery? A quirky main character? A sort-of messed up plot? This sounded like it would be something that I’d enjoy. I was really hoping to connect with this book and fall in love with the quirky, messed-up story that it was!

I was scared for a while because the beginning started out slowly for me. We hop into some crazy action right away with the book kicking off with the gruesome murder of Kippy’s best friend Ruth. From then on, we get the story from Kippy’s POV, following her story as she tries to solve the mystery of her best friend’s murder and at times, struggles to convince herself that her death wasn’t her fault since Ruth was on her way to Kippy’s when it happened. When Kippy gets a hold of Ruth’s diary, she uses that to help solve the murder, all the while finding out much more about Ruth and their friendship than she had ever realized.

With assurance from a few people who had already read the book, I continued on, waiting for it to pick up and bit and it definitely did for me. I used to be a hardcore mystery gal and I feel like we don’t have a lot of strictly mystery choices in YA at the moment so I was definitely sucked in to Kippy’s detective work! A few people had said that it was really obvious who the killer was and somehow I spent the whole book literally suspecting everyone else (even Kippy, trying to chalk it up to some kind of mental illness) and never suspected the actual killer, so that worked out really well for me! Looking back, I don’t know how I missed that person as a suspect, but it was a surprise to me when it was revealed so I had a really fun time reading the end of the book!

As far as the quirkiness goes, I was hoping this would be “my sort of quirk”. I really love eccentric characters and being taking outside of the norm — especially when we break the mold of the football player and the cheerleader (can’t tell you how old that is for me to read) — but Kippy’s small town of Friendship was a bit too weird for me. I didn’t quite connect with Kippy because she was a bit too off-the-wall for my taste and some of the people in her town were straight-up weird. I think I appreciate geeky eccentric more than weird eccentric because I was actually gravitating towards Kippy’s friend Ralph who was obsessed with video games and at first reminded me of a character I might see on The Big Bang Theory.
I’m from the Midwest (Chicagoland) and my sister lives in the Milwaukee area so I was hoping to really connect with the Wisconsin setting but I think the small town charm was lost on me. I don’t usually have issues with small towns but maybe it’s a northern Wisconsin thing. (Yes, I did look it up and Friendship, WI is a real place. It’s in central Wisconsin in the middle of nowhere.) How can I say that the vernacular felt unauthentic when Kathleen Hale is from Wisconsin? All I know is that the little phrases and words that you would think are typical Wisconsin or Minnesota (“Dontcha know?”) felt forced and overused. I wonder if that’s just because I’m not used to hearing them in day-to-day speech or if there really was an excess of them?

There were also a few parts that I was moderately uncomfortable with. Ruth’s older brother and now the one person that will help Kippy with her investigation, Davey, is back home from the war in Afghanistan, released after an incident which resulted in the loss of the tip of his finger. There were a couple times that joked about him having PTSD (which he actually might — I’m not sure if that really was ever cleared up…? It seemed like a gray area because I can’t remember.) and even further so, about those PTSD triggers leading to domestic violence. I’m not usually so sensitive about stuff like that but for some reason it just really bothered me in the moment.

I have a few mixed emotions about NO ONE ELSE CAN HAVE YOU, but overall, I tended to look back on the book in terms of its mystery since that’s what the main focus was. There were a few issues I had in terms of characters and setting, but I still enjoyed the book and was pleasantly surprised, although not totally blown away.

Kippy // Character Obsessions: Solving Ruth’s murder, flirting with Davey, avoiding the authorities.
Kippy was a strange bird. I had hoped that we’d connect more but I think most of the time I just found her to be a bit too odd for me to connect with. (The whole town, for that matter.) I did admire her determination to solve her friend’s murder case, even when she found out WAY more than she wanted to know or even thought could possibly be going on in Ruth’s life when she read her diary. I did feel bad for her though!
Davey // Character Obsessions: Coming home, solving Ruth’s murder, coping with possible PTSD.
I actually really liked Davey. He hasn’t had an easy life of the process of being able to come home for his sister’s funeral and help find her killer was not an easy task. I think he seemed the most down-to-earth and I really liked his dedication to his family and friends.

Kept Me Hooked On: YA mysteries! So many more YA mysteries, please!? Too often the mysteries are wrapped up in the paranormal or fantasy so I’m always on the look out for more “contemporary” YA mysteries!
Left Me Wanting More: Normalcy? I think my issue was that I can appreciate quirky, but not when the WHOLE TOWN is quirky. There need to be a few characters who are normal, grounded, maybe even boring. When the whole town is weird or quirky or something like that, it’s just too much.

There are a lot of mixed reviews on this book but I enjoyed the mystery of it! I think this is just one you’ll have to try to see if you like it yourself. Even some some of my “trusted reviewers” had totally opposite reactions than I did! 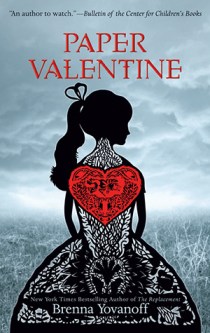 11 thoughts on “No One Else Can Have You – Kathleen Hale”