According to her guidance counselor, fifteen-year-old Payton Gritas needs a focus object-an item to concentrate her emotions on. It's supposed to be something inanimate, but Payton decides to use the thing she stares at during class: Sean Griswold's head. They've been linked since third grade (Griswold-Gritas-it's an alphabetical order thing), but she's never really known him.
The focus object is intended to help Payton deal with her father's newly diagnosed multiple sclerosis. And it's working. With the help of her boy-crazy best friend Jac, Payton starts stalking-er, focusing on-Sean Griswold . . . all of him! He's cute, he shares her Seinfeld obsession (nobody else gets it!) and he may have a secret or two of his own.

Being a huge fan of the first Lindsey Leavitt book I read, GOING VINTAGE, I knew I wanted to try an older title of hers and was anxious to start SEAN GRISWOLD’S HEAD. I probably would never have picked it up without having already read GOING VINTAGE because the cover isn’t exactly appealing… I mean, hi, that’s Sean Griswold’s head all right. (Although the new cover is much cuter!)

SEAN GRISWOLD’S HEAD, despite having a quirky title, felt a lot more serious than GOING VINTAGE for me. After Peyton finds out that her dad has MS and her parents withheld this information from her for months, she freezes them out, refusing to speak with them for a few solid weeks. They encourage her to go to the counselor at school and in order to help her focus on her anger and reel in her emotions, the counselor advises Payton to pick a “focus object”. Unable to come up with anything good, Payton decides to focus on the head in front of her in class who just happens to be Sean Griswold. Payton never really knew much about him but through her, erm… focusing, she begins to pick up details about his life that interest her and others that remain mysteries.

The first thing that really hit me about this book was that it was the first book I had ever read that revolved around MS. Hearing the news was scary for me as a reader because my fiancé’s best friend’s dad just passed away a few months ago after struggling very badly with MS for over twenty years (he was essentially completely paralyzed). I was very scared for Payton and her family and appreciated how hard it must have been to watch her father struggle with this and how scary it is to see someone you love going through those life-altering changes. As sad as it was, it was interesting to make that personal connection and I felt like I really related to Payton and her family that much more.

With Sean Griswold becoming her focus object, Payton becomes, well… obsessed. She essentially stalks him, trying not to be creepy, but the more she finds out about him, the more things don’t quite fall into place and she becomes obsessed with the mystery that is Sean Griswold, her best friend Jac helping out when she can! I really enjoyed the interactions between Payton and Sean, starting out incredibly awkward at first and slowly growing into a real friendship — and what would the book be without a romance? — growing into something more as well. I also spent the book reeling in curiosity and anticipation because you know at some point in time, it’s coming out that Payton has essentially been kind of stalking Sean, so I was wondering how that would all come to a point!

One of the things I loved the most about the book was that it was all about relationships. Payton struggles to maintain a good dynamic with her family because she’s furious with her parents and understandably, is afraid of what’s happening with her dad. She grows closer to her friend Jac, but they have their own tiffs as well. We also get to see Payton’s relationship start to develop with Sean, which is the most unexpected turn of events in Payton’s life in relationship department since she hadn’t really talked to him much before.

SEAN GRISWOLD’S HEAD was funny, moving, and had some really adorable moments. I absolutely loved the lessons we learn about relationships from this book and I really connected with the issues that Payton was going through. Definitely a little more serious than Leavitt’s later works (although I read them a little backwards since I hadn’t started with her oldest YA books first) but a really great read that I had a lot of fun reading and inhaled in one afternoon!

I really felt like Payton was a great, relatable character. I can totally understand her reaction to her parents keeping her in the dark for so many months because I would be really upset as well. To get a shock like that AND to find out no one told you… Payton takes it hard. She seems very much like the girl-next-door which is something I usually relate to as well. She has a zany best friend and of course the two of them get a little crazy about boys. So much fun to see all of her relationships.
Sean Griswold // Character Obsessions: Biking, mystery activities?
I loved the Sean Griswold obsession. It’s so funny thinking about all of the kids in high school that you’re lumped in with because of your last name or you have classes together or a friend of a friend and how little you realize you know about that person besides their name and what they look like. I loved who Sean turned out to be and was glad Payton chose him as her focus object! Such a funny concept that totally worked out great.

Kept Me Hooked On: “Issue” Reads. I don’t like calling them “issue” reads, but for lack of a better term… I don’t usually pick up books that have a heavy theme of diseases because a lot of times, I’m looking for a lighter contemporary and I’m not really in the mood for that kind of serious tone. I’m actually glad I didn’t know that was a big theme here because I may not have picked it up. That being said, although it played a big part in the book, it didn’t really weigh the book down, so to speak. There were still a lot of light and cute moments and I also really connected to the issues at hand.
Left Me Wanting More: Romancy times. These two kids were adorable! I could have read so much more about their cute little romance but I’m also glad the book was the length it was! It really was the perfect length.

This was a great combination of cute & light and serious & emotional. Still has a lot of the fun that I felt with GOING VINTAGE and I’m really glad I picked it up! 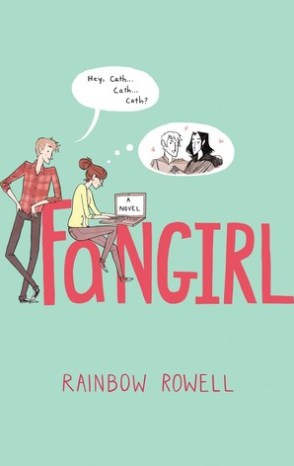 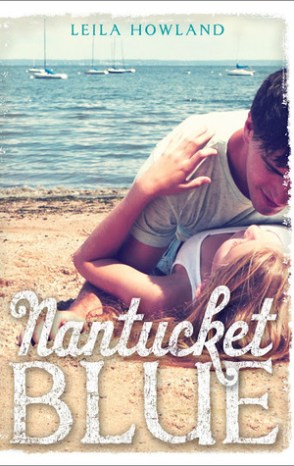