Fairytales for Wilde Girls – Allyse Near

A deliciously dark bubblegum-gothic fairytale from a stunning new Australian talent.
‘He's gone the same way as those little birds that bothered me with their awful songs! And you will too, you and your horrible heart-music, because you won't stay out of my woods!'
There's a dead girl in a birdcage in the woods. That's not unusual. Isola Wilde sees a lot of things other people don't. But when the girl appears at Isola's window, her every word a threat, Isola needs help.
Her real-life friends – Grape, James and new boy Edgar – make her forget for a while. And her brother-princes – the mermaids, faeries and magical creatures seemingly lifted from the pages of the French fairytales Isola idolises – will protect her with all the fierce love they possess.
It may not be enough.
Isola needs to uncover the truth behind the dead girl's demise and appease her enraged spirit, before the ghost steals Isola's last breath.

Wow, FAIRYTALES FOR WILDE GIRLS is just so unlike anything I’ve really read before. It first caught the eye of Alyssa, Amy and I (well, I’m sure one of them saw it first and recommended it to me, actually) was the fact that it was billed as “bubblegum gothic”. We weren’t even sure what that quite meant, but we wanted it! We ended it up selecting it as our April read for our On the Same Page feature and I will tell you that “bubblegum gothic” is an extremely accurate description!

FAIRYTALES FOR WILDE GIRLS follows the story of Isola Wilde — a teenage girl who seems a bit odd to the normal public (even her father). She grew up reading the fables and fairy tales of Lileo Pardieu, an author who she ended up idolizing for her fantastic and magical tales which also seemed to fit perfectly with Isola’s fantastical and imaginative reality. See, for Isola, those fairy tales were a bit more than just stories. She’s a girl who sees ghosts and mermaids and fairies that she’s collected as her “brother princes”, a sort of collective of friends and trusted advisors to council her and guide her on a day-to-day basis. To her friends and to her father, they’re just imaginary friends and possible serious delusions, but Isola knows they’re real and they’re the people who are always there for her. When Isola happens upon a dead girl in the precious Vivan’s Wood, her life slowly begins to change for the worst when this girl threatens to shatter her relationships and her safety.

Okay, so normally I don’t rehash the plots in my reviews, but I felt the need to give a brief explanation of what this book is really about. It’s an amazing mix of fantasy and contemporary wrapped in magical realism and author Allyse Near really leaves no stone unturned with each genre-specific feel. I don’t have a lot of experience with magical realism so I will say that sometimes it’s a bit difficult for me to follow. I’m used to reading worlds that are entirely real or worlds that are entirely fantasy so when the two combine, it’s hard for me to tell what is real and what isn’t and where the lines blur to create that middle where the book exists. It wasn’t always simple to figure it out, but I think that’s also the point of FAIRYTALES FOR WILDE GIRLS and I really enjoyed the places this book took me.

The first thing I need to say about this book is that the writing is simply gorgeous. Allyse Near is a fantastic writer. Sometimes the use of metaphors is a turn-off for me but not with this book. They’re done superbly, excellently placed, and really just fit with the theme of the book. I loved how descriptive everything was and the words were so beautiful, really just flowing off the page.

One thing that was really special for me was Isola’s relationship with her brother-princes. Alejandro — the ghost of a young Spanish man who died at the age of 24 in Victorian London — was the first one we meet and naturally, he was my favorite (whispering to Isola in Spanish, hellooooo. Their relationship wasn’t romantic at all but I sure had a crush on him). Isola has a fantastic connection to each of her brother-princes and the love that they have back for her is so fierce. I loved that even though she was an only child, Isola had her siblings in that sort of way and they did everything they could to protect her and advise her and you could just tell the love that they had for one another was so genuine.
On the more contemporary and realistic side, Isola also has some semi-complicated relationships with her friends and family. She feels responsible for taking care of her mother who goes through spouts of mania and depression. She feels incredibly disconnected from her father who seems to ignore both of them for a majority of the time. She has a best friend James but their friendship started to get complicated with “feelings” getting involved; a best friend Grape with whom she always has a partner in crime; and a new friend Edgar that may develop into something romantic. Just like Isola and her relationship with them, each person is incredibly dynamic and complex and I just felt like each character in this book just leapt off the page.

I felt like the pacing of the book was just perfect. I never really felt a lull and the only time things tripped me up a little bit was when I was just trying to get a grasp on the balance of magical versus real. I think one of my only major hesitations was the ending, actually. I really enjoyed it, don’t get me wrong, but I wasn’t quite sure it sat right with me based on how I was reading the first three quarters of the book. The reader does get quite the resolution but I also felt like little things were sort of left open to interpretation and that made me second-guess how I had read the beginning and perceived that. I’m sure that’s not the case with everyone who reads the book, but for me, that was something that I was just a tiny bit unsure about.

FAIRYTALES FOR WILDE GIRLS just felt so original and magical. It’s unlike anything I’ve read recently and I wish there was more access to wonderful Australian books like this for American readers (although Fishpond is a great place to start)! If you’re looking for a combination of fantasy, contemporary, and horror, FAIRYTALES FOR WILDE GIRLS is a fantastic place to start!

Isola Wilde // Character Obsessions: Brother-princes, Lileo Pardieu, taking care of her mother.
Oh, Isola. What a character! She seems so mature and yet still allows the fantasy of fairy tales and bedtime stories to fully weave in and out of her life. It’s an incredible balance between the two. I really loved her quite a bit and her story was quite incredible.
Edgar // Character Obsessions: Family, art, Isola.
I really loved Edgar. He was more of a quiet, soft-spoken, artistic type and I kind of fell in love with him a little bit too. I really loved the relationship he developed with Isola and despite everything going on in his life (or because of that), he just seemed so solid and understanding.

Kept Me Hooked On: Dark & twisty fairy tales. I loved how dark this book was and yet how it was still all about fairy tales. A darker fantasy. I’m always fascinated and FAIRYTALES FOR WILDE GIRLS totally nailed it.
Left Me Wanting More: A concrete ending. So much was resolved at the end of the book but there were just tiny things that I wasn’t quite sure of that seemed to make a big difference for me.

If you like fantasy and contemporary all combined into one, pick up this book! The writing is absolutely beautiful and amazing descriptive and I feel like this one will be an easy one for a lot of people to fall in love with! 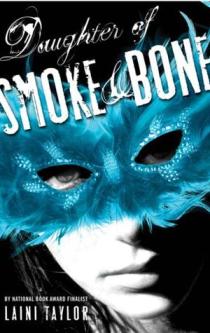 2 thoughts on “Fairytales for Wilde Girls – Allyse Near”