Revenge is a dish best served cold.    Edie Kramer has a score to settle with the beautiful people at Blackbriar Academy. Their cruelty drove her to the brink of despair, and four months ago, she couldn't imagine being strong enough to face her senior year. But thanks to a Faustian compact with the enigmatic Kian, she has the power to make the bullies pay. She's not supposed to think about Kian once the deal is done, but devastating pain burns behind his unearthly beauty, and he's impossible to forget.
In one short summer, her entire life changes, and she sweeps through Blackbriar, prepped to take the beautiful people down from the inside. A whisper here, a look there, and suddenly... bad things are happening. It's a heady rush, seeing her tormentors get what they deserve, but things that seem too good to be true usually are, and soon, the pranks and payback turns from delicious to deadly. Edie is alone in a world teeming with secrets and fiends lurking in the shadows. In this murky morass of devil's bargains, she isn't sure who—or what--she can trust. Not even her own mind...

I really had high hopes for MORTAL DANGER before cracking open the book. It seemed like a concept I would really enjoy and I knew that other readers weren’t as pleased with it, but hey, I don’t always agree with other people (that’s the whole point of reading, right?) so I gave it a shot and hoped for the best!

The first half of the book actually went really well for me. I was interested in the idea and thought it could really go places. The characters didn’t have the most amazing chemistry, but it worked all right for me, and I just really enjoyed the first 100 pages and the set-up of where everything was leading. Unfortunately, there came a point where I had to stop reading for the day and I just struggled  to pick the book back up. But why? I was really enjoying the beginning! What in the world made me struggle to finish?

About halfway through, MORTAL DANGER hit a wall for me. I felt like the story wasn’t progressing all that much and sure, things were happening, but it wasn’t a lot and apparently it wasn’t enough to hold my attention. I had a hard time pushing through to the end and really the second half was just slow for me. I think I needed a little bit more suspense and action to really help pick things up every once in a while in the second half.

I was a bit sad that it turned out to do the same thing for me that it did for other readers. Having really enjoyed the first half of the book, I thought it was going to end up as a four star book, but the second half just really declined and… I just don’t have much to say about it at all. I didn’t find anything that really turned me off, but it just didn’t hold my interest.

Kept Me Hooked On: Paranormal. I don’t find myself reading a lot of paranormal lately… I think I sort of fell out of it. I was really interested in the whole secret, morbid-genie type deal but… too little too late.
Left Me Wanting More: Action & Suspense. The beginning was really good. I got to know the characters and even though it was about Edie wishing for beauty, I didn’t feel like it was that superficial. Unfortunately it really just fell flat halfway through. The characters got really static and one-dimensional and the plot just wasn’t moving along.

Another book I didn’t really hate but I just couldn’t get into. I had high hopes that I would like it more than others but the book just hit a wall and I couldn’t get past it. 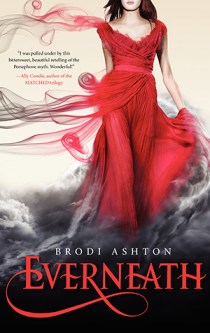 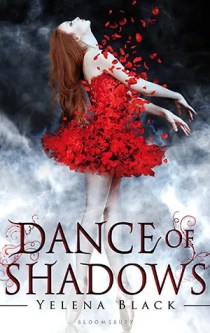