A Little Something Different – Sandy Hall

Title: A Little Something Different by Sandy Hall
Publishing Info: August 26, 2014 by Macmillan
Source: Received from the publisher for review purposes
Genres: Contemporary, Young Adult
Find it on the web: Buy from Amazon // GoodreadsDate Completed: August 2, 2014

The creative writing teacher, the delivery guy, the local Starbucks baristas, his best friend, her roommate, and the squirrel in the park all have one thing in common—they believe that Gabe and Lea should get together. Lea and Gabe are in the same creative writing class. They get the same pop culture references, order the same Chinese food, and hang out in the same places. Unfortunately, Lea is reserved, Gabe has issues, and despite their initial mutual crush, it looks like they are never going to work things out.  But somehow even when nothing is going on, something is happening between them, and everyone can see it. Their creative writing teacher pushes them together. The baristas at Starbucks watch their relationship like a TV show. Their bus driver tells his wife about them. The waitress at the diner automatically seats them together. Even the squirrel who lives on the college green believes in their relationship.
Surely Gabe and Lea will figure out that they are meant to be together....

Firstly, FOURTEEN POVs. I’m fairly good at juggling POVs (see: A Song of Ice and Fire) and thankfully all of the different voices in A LITTLE SOMETHING DIFFERENT were very distinct so even though there were so many, it really wasn’t hard to follow along and skip around. The issue that I had, though, was that fourteen was simply too many for a few different reasons. Some of the POVs just weren’t necessary. There are truly, honestly, POVs from a park bench and a squirrel in the quad. Okay… could have been cute… but it really just didn’t work for me and instead added a cheese factor instead of being cute, it was just too cutesy and prevented me from taking the book seriously.

Another reason the sheer number of POVs didn’t work for me was that I wasn’t entirely sure what the purpose was of having those other people show the story of Gabe and Lea. It’s a great concept, but I couldn’t never quite connect with the story because I wasn’t sure what I was supposed to focus on. Obviously the main plot of the book is Gabe & Lea’s love story, but the reader is also given a little personal history and connection to the character who is telling the story at that given time. The problem with that is that no POV lasted long enough for me to really connect with that character so instead of it feeling like I was getting a character’s backstory, I felt like I was wasting my time with these little things about someone I ultimately would not have time to get to know. Instead of adding to the story, they really took something away because I felt like skipping over the backstories since they were essentially irrelevant.

Finally, I felt like I just wasn’t able to make that connection with Gabe and Lea because there were too many people telling their story. I don’t really have issues when the main characters are actually not the main POVs, but I think there were too many mixed opinions of the two of them to really figure out who they actually were. Only one of these narrators really knew the characters well (Gabe’s brother) and the rest of them were varying degrees of intimate knowledge ranging down to them being downright strangers. The narrators didn’t know enough about them to really give the readers enough information about their lives. There were a few moments that I thought were truly adorable and I was interested in what I might discover about Gabe and Lea, but ultimately it was just too hard to connect. (There was also one specific line from the teacher that really, REALLY turned me off and that’s when I really felt like the “pushing these two together” plot just went TOO far.)

What I did see of them… Well, it bothered me. I can totally understand being shy, especially around a crush or a new person or that person being both a crush and new, but this went on for months in the book. I’m not saying that never happens, but especially in college, I feel like people start to break out of their shells just a little bit more. Even their friends were really, really trying to push them together and Gabe and Lea just kept shying away or sabotaging themselves (which on a total side note, I realized that the two of these things to an extreme extent is something that really turns me off to a book — it’s happened before to cause a disconnect for me) so I just got frustrated with the pair instead of feeling like I wanted them to get together.

And finally, the pop culture references were really hit-or-miss with me. It wasn’t even that it was a reference that I didn’t connect to — I didn’t feel alienated because I didn’t understand the Buffy reference, for example — but it was the fact that there was definitely one too many times where a character made a statement about something they wanted to happen between Gabe and Lea or in their lives and the character basically says, “Wait, isn’t that the plot of such-and-such?” It was cute at first but when it happens two or three or four times, I started to get upset. There were a few specific instances that were borrowed from pop culture and yes, I know that many stories will be similar and not everything can be 100% unique, but I felt like it was one too many to use as a direct scene for the book. I feel like it’s okay to love a specific scene and sort of adapt it to fit the book so you can include something you love in your writing, but change it up! Don’t make it that exact scene from Glee or 10 Things I Hate About You and then have your characters reference it. It made me feel like these scenes weren’t original at all.

Inga // Character Obsessions: Literature, inspiration, Gabe & Lea.
Inga is the English professor that Gabe and Lea both happen to have. Every semester she picks out two people that she think would be a good couple and tries to get them together. Cute concept, but she really took it way too far. The matchmaking is cute and it’s obvious that Gabe & Lea have an attraction to each other but are too shy to act upon it… But really a teacher should not be a matchmaker. It’s cute to want your students to get together and teachers, feel free to speak out here if I’m wrong, but I don’t think that’s something you should act on. Her relationship with her students was totally unprofessional and she even goes as far as to discourage another female student in her work and in taking the second semester class just so she can get Gabe and Lea together. That just really turned me off. I don’t have an issue with developing a more personal relationship with students in the sense that you want to get to know them or you think you may be encouraging them to talk more on the chance that they get together, but the professional relationship should come first, above all else. She turned her back on a student (which the book had come across as not the most intelligent person and maybe a bit shallow, but still. Honestly) and she should have been professional first and foremost instead of discouraging someone in her class so she could play matchmaker.

Kept Me Hooked On: Stories being told by outside POVs. I really like the creative concept of the main characters actually NOT being the narrators. I think it’s wonderfully clever… but this book didn’t really handle that well (or at least it just didn’t work for me).
Left Me Wanting More: Depth. I felt like I wasn’t able to dig myself into this book and really burrow in. I wasn’t able to make much of a connection with any of the characters and I didn’t really feel like they had much to them. Things don’t always have to be crazy-deep in a cute contemp, but I do want to know that the characters have substance. This just fell flat.

Well, despite my gripes, I didn’t hate the book. Usually that extent of dislike makes me just not finish the book… This just really didn’t do it for me and I don’t think it’s that great. I really wouldn’t recommend it, sadly, because I had high (but reasonable) hopes for it. 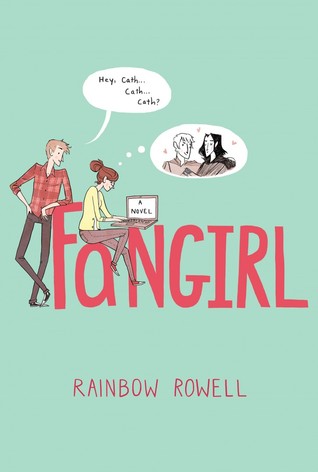 5 thoughts on “A Little Something Different – Sandy Hall”