I’ll Meet You There – Heather Demetrios


If seventeen-year-old Skylar Evans were a typical Creek View girl, her future would involve a double-wide trailer, a baby on her hip, and the graveyard shift at Taco Bell. But after graduation, the only thing standing between straightedge Skylar and art school are three minimum-wage months of summer. Skylar can taste the freedom—that is, until her mother loses her job and everything starts coming apart. Torn between her dreams and the people she loves, Skylar realizes everything she’s ever worked for is on the line.
Nineteen-year-old Josh Mitchell had a different ticket out of Creek View: the Marines. But after his leg is blown off in Afghanistan, he returns home, a shell of the cocksure boy he used to be. What brings Skylar and Josh together is working at the Paradise—a quirky motel off California’s dusty Highway 99. Despite their differences, their shared isolation turns into an unexpected friendship and soon, something deeper.

With all of the praise I’LL MEET YOU THERE has gotten — before and after its publication date — I knew I had to pick it up fairly quickly. I ended up starting and finishing it in one afternoon because I just didn’t want to put it down and although my love for this book may not be AS high as others, there’s no denying that I was totally engaged and all together hooked.

I’LL MEET YOU THERE is the story of Skylar who has just graduated high school and is dying to get out of her middle-of-nowhere town — that is, until her mother falls off the wagon again and she’s not sure if she can leave her alone. Josh has just returned from a tour in Afghanistan where he lost his leg, his friends, and a piece of the boy he used to be.
Now this may be an unusual review or an unusual thing to say, but really not much about that description appealed to me at first. I didn’t even include this in my requests to Macmillan because I was afraid it wasn’t a “me” book so I didn’t want to take the chance that I wouldn’t like it (I thought I wouldn’t). I feel like I’ve read the “stuck in a middle of nowhere town” story too many times and I’m not usually one for books surrounding war (pre, during, or post) but that was also what I thought with Something Like Normal as well… Looks like my tastes may be changing and/or I’m figuring out that my pre-conceived notions of how these stories will go are being proven incorrect! Long story short, I just LOVED that this was another book that took all of my expectations and shoved them right back in face.

I think the reason everything worked for me is that whenever I hear about themes like these, I always expect clichés and I’LL MEET YOU THERE was anything but. Skylar was instantly a likeable character for me. She’s “the girl from the trailer park” but she’s not “trailer trash”. She doesn’t drink. She has two best friends. She’s well-balanced, loves art, and wants nothing more than to go off to college. Little things pop up here and there that could easily have turned cliché (a teen pregnancy, for example), but Heather Demetrios does a fantastic job bringing each of these characters to life so no one ever feels flat or boring or stereotypical. Every character and every scene just felt so realistic to me and I was so grateful that I could just fall into this book and be wholly absorbed.

The romance here is so well done. I really liked that Skylar and Josh knew each other before he went off to war but they were never close. They had worked together but Josh and Skylar really weren’t very similar so their friendship was more an acquaintanceship and everything was mostly superficial with some real connections every now and then. Once Josh returns home, he’s not the same person he once was. Not only is he missing a leg, but as anyone does, he saw a lot in the war. He made friends and he watched the die. He matured and yet became even more vulnerable once he returned home. And though Skylar’s changes aren’t as obvious, she’s a bit different since Josh had left as well. It was so interesting to see how they end forming a friendship that really turns into a bond, and I think that’s why I enjoyed their relationship so much. I just really appreciate those romances that really show how the two characters end up bonding with each other and showing each other such unwavering support. I just loved watching that unfold between Skylar and Josh.

I also really enjoyed the alternating points of view! After finishing the book, it really did feel more like Skylar’s story but I really liked being able to see things from Josh’s POV. I think it really helped me connect with him and see all of those things he was refusing to share with other people. I don’t think I would have been as invested without his perspective!

While I didn’t fall totally head over heels, I did still fall in love with I’LL MEET YOU THERE. It was such a special story and I’d definitely recommend it if you’re looking for a book that really finds its way to your heart. I’m SO glad that I picked this one up (even pre-ordered it for myself on the faith that my fellow reviewers loved it!) despite my initial impressions! It just goes to show you that you can’t always just a book by its cover — although this cover is pretty stellar so maybe you should! ;D

Skylar // Character Obsessions: Leaving, college, collages, friendship, not falling victim to the stereotype.
I really loved Skylar. I loved everything she stood for and everything that she did. I have definitely not been in many of the situations that she has but there was just something so real about her that I felt a connection with her and I really felt like I was going on this journey with her. An outstanding character!
Josh // Character Obsessions: Getting back to normal, sanity, finding a new peace.
UGH, Joooosh. Just thinking about him gets the feelings all FEELSY again! (Okay, these aren’t even words. Just roll with it.) My heart just really went out to him and really, I can’t even imagine going through what he did (and what men and women in the services do every day. That just takes all kinds of mental and physical toughness). I was totally rooting for him and Skylar the whole way. Where they ended up after Josh came back home was just… they needed each other.

Kept Me Hooked On: Military themes. Once again I find myself surprised that I really enjoyed a military theme. I don’t know why I always shy away from it! Clearly it’s something that I should start trying more of!
Left Me Wanting More: What everyone else felt! I REALLY enjoyed this book but I didn’t seem to come close to the heart-melties and OMGs that everyone else had! Either way, I’m still glad that I did enjoy it so much and I’m happy to have it on my shelves!

This one was really great. I think there’s so much to take from it and it really stuck with me! (The secret and extra-fun pre-order note from Heather Demetrios — I mean, JOSH — also totally got me even MORE invested!) 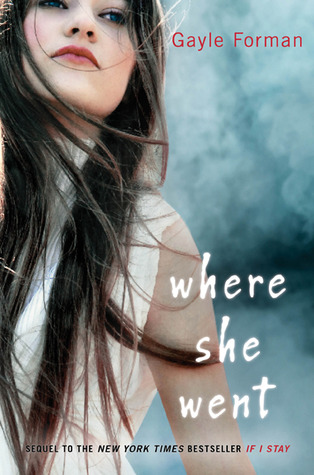 6 thoughts on “I’ll Meet You There – Heather Demetrios”