Four decades of peace have done little to ease the mistrust between humans and dragons in the kingdom of Goredd. Folding themselves into human shape, dragons attend court as ambassadors, and lend their rational, mathematical minds to universities as scholars and teachers. As the treaty's anniversary draws near, however, tensions are high.
Seraphina Dombegh has reason to fear both sides. An unusually gifted musician, she joins the court just as a member of the royal family is murdered—in suspiciously draconian fashion. Seraphina is drawn into the investigation, partnering with the captain of the Queen's Guard, the dangerously perceptive Prince Lucian Kiggs. While they begin to uncover hints of a sinister plot to destroy the peace, Seraphina struggles to protect her own secret, the secret behind her musical gift, one so terrible that its discovery could mean her very life.
In her exquisitely written fantasy debut, Rachel Hartman creates a rich, complex, and utterly original world. Seraphina's tortuous journey to self-acceptance is one readers will remember long after they've turned the final page.

My history with SERAPHINA goes all the way back to… oh, maybe 2013. I borrowed the book from the library, seeing all of the wonderful reviews it was getting, and just never made it around to reading it before I had to return it. Then my lovely BFF Alyssa bought the book for me for Christmas in 2013 and I FINALLY read it this year right before book two, SHADOW SCALE, came out so I could keep the story fresh in my mind before diving in! Needless to say, the anticipation has been great but I’m so happy that this book didn’t fall victim to any hype that I had perceived in my mind!

SERAPHINA was such a delight. Right away, it was easy to fall into the story and I think most of that has to do with Rachel Hartman’s writing style. I can’t say that the book was similar to SHADOW AND BONE by Leigh Bardugo but there was something about Rachel Hartman’s writing style that brought me back to The Grisha Trilogy and it felt like home again. I’ll admit that it was a bit intimidating to start SERAPHINA, coming in at just under 500 pages, but I never once felt like the book was cumbersome to read — in fact, it was just the opposite. It may have taken me a bit longer than usual to complete due to length, but I was always wholly interested and utterly captivated by Rachel Hartman’s story-telling, world-building, and wonderful characters.

I’m actually glad I waited until now to read SERAPHINA. I wasn’t always a fantasy fan and I had a hard time finding which fantasy books were “right” for me. I had actually picked up Sarah J. Maas’ THRONE OF GLASS at the same time I had borrowed SERAPHINA from the library and actually returned it without finishing it because I just wasn’t clicking with it and SERAPHINA could have suffered the same fate at that time if I had had the time to try it. Now that I have some more fantasy books under my belt (and am, in fact, in love with them), this book just really clicked with my current reading tastes and bookish fascinations. Dragon-human hybrids?! I honestly wouldn’t have imagined liking that a couple years ago but it just worked so well in this book and I’m glad I read it at the right point in my life!

Everything about this book was just wonderful. I immediately got along with Seraphina herself and found her to be an interesting, intelligent, and fierce heroine. I loved her journey throughout this book and the things she not only learned about herself but also the people who surround her. It was excellent to see so many layers of the various characters and how as the reader discovers each new layer, a new piece of the plot reveals itself as well — and there were so many wonderful pieces to discover! SERAPHINA is complete with intrigue, secrets, politics, dragons, friendship, respect, and even a little bit of romance. The book also really stuck in my mind which is a fantastic indicator that I loved it considering I have terrible reading recollection and can’t even remember details about my favorite books (seriously. It’s the worst. I think I have way better long-term memory than short-term so this is another reason why I re-read things)!

SERAPHINA was just a total hit for me. I’m really glad I read it so close to the release of SHADOW SCALE so I can start that one very, very soon! I’m a huge fan of this book and it also reminded me of a few other books that I truly loved while at the same time remaining so unique. It’s a bit on the heftier side as far as page count goes but every one of those pages it worth it!

Seraphina // Character Obsessions: Music, secrets, scales, family.
I loved Seraphina. I just loved her overall personality and I just REALLY got along with her as a character. It was just so lovely. I love that she’s brave but also she’s afraid and has her own secrets to keep. I loved her friendships and how she approaches relationships. All around, she’s totally my kind of girl.
Glisselda // Character Obsessions: Mischief, fun, friendships, politics.
This character was just so brilliantly crafted. She’s kind of a brat sometimes and I really expcted her to be a mean girl but she’s really just very much a go-getter. She knows what she wants and doesn’t give the time of day (or actively tries to spoil) what she’s not interested in but that doesn’t mean she’s mean-spirited. I actually really loved her spunk and the surprising friendship (well surprising to me) with Seraphina.

Kept Me Hooked On: DRAGONS. Okay, I like the concept of dragons but they’re surprisingly absent in my reading history. Knowing my trepidation for what I like to call “creature fantasy” (non-humans being the main characters or the majority of the characters), I’m always a teensy bit afraid of the role dragons will play in a book. Usually it’s totally awesome (A Song of Ice and Fire, an obvious example) but naturally I was afraid about dragon/human hybrids. Eeeek. “Creature fantasy”, right? But it totally worked! I’m not sure if this concept is growing on me or if it was just Rachel Hartman’s awesome writing — maybe both — but I’m glad it worked out awesome!
Left Me Wanting More: Romance? I mean, I really loved everything about this book. It was a 4.5 star read for me and I can’t ask much more from a book! I actually really did like that the romance wasn’t a main plot point. It was there to keep our hearts fluttering and I loved the banter between Seraphina and Kiggs but I also love that it wasn’t rushed or forced.

This is was so, so great. I’m so glad I finally read this book (thanks to Alyssa for buying it for me!) and I cannot wait to read SHADOW SCALE! 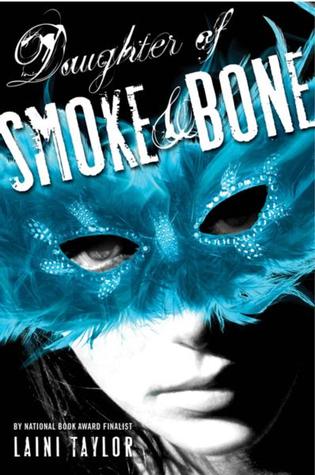 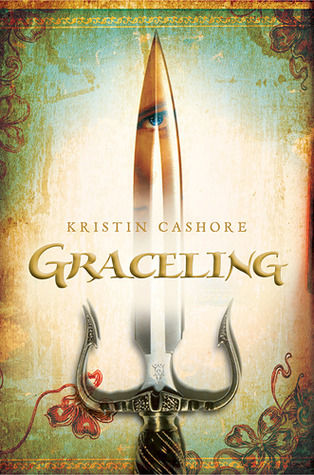