I recently read NIGHTFALL (and hosted a Twitter chat with one of the authors, Peter Kujawinski) as a part of Penguin Teen’s WICKED READS campaign! I’m a huge fan of Halloween (as you’ve seen from the past two weeks of A Fortnight of Fright posts) so I was especially excited to join in on the Wicked Reads fun! A really big thanks to Penguin Teen for having me be a part of the Wicked Reads feature and hosting the Twitter chat!! It’s be a total blast so far and there’s still a lot more fun to come!

Today I’m sharing my review for NIGHTFALL along with some other “Wicked Reads” that I enjoyed this Halloween season. Whether you’re reading to get in the Halloween spirit or just because you enjoy some scary books, these were all some really fun books that will put you in a horror or spooky mood so make a note if you’re looking for a few good recs!

First things first, let’s get into the review of NIGHTFALL!

The dark will bring your worst nightmares to light, in this gripping and eerie survival story, perfect for fans of James Dashner and Neil Gaiman.
On Marin’s island, sunrise doesn’t come every twenty-four hours—it comes every twenty-eight years. Now the sun is just a sliver of light on the horizon. The weather is turning cold and the shadows are growing long.
Because sunset triggers the tide to roll out hundreds of miles, the islanders are frantically preparing to sail south, where they will wait out the long Night.
Marin and her twin brother, Kana, help their anxious parents ready the house for departure. Locks must be taken off doors. Furniture must be arranged. Tables must be set. The rituals are puzzling—bizarre, even—but none of the adults in town will discuss why it has to be done this way.
Just as the ships are about to sail, a teenage boy goes missing—the twins’ friend Line. Marin and  Kana are the only ones who know the truth about where Line’s gone, and the only way to rescue him is by doing it themselves. But Night is falling. Their island is changing.
And it may already be too late.

I read NIGHTFALL for Penguin Teen’s Wicked Reads campaign and I’m really glad the timing for this worked out so well! I always enjoy a good, creepy read around Halloween (which I pretty much start reading for in September!) and NIGHTFALL was such a good creepy read for me because I’m a total chicken when it comes to horror. It was much more suspenseful with a little bit of horror and a whole lot of mystery so it made for an excellent selection for a scaredy cat like me!

Right away, I was intrigued by the plot of the book. The concept of years of day and years of night is really neat and I was hooked from start to finish in anticipation of what really happens on this island at night. I thought the authors did a great job of keeping the readers interested by giving out enough clues but still keeping the questions open. I sped through the pages to try to get all of the answers because I just had to know what was going on!

NIGHTFALL really reminded me of a mix of M. Night Shayamalan and The Giver Quartet by Lois Lowry. It had all of that great suspense that you find in Shayamalan movies and the setting and characters really reminded me of The Giver Quartet, specifically GATHERING BLUE and MESSENGER. The feel of The Giver Quartet did make the book feel a bit younger than the YA range I typically read (usually on the higher end of YA and I tend to read more adult than middle grade) so I did find myself a bit less connected to the characters than I had hoped because they felt a bit young. That really wasn’t a bad thing but more of a personal preference. I really did enjoy the character dynamics but they didn’t feel quite as developed or dynamic as I had hoped.  The book was a really fun mix and I loved that it was one of those books that was so easy to explain in terms of feel. If you’re craving either one of those, NIGHTFALL is probably an excellent book to pick up next!

I will say, I wasn’t AS into the big picture answer as I had hoped. I really enjoyed that the reveal of what happened to this island at Night and who comes there was slowly revealed but I wasn’t super crazy about the answer. Again, this was more of a personal preference since it’s just not something I usually personally connect to but it was an exciting and interesting conclusion! (Sorry that’s a bit vague… I don’t want to spoil anything!)

NIGHTFALL was a quick and gripping read and I couldn’t turn the pages fast enough! The suspense was really great it was a fun read, especially for Halloween! It wasn’t totally the book for me but I thought it was well done and with just a bit more world-building and explanation, I think I could have really loved it!

I love mood/seasonal reading for Halloween and it’s the one season I really read for every year! Here are some more of my favorite books that put me in a Halloween mood and some excellent “Wicked Reads”!

THE ACCIDENT SEASON by Moira Fowley-Doyle

THE ACCIDENT SEASON is another one of Penguin’s selected Wicked Reads (see the full list on their Tumblr!) and it was one I really enjoyed! It had such an amazing atmosphere, a great mystery, and some lovely character development. I was so hooked from start to finish and it really put me in a fall mood even though I read it in the summer! | REVIEW

I haven’t read the other two Brenna Yovanoff books on the Wicked Reads list yet but I have read PAPER VALENTINE and I thought it was so great! This is another book with a fantastic atmosphere and a little bit of a murder mystery. The book is quirky, interesting, and unique and it really made me anxious to read more of Brenna Yovanoff’s books! | REVIEW

THE FALL by Bethany Griffin 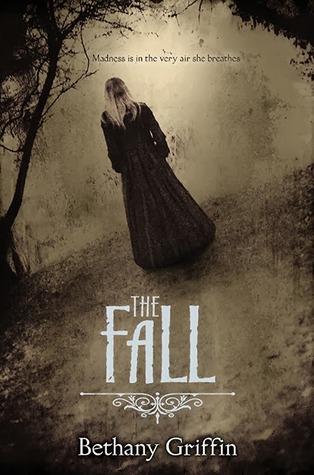 I read THE FALL last year for Halloween and it was so delightfully creepy. It was just the perfect amount of horror for me to be excellently creeped out but not too scared! THE FALL is an adaptation of Edgar Allan Poe’s The Fall of the House of Usher and I thought it was so  well done! | REVIEW

THIS DARK ENDEAVOR by Kenneth Oppel 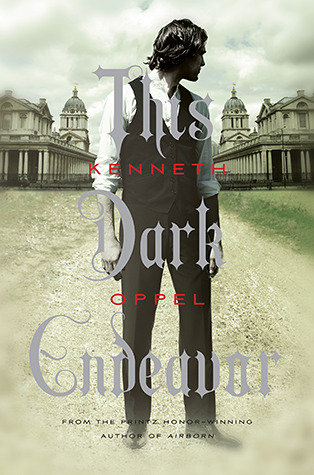 THIS DARK ENDEAVOR is an adaptation of Frankenstein but not all of it takes place in book one! I’ve only read the first book so far but I really want to continue with this series because I was definitely intrigued by the happenings in book one and like THE FALL, I loved the gothic horror feel! This was such a fun adaptation and I really want to get even more into the Frankenstein’s monster portion! | REVIEW

Don’t miss Penguin Teen’s #TwitterGhostStory feature on Twitter! It’s a week-long event from Monday, October 26th to Saturday October 31st in which you can write a spooky story in 140 characters or less using #TwitterGhostStory! Participants using the hashtag will be entered for the chance to win a prize pack of the featured Wicked Reads titles.

There is also still one more #WickedReads Twitter chat left! It’ll be this Friday the 30th at 4pm Eastern with some awesome Wicked Reads authors! Hope to see you there!!

That’ll do it for my Wicked Reads recommendations! Have you read any of these? Which books would you recommend for some great Halloween or fall reads? I always love to hear of some more books that are perfect for horror-chickens like me!!