Anna is looking forward to her senior year in Atlanta, where she has a great job, a loyal best friend, and a crush on the verge of becoming more. Which is why she is less than thrilled about being shipped off to boarding school in Paris--until she meets Étienne St. Clair. Smart, charming, beautiful, Étienne has it all...including a serious girlfriend.
But in the City of Light, wishes have a way of coming true. Will a year of romantic near-misses end with their long-awaited French kiss?

Why did I wait so long to read this!? ANNA AND THE FRENCH KISS was adorable, moving, meaningful, and an overall great love story. After finishing, I immediately added it as one of my favorite books.

I was a bit hesitant about the book in general at first because I don’t do well with foreign countries that I have no grasp of. I was a Spanish student, all the way, down to picking that as my major (with no specific career in mind) so give me a Spanish-speaking country any day and I’ll follow along! For some reason I have some sort of unintentional apathy towards France. I didn’t know the language, didn’t really care for it, and the country itself didn’t have much appeal to me. Maybe because I knew so little about it and everyone else seemed to love it. ANYWAY (I’m rambling), I was unsure how I’d feel about this taking place in Paris. But that’s the beauty of it — so is Anna. She was a Spanish student as well (although I was more a Meredith as far as languages go — Anna didn’t really latch on to any foreign language) so she was so unsure of herself in Paris. The culture, the food, the people — none of it was familiar to her – and THAT’S where I made one of my stronger connections. I felt like I totally related to Anna! She was the perfect MC for me to hang onto, even down to the neatness/organization, the way she approached her crushes, and oh wait, she has a review blog? For movies, but still. I think if Anna were a real person, we were bound to be BFFs.

I absolutely fell in love with the love story as well. It’s SUCH a sticky situation when you have a crush on someone who’s taken — I mean, come on, I’m sure it’s happened to a lot of us! Where do you draw the line between friends and…. something more? No one likes cheating or helping someone cheat, but when you have the affection for someone, it’s hard to say no, and I loved seeing how Anna and Etienne handled the situation. They didn’t always do it in the best of ways, but that was part of the learning process, and really, that’s just how life works. We all work our way through tough spots the best that we can and it’s not always the best way, but it all works out in the end.

Anna Oliphant: Seriously, was she half based on me? Okay, so I never went to boarding school – or even a foreign country for that matter — but I saw SO much of my personality, traits, and habits matching up with Anna’s. It made the book so incredibly enjoyable when I related that much to the main character.
Etienne St. Clair: Hello, dream boat! I think part of the reason I liked St. Clair so much was that he really didn’t seem like a teenager haha. True, he didn’t always handle things maturely, but honestly we adults don’t either. He had such a great connection with Anna even as friends and I LOVE the boy/girl best friend relationship in books. And I especially love when that best friendship turns into romance. It was such a fun relationship to watch as it developed.

p37: I’m such a wuss. I’d rather starve than order in French. “Oui oui!” I’d say, pointing at random words on the chalkboard. The Chef Handlebar would present me with something revolting, and I’d have to buy it out of shame. Of course I mean to order the roasted pigeon! Mmm! Just like Nanna’s.

p246: This is how much I want to prove to my brother that I love him – I’ll sit through Jar Jar-freaking-Binks.

p250: Is it possible for home to be a person and not a place?

Wow, I just loved this. This book felt like it was made for me and it was just so much fun to read. I absolutely fell in love. 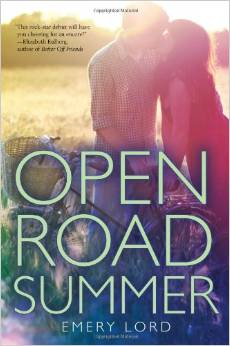 20 thoughts on “Anna and the French Kiss – Stephanie Perkins”