Isla and the Happily Ever After – Stephanie Perkins


From the glittering streets of Manhattan to the moonlit rooftops of Paris, falling in love is easy for hopeless dreamer Isla and introspective artist Josh. But as they begin their senior year in France, Isla and Josh are quickly forced to confront the heartbreaking reality that happily-ever-afters aren’t always forever.
Their romantic journey is skillfully intertwined with those of beloved couples Anna and Étienne and Lola and Cricket, whose paths are destined to collide in a sweeping finale certain to please fans old and new.

With ANNA AND THE FRENCH KISS being one of my all-time favorite books, especially after my recent re-read in preparation for ISLA, I felt a lot of pressure to fall in love with ISLA AND THE HAPPILY EVER AFTER the way I did with ANNA. I enjoyed LOLA AND THE BOY NEXT DOOR, but no book has really hit so many feelings and perfect moments and got those perfect couples just right like ANNA did so I was a bit intimidated with the last book in this set of companions.

I was so grateful to be able to borrow the ARC from Carolina from Book Problems (thank you again!!) and I immediately dove in. Right off the bat, I noticed a big difference between ISLA and the first two books, which was neither good nor bad… Just different. Anna and Lola both have an instant chemistry (Anna after just meeting St. Clair and Lola after reuniting with Cricket) but ISLA really jumps right into the meat and potatoes of the romance. We know from Isla’s narration that she’s had a long-time crush on Josh and re-readers of ANNA AND THE FRENCH KISS are able to see snippets of moments that Isla mentions in her narrative, which I always love and think is incredibly exciting! Readers don’t have to wait long for the meet-cute that brings Isla and Josh together again, the summer before senior year is about to start (in fact, it’s the first thing that happens in the book) and immediately the two start to hit it off.
For me, the immediate transition from crush to full-on relationship felt a bit rushed. I know, I know, Isla has been crushing on him for years, right? But as a reader, I didn’t get to see that point of view. I was missing all the build-up, the feelings, the missed moments, the locked eyes, the beating hearts — all of the amazing tension that happened like it did with Anna and St. Clair. Of course, I know the books won’t all be the same and they can’t ALL follow the same romance pattern, but I did feel like I was missing a lot of the build-up that I love seeing so much in new relationships.

The whole story of ISLA was definitely different than the other girls, which I really enjoyed. She’s a year younger than Anna and St. Clair so she always saw their group of friends as sort of the… well, popular kids for lack of a better term. She really admired their group and having a huge crush on Josh, always felt like there was no way to crack that close knit group. She also has a best friend from both home and who also attends SOAP who has a mild form of autism (falling under the umbrella of Asberger’s) so it was really interesting to see their relationship as well as how that affected Isla’s romantic relationship having a male best friend, once that started to form. I really loved the way Stephanie Perkins handle all of this and thought it could not have been pulled off better. It was really great to see that kind of friendship and whereas Anna and St. Clair had a friendship that we all rooted for to turn into a romance, Isla and Kurt really are strictly friends and Kurt is never jealous of Josh in a romantic way. If ever feelings are hurt (which you know will be inevitable), it’s just because he misses his friend who he’s used to spending all of his time with, and I really loved that.

This is the hard part to review because it just kills me… I didn’t really quite connect with Isla and Josh as much as I had hoped. Isla felt a bit too insecure for my liking. She sabotaged herself too many times and I can understand being afraid to talk to someone, to take a chance, to put yourself out there, to take the next step… But I felt like it happened a lot in the book and there was one specific time where it was just so frustrating that I got upset. She’s a very smart girl — the top of her class — but not always the most social girl. That never bothered me since I’m not the most outgoing person myself and often feel awkward or shy in public… But the self-sabotage really just pained me a little bit. I felt bad for Isla and at the same time I wanted to shake her and tell her to cut it out!
I also didn’t connect to Josh as much as I wanted to. I heard some great things before the book about how swoony he was and people loving Josh more than St. Clair (though for me, I don’t know if ANYONE could ever top St. Clair) so admittedly, I was expecting a lot. I really liked Josh but he felt very different from the best friend Josh that I knew in ANNA AND THE FRENCH KISS, perhaps because I really just didn’t know that much about him at that point. Josh has his own past and skeletons in his closet to deal with and it doesn’t make for an easy time with school or with Isla. I liked Josh, but I just couldn’t fall in love with him. I kept waiting for that chemistry to hit me like a ton of bricks and I just didn’t ever really FEEL the spark or the butterflies.

The ending of the book was just perfect in every way. MY FAVORITE PART happened at the very end (like, OMG best thing ever) and it was so great to see everything really wrap up and also tie all three books together. Despite a few qualms as the book progressed, I really loved the way everything wrapped up and I was able to see exactly how much Isla and Josh had both learned from the experiences they went through. There was one small thing that I thought didn’t have to be taken THAT far, but that’s a spoilery thing and reveals how the book wraps up so I can’t really expound on that in my review! Overall, I really enjoyed ISLA and zipped right through it, but ANNA AND THE FRENCH KISS is still the clear winner of my heart!

Isla // Character Obsessions: School, Josh, Kurt, traditions.
Isla is a smart girl. She’s very practical and is usually the voice of reason amongst her family. The only time she really takes a chance is with Josh and after what happens once they’re together. She has some big insecurities that tripped me up a bit, simply because they were hard to read. I mean, I know I’ve had similar feelings so maybe that’s why it was hard for me? But it wasn’t just that they were present, but that they persisted even when things were good. Anyway. I didn’t connect with her as much as I had hoped but I really loved seeing the Isla from the beginning and the Isla from the end and seeing how much she grew as a person and how much she taught herself.
Josh // Character Obsessions: Art, projects, relaxing, going after what he wants.
Josh was… nice. I just didn’t ever connect with him. I think it was harder because he was so outgoing when he was with his friends, but with Isla, he seemed much less vocal and a lot more… well, not physical, though they were a more physical couple than previous Stephanie Perkins characters… But I just didn’t feel like he SAID as much and much Isla, I felt like I kept trying to get into Josh’s head and just couldn’t.

Kept Me Hooked On: Stephanie Perkins. Even though ANNA remains my favorite of the trio, I’m pretty sure any Stephanie Perkins book is still an auto-buy for me! I just love all of the feelings (not just romantic FEELS but the way everything really make the reader think and reflect and relate) and how every book really comes together just perfectly.
Left Me Wanting More: Chemistry. I’m sure many readers will just KILL ME over this, but I just didn’t get the chemistry between Isla and Josh. Maybe I still had an Anna/St. Clair hangover because those two honestly do just kill me a little… But I never quite got in the groove of Isla & Josh 🙁

You must read the last book in this trio of wonderful contemporaries! Despite the missed connections for me, it was still a really nice, solid read and I did enjoy it! If you’ve read the first two, you just need to see this one see the companions through as well! 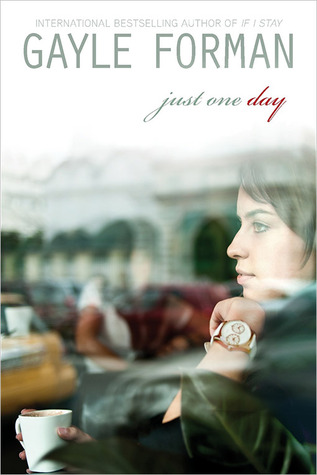 6 thoughts on “Isla and the Happily Ever After – Stephanie Perkins”