Title: Pivot Point (Pivot Point #1) by Kasie West
Publishing Info: February 12, 2013 by HarperCollins
Genres: Paranormal, Young Adult
Find it on the web: Buy from Amazon // GoodreadsDate Completed: March 1, 2013
Related Posts: The Distance Between Us, On the Fence, Split Second (Pivot Point #2), The Fill-In Boyfriend, P.S. I Like You, By Your Side


Addison Coleman’s life is one big “What if?” As a Searcher, whenever Addie is faced with a choice, she can look into the future and see both outcomes. It’s the ultimate insurance plan against disaster. Or so she thought. When Addie’s parents ambush her with the news of their divorce, she has to pick who she wants to live with—her father, who is leaving the paranormal compound to live among the “Norms,” or her mother, who is staying in the life Addie has always known. Addie loves her life just as it is, so her answer should be easy. One Search six weeks into the future proves it’s not.
In one potential future, Addie is adjusting to life outside the Compound as the new girl in a Norm high school where she meets Trevor, a cute, sensitive artist who understands her. In the other path, Addie is being pursued by the hottest guy in school—but she never wanted to be a quarterback’s girlfriend. When Addie’s father is asked to consult on a murder in the Compound, she’s unwittingly drawn into a dangerous game that threatens everything she holds dear. With love and loss in both lives, it all comes down to which reality she’s willing to live through . . . and who she can’t live without.

I had been interested in PIVOT POINT for a looong time before I got the chance to read it and I admit it, due to my habits of skimming a book summary so as not to encounter ANY opportunity for spoilers, I wasn’t 100% sure how the book played out. Turns out that Addie is not the only person that has an ability — Her whole community is a group of Paranormals, each one having a unique ability from using more of the untapped part of their brain. I must say though… I was a bit disappointed in the Para community. Not because of how it was written but the Para community, Para high school… It all felt a little cutesy and Fortress of Solitude-ish and for some reason I wasn’t totally sold on it.

I kind of loved that the entire book flips back and forth between Addie’s Search of her life if she stays in the Para community and her life if she chose to move into the Normal world. It was really interesting to see both timelines side-by-side and when we finally reached the end of her Search, I felt like she had an impossible choice ahead of her! I loved that after every Search, it was like she actually lived both choices so it all felt so real to her – I found that really interesting! – as well as the fact that her ability was a twist on clairvoyance and had a bit more rules & restrictions.

Overall, I can’t say I was really blown away by the book, but I absolutely loved the idea and how it was written as far as the two different paths go and coming full circle to Addie making a decision in the end. It was written so well that certain things in each path appear in both, whether Addie was directly involved in that event or not. The things I was bothered by were little things like the role that football played in the story (way too much, mostly because I’m so tired of the quarterback/cheerleader roles played out) and sometimes I felt like I was just happy-floating-along instead of really being gripped by the story, if that makes sense. I’m definitely interested to see where the sequel goes and how Addie’s ability will continue to affect her decisions! I’m actually DYING to know where things are going to go and I’m a little mad I have to wait because…. well, when you read it, you’ll know!!

Addie: Addie is interesting. There were times that I really liked her and other times she was really bothering me. Actually, I think I just really liked her when she was with Trevor and really bothered when she was with Duke. I think I just knew there was something about Duke I didn’t like and I just didn’t want to see her with him! What I DID like was seeing how mature she is about her ability and how she’s been able to use it to help her grow as a person. When it comes time to decide in the end which path to take, I think we see that trait in Addie really shine and I think I’m going to like her a lot more in book two!

Trevor: I was allllll for Addie’s time with Trevor! There was a point in the book where I had him in my mind as a cross between Tim Riggins and some kind of prettier-looking guy since she kept talking about his eyelashes. But seriously. Cowboy boot and a wool-lined jacket, high school kid in Texas? That equals Tim Riggins. Besides the physical aspects, I absolutely loved his interactions with Addie, how he treated her, and GUYS. It’s another best-friend-turned-boyfriend romance!!! (Kind of.)
Duke: I just…… Never felt like he was trustworthy! Probably because of Addie’s initial reaction to him being a schmoozer. I was on her side! I got a little more comfortable as the book when on but man, I just really never ended up trusting him! He was all quarterback, too pretty, too nice!

I just loved PIVOT POINT. I think it could have had a little more oomph to TOTALLY knock me over but that doesn’t mean I didn’t love it. Totally a me book! 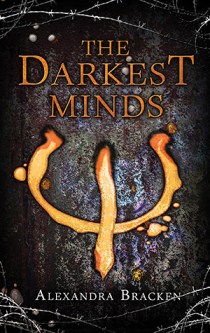