Title: P.S. I Like You by Kasie West
Publishing Info: July 26, 2016 by Scholastic Inc.
Genres: Young Adult, Contemporary
Find it on the web: Buy from Amazon // GoodreadsDate Completed: July 14, 2016
Related Posts: Pivot Point (Pivot Point #1), The Distance Between Us, On the Fence, Split Second (Pivot Point #2), The Fill-In Boyfriend, By Your Side


What if the person you were falling for was a total mystery?
While Lily is spacing out in Chemistry one day, she picks up her pencil and scribbles a line from one of her favorite songs on the desk. The next day, someone else has written back to her on the desk! Soon enough Lily and the mystery student are exchanging notes, and lyrics, and even sharing secrets. When Lily finds out that her anonymous pen pal is a guy, she's flustered -- and kind of feels like she's falling for him. She and her best friend set out to unravel the identity of the letter writer -- but when the truth is revealed, the guy is the LAST person Lily could have ever imagined it to be. Now that Lily knows the truth, can she untangle her feelings and gather the courage to listen to her heart?
From beloved author Kasie West (The Distance Between Us) comes an utterly charming story about mixed messages, missed connections, and the magic of good old-fashioned secret admirer notes.

** SLIGHT spoiler in the sense that I’m revealing who mystery note-writer is later on in my review. It’s necessary in order to properly share swoons. You can probably guess as you read but if you don’t want to know, avert your eyes! **

Kasie West is one of my queens of contemporary. When I’m in the mood for a contemporary novel, I usually lean towards light and fun (especially lately) so as soon as I heard about new title P.S. I LIKE YOU from Kasie West, I was ALL over that. A new cute contemporary novel from Kasie AND a secret letter exchange? Oh, boy. It had my name written all over it.

All of Kasie West’s novels are amazing so it’s hard for me to pick a favorite… and P.S. I LIKE YOU made it that much harder. It was good right from the start but I wasn’t sure it was “new favorite” material. I immediately adored Lily and her quirky, unique, and not-afraid-to-be-themselves family but I wasn’t sure I could really relate as much as I had to previous novels like ON THE FENCE (swoon).  The more I got to know Lily and her family, the more relatable they became. I really, really loved how Kasie West showed how Lily was comfortable with who she was (for example, in fashion sense and music taste) and yet she was still shy and uncomfortable to be so different at times. She had such a conviction in what she loved and yet she felt vulnerable about those things as well. There’s so much going on in one person’s life that it’s impossible to tell why they do, dress, or act how they do. Lily has a unique clothing style and makes her own clothes. It’s a passion and art is important in her family but it also stems from the fact that her parents can’t afford to buy herself new clothes and all of Lily’s money usually goes towards her guitar or hanging out with her friends. I can’t say how much I appreciated that Kasie West portrayed a character who was happy with her creations and art and was still so self-conscious of them at the same time.

I loved seeing two present parents for the main character as well. I suppose it’s more common in fantasy/dystopian/paranormal to have a noticeable lack of adults around but I always appreciate seeing two loving parents in a YA character’s life. I suppose part of the reason parents are so often absent (because of divorce or death) in YA novels is probably because that is a major thing for a teen to deal with but it’s also nice to have novels where you get to see a family with two parents who have a good relationship. I’m not saying one is better than the other but when it becomes a noticeable tend in YA to have missing parents, it’s refreshing to see the opposite… But that’s a discussion for another day.
What I loved best about Lily’s family was how supportive everyone was of each other. The kids’ ages range from 8 – 19 so there’s a wide array of sports schedules, practices, friends, places to be, and things to do among all the kids. Sometimes Lily has to grudgingly baby-sit but you can always see the love there for her younger brothers and even though she and her sister are different in many ways and can butt heads, they’re always looking out for each other when it comes to the big picture. Her parents can be a bit embarrassing but in ways that show that they care about their kids and like to have fun. It’s typical silly parents behavior that can embarrass a teenager but I loved how I could just feel the love from the whole family!

And of course there were the SWOONS. (This is the part where you avert your eyes if you don’t want to know who the mystery note-writer is!) I absolutely adored the romance in this book. First off, the letter writing reminded me SO MUCH of some of my high school experiences. We used to exchange notes back and forth all the time in classes in high school. I think I even still have the box of notes that I kept from high school somewhere (you know, if I ever want to re-live those embarrassing world’s-shortest-relationships) and memories of many, many text and instant message conversations with crushes. The beauty of this book was the hate-to-love relationship. Oh yes, I’m talking about how Lily’s mortal enemy #1 Cade ends up becoming the love interest. It was done so well because I spent the first half of the book suspecting the note-writer might be him (he was the prominent male character even in the first half of the book) and wondering how in the world he was going to be turned around into someone I would actually like and it so worked. Everything that Cade did and said truly had a reason behind it and it just goes to show you that you never know what’s going on in someone else’s life and where they’re coming from. The characters really reminded me of myself and some things I had gone through during high school and it also just makes me wonder what sort of things I was missing in other people’s lives because I was too absorbed in my own. I won’t spoil everything here but I will say that these swoons just totally took me by surprise and this relationship ended up being amazingly cute. When the reveal happened and these two characters came together… GAH. I just melted.

Not to be missed in the midst of the swoons was the friendship between Lily and Isabel. They come from a totally different family life, like plenty of different things, and enjoy different hobbies but they’re still best friends. Although a lot of people find friends based on similar interests, not ALL of their interests have to intersect and I really liked that about this friendship! The girls are different in many ways but they’re so supportive of each other no matter what, even when a boy threatens to come between them. (Gasp! Never!) I just loved the maturity of their friendship and also how it continues to grow throughout the book. Lily often has to take care of family matters before hanging out with friends and especially as a teenager that can be hard to understand but the girls end up making it work and hang out when they can. I love that by the end of the book, they understand each other even more than they already did and learned a little something about themselves too.

P.S. I LIKE YOU definitely shot straight into my favorites from Kasie West! (Although isn’t that really all of them? Don’t make me choose!) The beginning started off a little slower for me than previous books but the middle and ending were oh-so-rewarding and just so darn cute. Kasie West never fails to deliver a cute contemporary and characters that are so incredibly relatable. She continues to be an auto-buy author for me and even though I just finished this book, I can’t wait for more!!

Kept Me Hooked On: Letters in books. I just love when letter-writing is a big part of a book. Emails, letters, texts, you name it. It just reminds me so much of writing back and forth with crushes in my youth and it brings back fun memories and feelings!
Left Me Wanting More: Time with the reveal. I did enjoy that Lily’s mystery man stayed a mystery for about half of the book… but I also could have used more time knowing who he was so we could see more of that crossover time! All of those little moments where they almost find out about each other… And more time of them together and swooning!

I simply adore Kasie West. Her contemporary novels are perfection and I will instantly buy any single one of them and so should you. 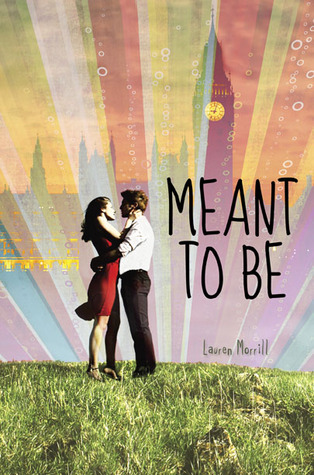 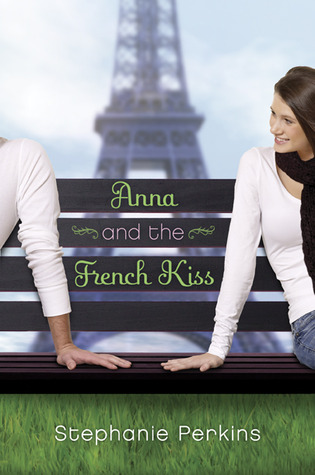