Sloane knows better than to cry in front of anyone. With suicide now an international epidemic, one outburst could land her in The Program, the only proven course of treatment. Sloane’s parents have already lost one child; Sloane knows they’ll do anything to keep her alive. She also knows that everyone who’s been through The Program returns as a blank slate. Because their depression is gone—but so are their memories. Under constant surveillance at home and at school, Sloane puts on a brave face and keeps her feelings buried as deep as she can. The only person Sloane can be herself with is James. He’s promised to keep them both safe and out of treatment, and Sloane knows their love is strong enough to withstand anything. But despite the promises they made to each other, it’s getting harder to hide the truth. They are both growing weaker. Depression is setting in. And The Program is coming for them.

You know what… I’m actually really impressed with THE PROGRAM. I’m not sure why, especially since I had seen so many 4, 4.5 and 5 star reviews from my fellow bloggers but for some reason I really didn’t expect to end up liking this so much. I guess I can say that I’m happy I sort of surprised myself! THE PROGRAM was really different than I what I had originally expected. I was thinking this was going to be much more dystopian in the sense that it would be further off into the future (although I have no idea what year this was supposed to be in the first place) and that there would be much more… weird technology, I guess? Okay, I admit I’m not 100% sure what I expected, but THE PROGRAM was very much grounded in the normal world as we know it except for the teen suicide epidemic and of course, the introduction of The Program.

Despite the fact that this book revolves entirely around teen suicide and how it affects the family and friends left behind after the death, for some reason I never expected to be so emotionally involved in the book. My guess is because the cover is so cold and calculating with the stark white room. I was glad that I connected so well to really each and every character in this book. Sloane’s story was quite emotional for me. I really felt for her, for her family, and her friends. I really got to know all of the characters before Sloane’s memory starts getting wiped (which is a known process of The Program). It was crazy to think about how I would feel if I was going through this same process of losing my memories of my loved ones and my past, even if those memories weren’t always happy ones.

I actually found myself really sucked into the sadness of the story. With teen suicide being so prominent and reading about those intense and terrible feelings directly from Sloane’s POV, I really sort of internalized it all and let myself really get lost in the book for a while. That could be a dangerous thing if your emotions are easily swayed but I was still able to pull myself back out and find a happy place when I needed to. The biggest part of that emotional aspect was the relationship between Sloane and her boyfriend James and seeing how her brother’s suicide affected them both since James was his best friend. Everything felt so real and so true.

The Program itself? Pretty creepy. The concept of wiping memories just plain skeeves me out, not to mention a super-creepy worker and the head honchos who run the Program who definitely cannot be trusted. I was honestly getting pretty irate with them because everything SOUNDS like it would be for the good of the patient but you just know what they’re doing just doesn’t feel right. There’s also Realm (that’s his last name) who plays a big part in the story. He’s… interesting. I always got this feeling like I shouldn’t trust him but at the same time you could see the good side of him as well. As much as I didn’t like his character, I did… If that makes sense. He was actually pretty complex and had true feelings for Sloane. We end up with kiiind of a love triangle, but not really.

Okay, okay, I know this all sounds very vague, but I’m trying really hard not to include any spoilers! There are some great twists and turns in this plot but really overall, I think it was the emotional side that really took me by surprise and swept me away. I loved the love story between Sloane and James and her determination to remember him and keep all the memories of him that she possibly can. It’s definitely less dystopian than I thought as far as action and politics goes and more of a love story with a bit of a sci-fi element set in the future. I can definitely see how so many people loved it. I know I did! I also thought the ending was really great and I really can’t wait to get my hands on book two!

Sloane: I actually really loved Sloane. She really felt like a normal teenager who was dealing with the tragedy of losing her brother and also her friends. She coped the best way she could and had a really solid relationship with her boyfriend James. When The Program starts infiltrating her life, her survival mode and total ferocity kicks in. I loved how much she fought for her family and friends and to keep the memories of them alive. Sloane has an extremely wide range of emotions and I totally felt them all right along side her!
James: James is Sloane’s boyfriend and I thought he was totally swoony! Maybe not physically the type I’d go for, but it’s a book. I guess I can picture him however I want haha. Anyway, I loved his relationship with Sloane and how adorable the stories are of their first kiss, first date, and first time they realized they liked each other. James was best friends with Sloane’s brother so they had always known each other so it was so cute seeing that relationship develop through the stories and memories in Sloane’s head. It was also SO interesting to see how their paths changed after The Program started messing with their lives and I loved how everything came back around.
Realm: I was a bit back and forth with Realm. I wanted to like him, but I didn’t. There were so many reasons and hints not to trust him but honestly, I could see the parts of him that truly were good. It was really interesting to see how much he was involved in Sloane’s story and I’m super curious to see what kinds of roles he’ll play in the rest of the series.

I really, really enjoyed this one quite a bit. I was surprised at how much I connected with it and it really stirred up a lot of emotions. Definitely recommending this one! 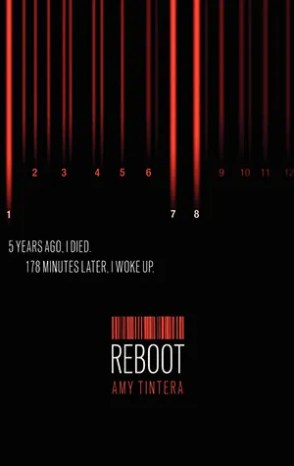 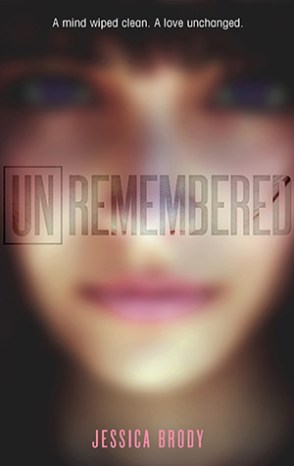