Around the world, black handprints are appearing on doorways, scorched there by winged strangers who have crept through a slit in the sky.
In a dark and dusty shop, a devil's supply of human teeth grown dangerously low.
And in the tangled lanes of Prague, a young art student is about to be caught up in a brutal otherwordly war.
Meet Karou. She fills her sketchbooks with monsters that may or may not be real; she's prone to disappearing on mysterious "errands"; she speaks many languages--not all of them human; and her bright blue hair actually grows out of her head that color. Who is she? That is the question that haunts her, and she's about to find out.
When one of the strangers--beautiful, haunted Akiva--fixes his fire-colored eyes on her in an alley in Marrakesh, the result is blood and starlight, secrets unveiled, and a star-crossed love whose roots drink deep of a violent past. But will Karou live to regret learning the truth about herself?

I’ve been promising to read this book for quite some time now but after our first Twitter chat at Literary Lushes, I realized how important it was that I read this book like… NOW. So I made sure it was one of the next books I picked up and I’m SO glad I finally read it! I was really, really nervous to read this. I really thought I would not like it. Soooo many people loved it and it’s fantasy… And not quite in the same realm of fantasy that I usually read, so I was a bit intimidated! Fortunately, Laini Taylor’s beautiful writing, knack for plot twists, and character development left me with nothing to fear!

DAUGHTER OF SMOKE AND BONE is so not a Brittany book… But that also so didn’t matter. If you know my reading styles well, you know that I don’t do well with “creature fantasy” (is that a real term? That’s what I call it) so I was really concerned when I found out that the chimera were a HUGE part of the story. I think maybe one of the reasons their presence worked so well for me is that the chimera are Karou’s norm — these “creatures” are her family so while she does discover other secrets about their world and connections to it, there’s a certain sense of normalcy amongst the fantasy.

I was also concerned about several people mentioning how Laini Taylor’s writing is lyrical and flowery and that scared me because that’s also what people said about SHATTER ME and (hate me if you want! I don’t care!!) I really didn’t like the writing in SHATTER ME at all. That comparison had me very hesitant, but once again, I had nothing to worry about. Yes, Taylor’s writing is “flowery” but it’s done beautifully so I didn’t feel like I was lost in metaphors and it wasn’t hard to follow along with. Sure, maybe it required a bit more concentration, but really, I kind of liked that I was really forced to pay attention to the book and not allow other distractions to take away from my reading experience.

The story of the chimaera and the angels are fascinating. It was almost difficult at first because I had to stop my brain. Are the angels really the bad ones? We see the story with Karou and her family of chimaera as the “good guys”… So does that make the angels the bad guys? ARE there bad guys or is this just a matter of perspective? I loved that there was almost a sort of role reversal and/or grey area as to who was good and who was bad. I liked being challenged as a reader to not fall into any stereotypes and to listen to what the book was telling me instead of what I found to be true. As we learn in DAUGHTER OF SMOKE AND BONE, there’s always another story beneath the surface somewhere… And the truth can be quite surprising!

I’ve gotta say… It’s almost not fair to judge this as one book. The first half/three quarters, I really enjoyed. I was going along like, “Okay, I really like this. Like this… Oh, I really like that!” and then all of a sudden, BAM! Plot twist! Surprises! Mysteries revealed! And like Karou, my whole world was turned upside down. I will say this… Laini Taylor, you sure know how to draw out the suspense! I’m pretty sure I raced through the second half of that book because I was like, “Gimme gimme gimme info!” and I couldn’t read fast enough to resolve that surprise twist. I had my suspicions (which turned out to be about half accurate) and the whole second half of the book just totally blew my mind.

As far as style & subject matter go, I’ll say this is probably a love it or hate it book. If there hadn’t been so many rave reviews of DAUGHTER OF SMOKE AND BONE, I probably wouldn’t have picked it up because I would have thought I’d have hated the subject matter (so thank goodness for all you beautiful reviewers out there)! As far as plot & pacing go, I’d say this could fall anywhere for the general reader. I felt like the beginning was juuuuust a tad slow, but not enough to turn me off. I was just impatiently waiting for the “good stuff” to happen! The ending also kind of dragged, mostly just because we get the reveal and it IS a slight info dump of backstory, but I really enjoyed that info dump haha. It was just hard when I was stuck in the backstory and it took so long to get back to the present-day story because OBVIOUSLY I’m dying to know what happens there! Mostly, I’m just happy that I really enjoyed it so much and now I’m incredibly curious to see what happens in book two!

Karou // Character Obsessions: Art, drawing, finding out more about Brimstone.
Karou is pretty awesome, in my opinion. She’s got this whole other life that her “human” friends don’t know about… Considering she grew with up with chimaera as her family and knows nothing about where she came from. I feel like that could have easily been a way for Karou to whine and pine and beg about information, but she doesn’t. She helps Brimstone like she always has, does what’s asked of her… And then boldly explores on her own when she can, almost always as long as it doesn’t upset her family. She’s bold, brave, badass, and she’s got blue hair, for Pete’s sake. That’s gotta say something, right?
Brimstone // Character Obsessions: Teeth, missons, luck.
I kind of love Brimstone. Right off the bat, you know he’s the protector and the leader of Karou’s chimaera family, but there’s so much more to him than Karou knows… And the mystery killed me the whole book. Suspicions are thrown around from good to evil the whole book and I feel like I never knew was his true character was until the end and I LOVED how that book ended with what we learn about Brimstone!
Akiva // Character Obsessions: Madrigal, Karou.
Akiva. HE HAS SMOLDERING EYES. A real, true smoldering stare. How do you compete with that!?! Anyway… At first, I was like, “What’s so special about him? I don’t know what everyone’s swooning about…” and then I TOTALLY did. Find out more about Akiva’s back story and it totally makes his character amazing.
Madrigal // Character Obsessions: Making a difference, Akiva, changing the world.
HELLO, Madrigal is so badass. She’s the chimaera who falls for a Seraphim and wants to change the ways of the world. No wonder Akiva falls for her. What a beautiful soul!

Kept Me Hooked On: Different kinds of fantasy. Okay. The fantasy I usually enjoy is apparently fantasy that seems ancient or medieval (like A Song of Ice and Fire, Graceling, Prophecy, Grave Mercy (if you consider that one fantasy)), so the fact that this was involving a cast of non-humans as well as all taking place in the present time, I was really surprised that I liked it so much!
Left Me Wanting More: Karou/Akiva romance. There was so much to learn and so much to be revealed that it took me a while to get into the Karou/Akiva romance before the big reveal happens. Although… I’m sure there’s plenty of time for romance in future books and that’s all I’m saying!

Even if you’re a fantasy skeptic, give this one a shot! There’s a reason why so many people have rated it 4 and 5 stars! 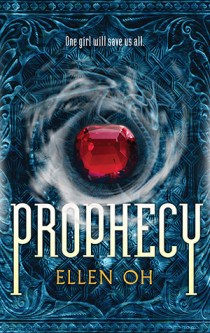