Evaline Stoker and Mina Holmes never meant to get into the family business. But when you’re the sister of Bram and the niece of Sherlock, vampire hunting and mystery solving are in your blood. And when two society girls go missing, there’s no one more qualified to investigate.
Now fierce Evaline and logical Mina must resolve their rivalry, navigate the advances of not just one but three mysterious gentlemen, and solve murder with only one clue: a strange Egyptian scarab. The stakes are high. If Stoker and Holmes don’t unravel why the belles of London society are in such danger, they’ll become the next victims.

When I first heard of THE CLOCKWORK SCARAB, I was like, “Sherlock Holmes and Bram Stocker mash-up? In YA?! THIS IS SO MEANT FOR ME!!!” I did a bit of happy dancing and then finally got around to reading the book. Okay, this sounds like I’m setting you up for a terrible review and truly, honestly, the book was not awful. I was actually really entertained although not quite in the way I was hoping.

The chapters alternate between the first person POVs of Mina Holmes, the niece of famed detective Sherlock Holmes and Evaline Stoker, the much younger sister of author Bram Stoker (whose book about a famous vampire called Dracula has not yet been finished). The book kicks off with Mina’s POV and I feel like we see an AWFUL lot of Mina. Don’t get me wrong, I LOVE Sherlock Holmes and inductive reasoning, all that good stuff, but I felt like she kind of dominated the book and we didn’t see too much of Evaline. True, the chapters did alternate fairly evenly, but the book was really Holmes-heavy with lots of sleuthing and detective work and honestly zero vampire involvement. I’d really like to see these two worlds actually collide so I’m actually looking forward to picking up book two. I’m hoping we’ll really get to see Evaline in action!

The world building was a bit shaky for me. You wouldn’t think you would have to world build much by setting a book in an actual historical time period, but things are a bit…. different, shall we say. It wasn’t quite revealed until later (and I hope this isn’t a spoiler for anyone… it shouldn’t be that big of a deal to say) that this is more of a steampunk, almost alternate universe London. Colleen Gleason has an interesting setting where steam is king, electricity is a dirty word and… well, there IS more but those really might be spoilery things to say.

The mystery in this book involves Egyptian mythology/legends/gods, which HEY. That was perfect considering that’s what I’m using for Classics Retold. Everything seemed pretty spot on (that I could tell… which I may not be a reliable source for this, but take that as you will) but nevertheless, I still wasn’t quite into where the plot of the mystery took us. There were some great Holmesian moments, but I felt like some things were revealed a bit too early and others not early enough.

The romances in the book……… I was just not a fan. I couldn’t get into any of them. Yes, ANY. That means more than two. Mina has a bit of a love triangle (although not quite enough to be a triangle, I think) with a handsome inspector and a curious boy named Dylan who she ends up doubting, trusting, befriending, and then starting to feel all the feelings for (oh, and he’s American). Then we have Evaline and her chap who…. yeah, I just never liked. The personality didn’t have a chance to shine because I was so completely distracted by the cockney accent which was heavily written in. I don’t mind cockney accents, but I felt like my brain wasn’t allowed to pick up on it being stated that he had that accent and then a few words shortened here and it being written in other ways throughout the text. Nope. EVERY single dropped letter or change in speech was apostrophe’d up and it was distracting to read. I was trying to decipher what words were instead of being trusted to pick up the accent in my head and read it that way. It was too distracting for me and I felt like that totally lost the magic of the character.

The relationship between the girls was a bit… tiresome. They treated each other like nemeses when they first started working together on this case and it wasn’t really until the very end of the book that they started to realize they cared about each other as friends. With everything else that they were battling, it was just too much for me to have another conflict in the book. I can get a bit of annoyance or a touch of jealousy, but it was constant and it was too much for me.

Then the LAST thing was Dylan’s entire story line……… Where did this come from? This is a bit of a spoilery area so I really don’t want to say a lot about it but it was not explained well. Yes, yes, it is a series so I can only assume there’s more out there to be revealed but why was it necessary for him to be in the story? So far, it I took him out of THE CLOCKWORK SCARAB… pretty much the same book. Why was he a relevant part of the story? Why was it important that he meet Mina? How in the world did he end up in London? Again, hoping more questions will be answered in book two, but I was really hoping to get SOMETHING more in the first book to reassure me that this was, in fact, relevant information.

I was entertained by THE CLOCKWORK SCARAB, but there were just too many things that left me with an uneasy feeling after I was done. Even the mystery itself didn’t quite wrap up and that was something that I felt should be complete in book one and not left open for the rest of the series. It felt like a plot arc of the book, not a series arc. Anywho… I am interesting in reading the second book in the series when it comes out and hopefully get some closure on a few loose ends as well as more vampires. I would love for book two to just knock me off my feet!

Mina Holmes // Character Obsessions: Facts, detective work, clues.
Mina’s a pretty straight-shooter. Taking after her Uncle Sherlock, she’s all about finding the little secrets hidden beneath the bigger secrets and seeing what others miss. I really did enjoy her character more than Evaline’s, I think just because I adore Sherlock Holmes. Her voice really did seem stronger in this book as well.
Evaline Stoker // Character Obsessions: Kicking ass and taking names, fighting vampires, proving herself, acting first & questions later.
Evaline is a very kickass chick… But I felt like it was almost a little too stereotypically so. I’m hoping for more growth from her in future books, but so far she just seems to act first and figure the rest out later. That’s not always a bad thing but it did bother me a little bit. I think she feels like she has to prove herself because she’s a vampire hunter… But hasn’t even slain a vampire yet. She needs to live up to a name that she hasn’t even had a chance to prove yet so she’s trying to prove herself elsewhere. I’m hoping she can take down a few vamps in book two!

Kept Me Hooked On: Sherlock Holmes. I love Holmes and… okay, admittedly, I still need to read more Holmes novels, but this was definitely a fun twist and a great connection to the classics.
Left Me Wanting More: World Building. There were so many different elements crammed into this world that it didn’t all quite fit together for me. Part of it was realistic, part of it was fantastical, part of it was sci-fi… Even the concept of Holmes and Stoker was a fictional character and a real life person combined into one book. That was kiiiiind of explained but not really. I guess I’ll just have to accept that this is almost like an alternate history or something!

I was definitely entertained by this one but I had a few issues with world building and plot development as far as the romances went and the resolution of the mystery. This might be a good one to borrow first and save your pennies in case it’s not quite the book for you! 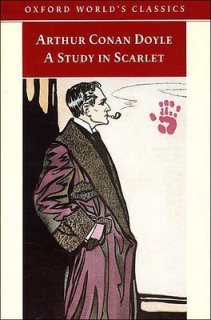