Each night at precisely 4:33 am, while sixteen-year-old London Lane is asleep, her memory of that day is erased. In the morning, all she can "remember" are events from her future. London is used to relying on reminder notes and a trusted friend to get through the day, but things get complicated when a new boy at school enters the picture. Luke Henry is not someone you'd easily forget, yet try as she might, London can't find him in her memories of things to come.
When London starts experiencing disturbing flashbacks, or flash-forwards, as the case may be, she realizes it's time to learn about the past she keeps forgetting-before it destroys her future.

I had been meaning to read FORGOTTEN for a long time, and from its description, I was instantly curious. I love books that revolve around time travel, alternate universes, and messing with the human brain (internally, of course. Not like… lobotomies or anything. Sorry — back on track here…) so the fact that London’s memory reset at 4:33am each morning AND that she only had a memory of the future and not the past was entirely intriguing!

I’m not entirely sure why, but I assumed this was going to be some kind of paranormal/sci-fi thriller. You know me… I go in blind or nearly blind for many books because I love being surprised by everything so I had read the synopsis when I first added it to my TBR list, generally knew what it was about when I started it and… It was a bit different than I expected. I’m not saying it was in a bad way because I still really enjoyed the book, but it wasn’t as suspenseful and action-packed as I thought it was going to be. I had expected some kind of chase, maybe a government conspiracy — I’m so terrible and I create plots in my mind before I even read a book. It’s bad — But FORGOTTEN was definitely more of London’s personal struggle, an explanation of her current condition, and her own personal relationship struggles, specifically with her best friend Jamie, cute boy Luke, and her mom. There was a bit more action and suspense towards the end of the book, but it just didn’t happen quite soon enough.

I think the thing I was most impressed with was all of the logistics of how London’s memory worked. She only remembered the future so we only get to see things as London remembers them — whether that’s one day into the future or several years. London can remember a friend because they’re still friends in the future but she has to take notes about what she wore and ate and did the day before because once that day is gone and her memory resets, it’s all gone. This was a fantastic concept for a novel and it definitely drew me in!
I think the thing about the memory that I didn’t like was the explanation. It was explained, but it felt part science-based and part science-ficiton and the two just weren’t melding together for me. My brain couldn’t handle the plausible and the impossible rolled all into one. My main thought process? We find out the reason for London’s memory reset, which okay, I can totally understand and will absolutely buy into but ability to only remember the future? Fiction! (Well, of course it’s fiction, but my brain kept calling it out.) I feel like if there was a sci-fi reason for BOTH or a scientific explanation for BOTH, I might have felt better about it. To mix “fact” and fiction just never came together harmoniously for me.

Since London has no memory of the past, she’s constantly taking notes to help her relive each day and if it’s something important, she has to read that note each day. Cat Patrick did a great job at not making this repetitive because if you know me, you know how much I hate repetition in books. The only time it became a little too much was with Luke’s character. London had to “remeet” him so many times that the mention of his good looks and the “beautiful boy” just became tiresome and I got sick of hearing about how good looking he was. Luke wasn’t a vain character, but if he read the book, he would be bound to become one. Hang on to your hormones, London! Nah, but it really wasn’t that bad. It’s just my personal weakness for repetition and it just got under my skin a little.

FORGOTTEN has a great tangle of relationship issues that London needs to learn how to deal with, aside from just a romantic one. She has to figure out how to be in a relationship without even remembering the guy (which, ow. Not easy, right?), she has to work on keeping a good relationship with her mom no matter how hard things get, and she ends up in a fight with her best friend Jamie. I actually really enjoyed — okay, not enjoyed — but appreciated the relationship struggles because we saw so many aspects of London’s life. I was, however, bothered by the REASON that London and Jamie ended up in a fight. I understand it causing a rift, but to go on for weeks/months… Seemed a bit much. Then again, maybe Jamie’s a bit too much and that’s just her character! Could be true, but then that turns me off to that side of her character. Eh. Just a ‘meh’ snag in the plot for my personal tastes.

I really did enjoy FORGOTTEN but overall, I think I was expecting a bit more. Was it my expectations? Was it my actual opinion as I was reading? Was it a little bit the audio narration? Yes. All of these things were a factor, but I also think they all balanced each other out. After reflecting on it for a while, I think it was a good read but fell somewhere in the middle for me, still missing a couple of those elements that provide a good “wow” factor.

London // Character Obsessions: Taking notes, her cell phone, a mysterious dream.
London and I didn’t quite get along as I had hoped but I think that was just due to her… condition. I’m not sure if it was the situation or the writing, but you know how I get with repetition and the fact that we always had to repeat London’s life over and over since she has no memory of the past wore on my nerves. Actually, Cat Patrick did this pretty well so we didn’t have to relive everything all the time… Just the constant fawning over Luke’s bodacious bod got a bit tiresome. Sigh. Teenage girls.
Luke // Character Obsessions: His family, London, original ideas.
I actually liked Luke a lot! I think sometimes his character lost a bit of believability because come on. What teenage boy is that super sweet? BUT he really does his best to make London feel special and it was what I always wanted when I was a teenager myself. Who am I to judge! Plus, he drives a minivan. Soft spot! (No, seriously. Reminds me of when I started dating Shane and we always drove around in his mom’s minivan haha.)

Kept Me Hooked On: Messing with the mind. I loved the concept for this book. It was so interesting and there were definitely a lot of curious elements regarding London’s memory!
Left Me Wanting More: Action. I just wanted a bit more action, suspense, and mystery. There was a bit that came towards the end, but really not as much as I had hoped for. Probably my fault of assuming what kind of book it would be, but I really had high hopes for more tension!

I actually had a hard time deciding how I really felt about this book. I enjoyed it but I think when it comes down to giving it a rating, I’d say it doesn’t need to be high up on your list, but if you come across it, it’s still a good read. I think my expectations may have been too high and I wanted more of a mystery/thriller aspect and much more suspense. I did enjoy the concept but it had a lot more contemporary/romance aspects than I anticipated and less of a “paranormal romance” feel. 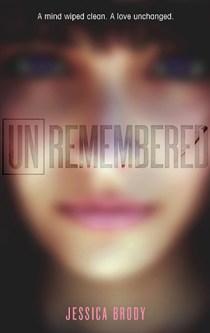 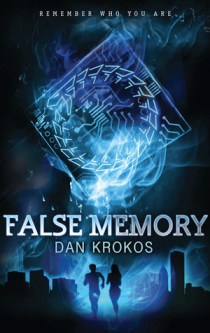