Sixteen Candles meets Sliding Doors in this hilariously charming and irreverent YA debut. Fans of realistic teen fiction like Lauren Barnholdt's Two-Way Street and Sarah Mlynowski's Ten Things We Did (And Probably Shouldn't Have) will love Ask Again Later's pitch-perfect tale of prom night drama—with a twist.
Heart LaCoeur has zero interest in a messy high-school romance, no matter what her name suggests. That's why she's decided to avoid prom angst by going with a group of single friends. And that's why, when two surprise prom invites derail her brilliant plan, Heart takes the only foolproof, drama-free solution: a coin flip—that somehow gives her the chance to live out both prom nights. Heads or tails, where they both end up might be the most surprising thing of all...

ASK AGAIN LATER was adorable and just the book I needed! The story opens with Heart (and yes, that is her real name and she hates it) weighing her prom options. It being their junior year and none of them really dating anyone (except a couple), they decide to all go together, forming a crew called the No Drama Prom-a crew, a group I really wish I had had in high school! The book follows one story line until it’s time for Heart to decide on her new options for Prom: Her classmate in French, fellow theater nerd, and friend Ryan and her brother’s best friend and jock Troy who had just gotten dumped. Heart feels so torn and doesn’t want to hurt either guy so after her friend’s Magic 8 Ball continues to give unhelpful answers (hence our title “Ask Again Later”), Heart flips a coin and the two story lines split into how Prom night goes with Ryan and how Prom night goes with Troy.

The concept was very reminiscent of JUST LIKE FATE by Suzanne Young and Cat Patrick or PIVOT POINT by Kaise West which was a big bonus for me because I truly enjoyed both of these and how they played out! It’s a sort of parallel universe without actually experiencing both, keeping it contemporary and not paranormal or sci-fi. We flip flop between heads and tails, seeing both sides of the coin (as you will) and how things go terribly wrong and awesomely right in each respective scenario. In each path, Heart learns a lot about herself and also in respect to her family and her relationship with her friends. Oh yeah…. And a ROMANTIC relationship which constantly filled me with butterflies and totally reminded me of my own high school experiences.

ASK AGAIN LATER felt very true and loyal to legitimate high school experiences (or at least the ones I had)! With a few exceptions where we lean towards the stereotypical “popular kids” like Troy the jock and other cheerleader/dance team/beauty queen girls in the jock Prom group, reading ASK AGAIN LATER really felt like it hit home with me. I loved Heart’s relationship with her friends and seeing the theater nerds because while I wasn’t a full-on drama person, I did a couple plays and musicals in high school and we had our own niche of musical & choir nerds so I can totally relate to that! It was so much fun to see and watch how relaxed they were with each other. I adore nerdy friendships and I loved seeing a solid group of friends who weren’t afraid to be silly and were truly comfortable with who they were around each other. I often tire of the catty girl friendships so this was so refreshing and truly enjoyable to read!

I’m not normally one to pick up books about Prom because too often I feel like I don’t connect with them or I’m easily turned off because dance scenes often lead to a drama-filled plot. Liz Czukas totally nailed this Prom-themed book though because although there was drama, I never felt weighed down or turned off by it. Yes, bad things happened to Heart. Yes, hearts were broken. Yes, tears were shed… But Heart has her friends to back her up and spend the night with, even if she doesn’t go solo with the No Drama Prom-a group and true to their motto, they make valiant attempts to make the best of each negative situation that comes their way. Heart finds herself in some truly compromising situations but her friends are always there to lend her support and she’s able to rely on them when she needs it most!

Okay NOW NOW NOW let’s talk about the most adorable romance! I personally think it’s adorable because this was about 90% of my dating (aka non-dating) life. Imediately, I latched onto Schroeder. His real name is Chase but instead of calling Heart by her real name, he instead calls her various internal organs like kidney and lung to be funny and Heart in turn calls him Schroeder playing on the fact that he resembles the Peanuts character and is a whiz at the piano. Ummm, ADORABLE. Okay, that may seem immature to some and totally not adorable, but that teasing is totally my kind of flirting and just somehow really just GETS me. Since the first time I met Schroeder, I was already rooting for Heart and him to get together. Throughout the book, the back and forth between Heart and Schroeder just totally tugged on my heartstrings and their friendship, their banter, and their feelings for each other were absolutely my favorite parts of ASK AGAIN LATER.

I actually double-checked my review just to make sure I covered all of my favorite points because there were really no parts of this book that I didn’t enjoy and you NEED to know about all of them. I had expected to like ASK AGAIN LATER, but I wasn’t expecting to fall in love with the characters and really connect with this story as much as I did. It’s a lovely contemporary novel that focuses not only on the romance but also on the friendships, compassion for others, and not letting the negative get you down. I really hope others love this book as much as I did!!

Heart // Character Obsessions: Taking a chance, going to Prom, not hurting others.

Heart was a girl after my own… heart. She wasn’t a total geek but she let her hair down around her friends and wasn’t afraid to show her goofy side. I also really identified being in her position being put in the middle of two people, neither of which she wanted to hurt even though she wasn’t that close with either guy. She also doesn’t want to hurt her friends by not going with the group and I totally understand being in that position and putting the happiness of others before your own and not wanting to upset the group!
Schroeder/Chase // Character Obsessions: Playing it cool, going to Prom, talking to Heart.
I loved Schroeder. He was such a fun character and really felt like just a combination of my own crushes in high school. I absolutely loved his interactions with Heart and he was totally my favorite part of the book.

Kept Me Hooked On: Prom stories. You know. I tend to not like books about Prom. It’s just usually not my thing. Liz Czukas totally nailed it with ASK AGAIN LATER and I’ll make sure not to write off “prom books” in the future!
Left Me Wanting More: Geek love. I loved all the nerdy love, geeky friendships, and total lack of caring what other people thought. Heart and her friends were so much fun! I just wanted to see a touch more of their goofiness but it was totally there throughout the book!

I had such a blast with this book! I’ll surely be picking up a shiny new copy for my shelves when it comes out in March… on my birthday… BIRTHDAY PRESENT!? 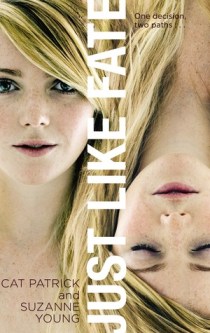 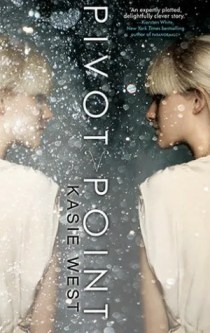