Clementine Daly knows she’s the black sheep. Her wealthy, powerful family has watched her very closely since she almost got caught in an embarrassing scandal a few years ago. So when Clementine’s sent on a mission to live up to the Daly name, politely declining isn’t even an option. Of course, the last thing Clementine does before departure is grab a stranger’s phone by mistake—leaving the hunky journalist with her phone. Soon his sexy voice is on the line, but he doesn’t know her real name, or her famous pedigree—which is just the way Clementine likes it.
Despite all the hassles, Justin Mueller is intrigued to realize that the beautiful brown-eyed girl he met at the airport is suddenly at his fingertips. They agree to exchange phones when they’re both back in town, but after a week of flirty texts and wonderfully intimate conversations, Justin doesn’t want to let her go that easy. The only problem? It turns out that Clementine has been lying to him about, well, everything. Except for the one thing two people can’t fake, the only thing that matters: The heat between them is for real.

I’m a huge fan of Liz Czukas’ YA novels and absolutely adored her first NA, WHEN JOSS MET MATT. When I heard about CALL ME MAYBE, I knew I had to get my hands on it quickly! Like all of her other novels, CALL ME MAYBE was a fun and quick read. It was also, however, the book of hers that I’ve had the most issues with to date.

CALL ME MAYBE started out incredibly cute. Readers get to know Clementine who seems just like the girl next door… if the girl next door’s family was filthy, filthy rich. Chaos and adorableness ensues when Clementine and mysterious hot stranger accidentally switch phones and end up making a connection while talking. The phone conversations were absolutely adorable and I was quickly falling in love with these two characters and their relationship! I loved how they got to know one another and since it’s New Adult, we got to dip more into the sexy side of flirting. Some of it actually really reminded me of text conversations I had while in college (well, maybe they weren’t sexy like that but the texts reminded me of my own) when I had all of the feelings for a new crush!

Fellow book bloggers might also love that Clementine is a book worm and blogger just like us! At first I was super thrilled because hey, she’s just like me! But as the story progressed, I sort of felt like I was reading something that I had written… but not really in a good way. Don’t get me wrong! This wasn’t the author’s fault, but I have a terribly, terribly bad habit of “writing what I know” aka, I fictionalize my own life when I run out of creative ideas when writing (seriously. This is why I’m a reader and not a writer) so it sort of started to feel like that for me. I also ended up having a hard time with Clem’s job choices and how easy/hard it was to find something in her field. Trust me — we as bloggers would love to write reviews and blog and get paid for it but it’s not as easy as it sounds. Some things just felt like they happened a little too easily since for me/us, the struggle is real.

My big hang-up, though, was that Clementine really ended up self-sabotaging and that was THE reason for conflict in the book. Things were going just fine until she started getting suspicious, jealous, and freaking out for honestly no reason at all. There really could have been some other conflict or maybe something more justifiable for her to freak out like she did but I really didn’t feel like her actions were warranted and that totally turned me off. I didn’t really feel sorry for her because any drama that happened, she really did it to herself.

I was so bummed that it started out so cute and really lost steam about halfway through. I just wanted so much more from this book considering WHEN JOSS MET MATT is still one of my favorite contemporary books and was easily a favorite from 2015. CALL ME, MAYBE just didn’t quite live up to its predecessor and was so sad that I didn’t fall in love with it.

Clementine // Character Obsessions: Reading, blogging, family, privacy.
Oh, Clem. We hit it off so well and then you had to go and get all paranoid. It was really such a bummer because I was positively glowing at the beginning of the book and you can really see how quickly things changed for me by my updates. Such a shame that she had to get so insecure.

Kept Me Hooked On: New adult. I don’t really read a lot of new adult but these books always remind me why I love the ones that I do. Though really, where was all of the good new adult sexy times in this?
Left Me Wanting More: Confidence. Clem didn’t have to be crazy confident but I would have appreciated something there that prevented her from getting so paranoid. That was really hard to watch and totally lost me.

The beginning was super cute and I loved where the book was headed. If insecurity doesn’t turn you off as much as it does for me, hopefully you won’t have a big issue! I just couldn’t look the other way. 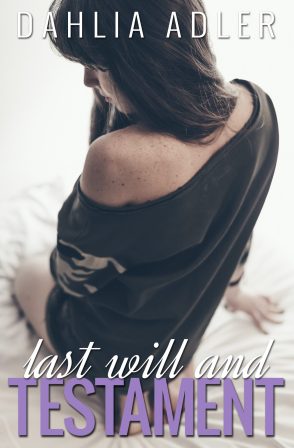 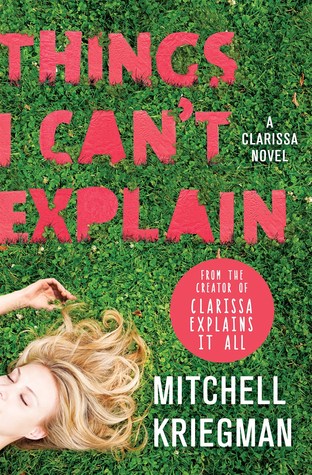