When Travis returns home from a stint in Afghanistan, his parents are splitting up, his brother’s stolen his girlfriend and his car, and he’s haunted by nightmares of his best friend’s death. It’s not until Travis runs into Harper, a girl he’s had a rocky relationship with since middle school, that life actually starts looking up. And as he and Harper see more of each other, he begins to pick his way through the minefield of family problems and post-traumatic stress to the possibility of a life that might resemble normal again. Travis’s dry sense of humor, and incredible sense of honor, make him an irresistible and eminently lovable hero.

The very first thing I’ll say about SOMETHING LIKE NORMAL is that I had NO idea it was from Travis’s point of view when I first started it. I’m actually mildly upset that the cover (which I really like) focuses on a girl because that automatically leads you to believe it’s from a female’s point of view. Obviously how I feel about the cover has no impact about how I felt about the book, but something that irritated me a little nonetheless.

Okay! So onto the actual review — I really enjoyed SOMETHING LIKE NORMAL more than I thought I would. I usually don’t pick up books with military themes simply because it’s not something I often relate to, not really personally knowing anyone in the military and let’s be honest — it’s not like the military is a bed of roses. When I’m in the mood for a contemporary novel, I’m usually swinging towards light and fluffy so those just tend to be the books I pick up first. I was in need of a new audiobook so I purchased the Whispersync companion for the ebook I had purchased last year and this one instantly drew me in and I’m so glad I chose it!

SOMETHING LIKE NORMAL was not what I was expecting. In a good way. You know I’m totally loving male POVs in YA right now (although, this would be considered more New Adult, I think?) and so I really loved being able to feel those emotions as Travis was feeling them and his perspective was just so powerful. It was so interesting to be in his shoes and see how much different his life has been since he’s been in the military and the decisions that had brought him there in the first place.

This is definitely a book that was heavy on the emotions and I really appreciated that. I love when I’m able to really be in a character’s head (which I very much was with Travis) and that allows me to really feel everything as I’m reading. There were times I wanted to throttle him, times I wanted to hug him, and times where I wanted to both laugh and cry. I really connected with him and just felt so conflicted about everything that was going on in his life — he doesn’t have it easy with his family and being away, while that meant temporary escape, didn’t solve all of his problems. He isn’t sure what to do about his romantic life, especially when he’s leaving again in such a short time span. And he’s also mourning the loss of one of his best friends Charlie, who he lost in Afghanistan and was more like a brother to him than his own brother was.

I think what I liked the most about the book was that it just felt so realistic. Even when Travis came home, his family issues were still right where he left them except things had actually compounded and even gotten worse in his absence because he wasn’t there to address them. His past comes back to haunt him, just like anyone else, and that affects both his family life as well as his romantic life between his ex-girlfriend who still hangs around (and is actually dating his brother) and new romantic interest Harper.

The romantic aspect of this book was fantastic. I loved how cautious the relationship was between Harper and Travis and yet how easily everything seemed to fit and how casual it became. I loved that nothing was rushed, as it shouldn’t have been, even though Travis was only back home for a short period of time. They really just felt like they fit and even though they had their own personal demons to overcome to make it work as well as one big demon that was actually a major conflict between the two of them from their pasts, it just all felt like it was meant to work out.

Honestly, I wasn’t sure I would connect with this book but the emotional aspect really brought me into the story and didn’t let go. I was totally hooked and for an audiobook, I finished pretty quickly (granted, it was also a shorted book too). I didn’t like it as much as others loved it but I still had a very solid amount of praise for this book and it definitely opens up that emotion-portal that really allows readers to totally fall in love with the characters!

I’m so glad I got to read this book from Travis’s perspective. I really got to see everything he was seeing and feel everything he was feeling (which is a LOT). I haven’t really read many books that involve military aspects so it was incredibly interesting to hear all of that from Travis and it was just so darn emotional and even hard to read sometimes. (Not in a bad way.) It’s incredible that people have to deal with war and PTSD and such incredible amounts of pain and constant reminders. It really made me appreciate that just a little bit more.
Harper // Character Obsessions: Work, marine biology.
I loved Harper. I’m so glad she was a part of this story and became a part of Travis’s life. She seemed like a real “take charge” kind of girl but also allowed for opportunities to present themselves. I like how she was able to open up to Travis even though they didn’t have the best experiences together in the past. Thank goodness she allowed for second chances!

Kept Me Hooked On: More serious contemporary. I usually opt for fluffy, light, and more rom-com feel contemporary when I’m in the mood for it so whenever I pick up a more serious contemp book and I have a positive experience with it, it just pushes that door open just a little bit more!
Left Me Wanting More: I really can’t say… You know, I didn’t really feel like anything was missing. I felt like this book was VERY well done and the only reason I wasn’t over the moon for it was really more of a topic-issue, so to speak. It’s not something I usually pick up or usually read but that doesn’t mean it wasn’t great! There was a great mix of serious as well as comedy and lighter times mixed in between.

I’m so glad I picked this up because without the glowing praise from other bloggers, I probably wouldn’t have. Not my typical read but it was very emotional and extremely well written! 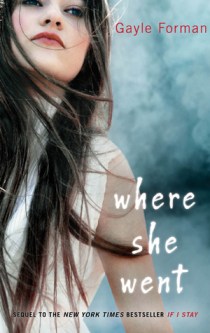