The capital has fallen. The Darkling rules Ravka from his shadow throne. Now the nation's fate rests with a broken Sun Summoner, a disgraced tracker, and the shattered remnants of a once-great magical army. Deep in an ancient network of tunnels and caverns, a weakened Alina must submit to the dubious protection of the Apparat and the zealots who worship her as a Saint. Yet her plans lie elsewhere, with the hunt for the elusive firebird and the hope that an outlaw prince still survives. Alina will have to forge new alliances and put aside old rivalries as she and Mal race to find the last of Morozova's amplifiers. But as she begins to unravel the Darkling's secrets, she reveals a past that will forever alter her understanding of the bond they share and the power she wields. The firebird is the one thing that stands between Ravka and destruction—and claiming it could cost Alina the very future she’s fighting for.  Ruin and Rising is the thrilling final installment in Leigh Bardugo's Grisha Trilogy.

I put off writing this review for a while. The Grisha Trilogy has been one of my favorites for the past few years and it’s hard to come to terms with it coming to an end. The Grisha Trilogy really became the first series in at least five years that I really felt such a connection to and that I was really enamored with. Leigh Bardugo was the one of the first authors I ever met at my very first author event back in 2012 after I had just started my blog, so I always had this deeper connection to the series because it also was an early part of my blogging career that I’ve grown to love so much.

I started RUIN AND RISING with trepidation — the kind where you just aren’t ready to let go of a story — but I knew that Leigh Bardugo would end the series the way it should be ended and whatever that grand finale was, I trusted her to take the story where it needed to go. Not that I had any doubt but I was definitely not disappointed. RUIN AND RISING was sheer perfection in my eyes and I felt everything was left with finality and a sense of closure as well as a perfect ending.

My favorite thing about RUIN AND RISING was all of the plot development and all of the series-long questions that finally get answered. I’ve developed several theories over the years and it was really interesting to see how that all panned out. Some were close and some were in the right realm but still totally off — which also makes me glad that I wasn’t even able to possibly guess the answers to everything. There were many shocking moments that made me wonder how things could possibly get any better… but I always trusted that the character would end up where they needed to be and I never felt betrayed in that.

Leigh Bardugo is fantastic at incorporating new characters into the mix as well. Readers fell in love with Sturmhond in SIEGE AND STORM and in RUIN AND RISING I really loved the addition of the other Grisha members who work their way into the forefront and developed a new favorite duo in Harshaw and Oncat. Oncat is in fact a cat and somehow Leigh Bardugo managed to make a cat one of my favorite new characters of the bunch. The dynamic between Harshaw and his cat was hilarious and I just loved every scene between them. I always love the banter between all of these characters and it’s so wonderful to have that bit of comic relief — even if it’s gallows humor (which I enjoy anyway!) — when it seems like the world is ending and indeed, the fate of the world is resting on Alina’s shoulders.

The ending of RUIN AND RISING is absolutely epic. The whole book really was, actually, but the second half really pushed the book forward into what I felt was the perfect ending for this trilogy. I was surprised, happy, shocked, angry, sad, overjoyed, and amazed. This book — and this whole series really — brought me through such an array of emotions. I never knew what to expect and I was always grateful for the constant surprises — both the happy and the sad — because they always brought a sense of reality to this fantasy world and really showed that the good guys can get a happy ending but it’s not always an easy road to get there and some sacrifices will indeed have to be made.

The Grisha Trilogy has absolutely been one of my favorites and having finished all of the books — including novellas and short stories — I can honestly say that it will stay one of my favorite series of all time. I hope that these books continue to stay relevant within the book lovers and reading community and that new readers will constantly be discovering these books. This is a series I hope to be timeless. I know it always will be for me.

Especially with re-reading the series before I started RUIN AND RISING, I was able to look back and see how much Alina has grown over the series. I feel such a fondness for her seeing where she came from and how she transformed from almost a sort of selfish brat (harsh, but she was very sassy when SHADOW AND BONE started and a little pouty) to this leader who was willing to make sacrifices and not want to even feel like she was being selfish because it could always be worse. I just really enjoyed the growth of her character and I’m so happy where she ended up at the end of this series.
Mal // Character Obsessions: Tracking, protecting, saving.
Mal was sort of an underdog for me in this series. In SHADOW AND BONE I hadn’t even paid much attention to him. I knew he was the love interest but I think at that point in time I was just more interested in the world building and the plot than why Alina and Mal should or shouldn’t be together. I started to notice him in SIEGE AND STORM and his character really started to take shape for me — something I also happened to notice more when I re-read both SHADOW AND BONE and SIEGE AND STORM again. I loved seeing him grow into such a mature character and so unselfish that at times it was hard to watch. I loved his love for Alina and his connection to her. He definitely became one of my favorites and my love grew for him throughout this series as well.

Kept Me Hooked On: Epic series. Okay, well it’s not hard to get me hooked on epic series but I do feel like it’s hard for me to really get invested in a series as much as I have with The Grisha Trilogy. It’s a series I always want to own. It’s a series I’ve collected every possible version I can get my hands on just because I want to collect these books. It’s a series I committed to re-reading and reliving. I’ve just loved every part of this experience.
Left Me Wanting More: Of the Grishaverse. But that’s okay! We have a bit to wait but soon we’ll have Leigh Bardugo’s new series The Dregs!! The Dregs is set in the same world as The Grisha Trilogy and Leigh has confirmed that although it does NOT focus on the same characters, there will be some appearances!

Buy RUIN AND RISING. Buy this series. Read this series. Love this series. It will always be one of my favorites and I will recommend it forever to fantasy lovers or not. I wasn’t a big fan of fantasy when I started but I think this has absolutely helped contribute to how much my love of fantasy has grown. 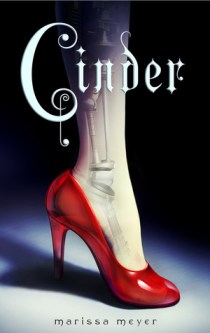 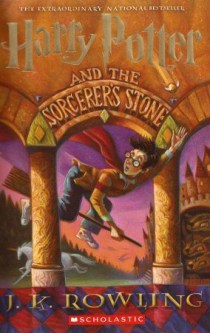