Emerson Knight is introverted, eccentric, and has little to no sense of social etiquette. Good thing he’s also brilliant, rich, and (some people might say) handsome, or he’d probably be homeless. Riley Moon has just graduated from Harvard Business and Harvard Law. Her aggressive Texas spitfire attitude has helped her land her dream job as a junior analyst with mega-bank Blane-Grunwald. At least Riley Moon thought it was her dream job, until she is given her first assignment: babysitting Emerson Knight.
What starts off as an inquiry about missing bank funds in the Knight account leads to inquiries about a missing man, missing gold, and a life-and-death race across the country. Through the streets of Washington, D.C., and down into the underground vault of the Federal Reserve in New York City, an evil plan is exposed. A plan so sinister that only a megalomaniac could think it up, and only the unlikely duo of the irrepressibly charming Emerson Knight and the tenacious Riley Moon can stop it.

CURIOUS MINDS is the first book I’ve read from Janet Evanovich that wasn’t Stephanie Plum, which makes it really hard for me NOT to compare it to Plum after reading 22 novels featuring her wacky crew (and even some novellas). I guess in a way, I have to since it’s my frame of reference for her writing.

Truthfully, it was noticeable for me that it was a new series that was not Plum. I guess it wasn’t different in a bad way, but I’ve been reading Stephanie Plum for at least five years and that series just has so much personality and CURIOUS MINDS felt just a little flatter. I know that Evanovich has other series that aren’t Stephanie Plum and now I wonder how those feel — was it this book specifically or am I feeling a Plum-hangover? I liked that it wasn’t as silly as Plum novels get sometimes and yet I found myself wanting a little more from the characters and from the plot. The plot was much more detective-like versus crazy antics which I liked! I always like a little bit of a mystery to solve. I did feel that I was getting just a touch confused with so many characters having their hands in the cookie jar.

I also wonder, since this was co-written with Phoef Sutton, how much that really changed the tone. Did a co-author bring the silliness down or would that have happened anyway? Who was responsible for what? An overall picture written together? Or Sutton responsible for X characters and Evanovich responsible for Y characters? I always wonder how co-written books go! Janet Evanovich’s trademark tone was prevalent throughout the book but it was also noticeably different.

Riley was definitely a Plum-type character although quite toned down. There’s still a lot of classic Evanovich jargon and characterization there but Riley Moon was much more put together. Emerson Knight was a Sheldon from the Big Bang Theory-type character (and was even specifically compared to him) but has just a bit more social skills then Sheldon and his science is toned down just a bit. He’s basically a wealthy genius, overtly labeled an eccentric, and makes for a lot of comical moments with his awkward social responses. I did like this better than outright silly, though!

CURIOUS MINDS was fun, a quick read (aka listen — I listened to the audiobook) and just some brain candy. Like Plum novels, it didn’t really stand out for me but it was fun to experience. It’s not knocking anything out of the park for me but still enjoyable and I’ll continue the series.

I liked Riley! She was fun without being over the top. I think especially because the audiobook narrator was the same as the Plum series, she had a Stephanie Plum sort of feel except her life wasn’t quite as in shambles.
Emerson Knight // Character obsessions: Logic, science, curiosity.
Emerson was very Sheldon Cooper except maybe with a few more socials skills and less emphasis on the geeky side. He was actually really fun! I liked all of his logic and how that played into things from a comedic side.

Kept Me Hooked On: Non-Plum Evanovich. I know, I know, that’s like the main focus here but it’s hard not to compare after reading 22+ books by the same author! It was fun though, and a nice change of pace.
Left Me Wanting More: Clarity of characters. The detective work got a little muddy for me when there were so many characters involved and five of them were family members. I had a hard time keeping track, especially when it’s a brand-new series and I’m still getting to know existing characters!

If you enjoy Evanovich’s other books, this one has a pretty similar feel and tone. If you’re tired of Stephanie Plum, you don’t find too much different here. It’s a light, fun, and a little bit silly read but I enjoyed it! 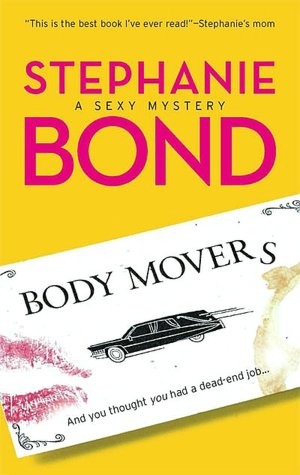