Sydney Sage is an Alchemist, one of a group of humans who dabble in magic and serve to bridge the worlds of humans and vampires. They protect vampire secrets--and human lives."
In the aftermath of a forbidden moment that rocked Sydney to her core, she finds herself struggling to draw the line between her Alchemist teachings and what her heart is urging her to do. Then she meets alluring, rebellious Marcus Finch--a former Alchemist who escaped against all odds, and is now on the run. Marcus wants to teach Sydney the secrets he claims the Alchemists are hiding from her. But as he pushes her to rebel against the people who raised her, Sydney finds that breaking free is harder than she thought. There is an old and mysterious magic rooted deeply within her. And as she searches for an evil magic user targeting powerful young witches, she realizes that her only hope is to embrace her magical blood--or else she might be next.

THE INDIGO SPELL for the win!! When reading BLOODLINES and THE GOLDEN LILY, I was enjoying the books but really kind of “ehhh” on how I felt about them. The stories were great and I loved the way the plot was unfolding, but the whole time, I just kept thinking “It’s just not Vampire Academy”. Well, I guess THE INDIGO SPELL still isn’t quite on par with VA for me (I know you’re tired of hearing it), but I felt like it had a lot more action and intrigue than the first two books did!

Guys, not only are we dealing with vampire magic, we’ve got more of the occult in here. That’s right. Witchcraft. I think this was a great turn in the overall plot of the Bloodlines series because it helps us edge away from the vampire focus and get more into Sydney’s life. Maybe this will finally help me stop comparing the two series!

SYDNEY. You guys know how much I was struggling to get along with Sydney and I think we’re finally starting to become friends. She’s really starting to figure out her own life and question everything she was taught as an Alchemist and I’m loving it! She’s becoming her own person, loosening up a bit, and it’s really helping how well I’m getting along with her character.

Oh, and PS — There are KISSING SCENES. With ADRIAN. Swoon.

Sydney Sage: You go, girl! Sydney is finally starting to think for herself and it makes it so much better for me to read. She’s still a little reserved but becoming more and more confident. I think I really like bold heroines, especially in books where they’re acting as protectors and weilding magic, so I’m totally on board with the new Sydney.
Adrian Ivashkov: Still loving Adrian! I don’t think that’ll change.
Angeline: Ehhh I’m warming up to her a little bit….. But I still kind of hate her guts. I think I’m just understanding her more than liking her.

Please note that these quotes have been taken from the ARC copy. Please refer to finished copy for final text.

p28: [Adrian] “You’re not as much of a lost cause as she was. I mean, with her, I had to overcome her deep, epic love with a Russian warlord. You and I just have to overcome hundreds of years’ worth of deeply ingrained prejudice and taboo between our two races. Easy.”

p86: [Sydney] “Something I’d learned over the years: It was never a good thing when people said, ‘Here’s something I never told you…’

Haha that reminds me of Death Becomes Her: “NOW a warning!?” (I actually tried to find a gif with no luck… Bummer.)

If you’re this far in the series, it’s worth the read! Personally, I think the series keeps getting better! 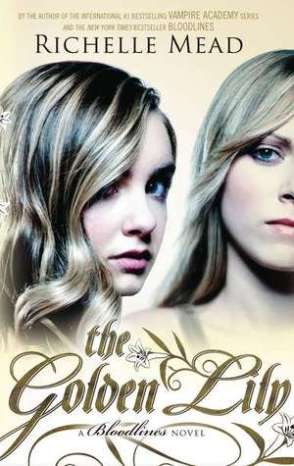