Just One Day. Just One Year. Just One Read. Before you find out how their story ends, remember how it began.... When he opens his eyes, Willem doesn’t know where in the world he is—Prague or Dubrovnik or back in Amsterdam. All he knows is that he is once again alone, and that he needs to find a girl named Lulu. They shared one magical day in Paris, and something about that day—that girl—makes Willem wonder if they aren’t fated to be together. He travels all over the world, from Mexico to India, hoping to reconnect with her. But as months go by and Lulu remains elusive, Willem starts to question if the hand of fate is as strong as he’d thought. . . . The romantic, emotional companion to Just One Day, this is a story of the choices we make and the accidents that happen—and the happiness we can find when the two intersect.

** Caution: If you have not read JUST ONE DAY yet, there will be spoilers for that story. This review for JUST ONE YEAR is as spoiler-free as I can make it and I reveal no SPECIFIC details but there are some strong feels so if you haven’t read the book yet, just beware! **

JUST ONE YEAR was a very different read for me than JUST ONE DAY and I really contribute that to the fact that it felt much more like a personal journey and much more of a personal struggle for Willem than it had been reading Allyson’s story. I feel like the reason for that was that Allyson was going through so many transitions at once — from high school to college, from Europe to home, from sheltered to wanderer — whereas Willem, although already a constant traveler, felt much more stuck in his life. He seemed much more lost, unsure of where to go and what to do and was already in the thick of it when he met Allyson. Allyson hadn’t realized her life needed a change UNTIL she met Willem so for her, I felt much more of the romantic attachment — especially since her story changes with the encounter with Willem and Willem’s story starts after his meeting with Allyson had already come and gone.

Of course I had been dying to hear Willem’s side of the story ever since JUST ONE DAY, and I found it really fascinating. Willem’s story sort of unfolded much more like a mystery to me. We slowly got to find out the secrets of his past that had shaped his life as well as the way he interacted with Allyson (and the various girls he met in Paris). I really, really appreciated getting to know Willem more and finding out about his family. We knew nothing of his parents except their names in JOD and it was so bittersweet to learn about his relationship with both of them and exactly where that relationship stood at the beginning of JUST ONE YEAR, not to mention how his relationship changed towards the conclusion of the book as well.

JUST ONE YEAR wasn’t as emotionally moving or particularly as life-changing as JUST ONE DAY had been simply because it was an entirely different journey that we were on. Of course I had identified with Allyson as the “good girl”, aiming to please her parents and please others so I just connected more with her journey on a personal level than I had with Willem — But that’s not to say that I didn’t feel for Willem because I really did feel his pain, his loneliness, his sense of just feeling a little lost and I appreciated the changes he went through as well.

The biggest thing that struck me about JUST ONE YEAR were all those “almost”s — all the “missed connections” — and that absolutely killed me. Just to see how close he and Allyson came to crossing paths — the attempts to find each other and the pure chances were incredibly surprising! But as we know from Allyson’s side of the book, they never do end up meeting until her story in JUST ONE DAY concludes, leaving us with Allyson at Willem’s front door. To watch all of Willem’s attempts to find her or run into her, though, just was so heartbreaking. She really had an impact on him and even though I knew they wouldn’t meet up again until that moment, I secretly kept hoping for there to be a chance meeting!

** Strong feels ahead about the ending of this book that may be spoilery if you haven’t finished this book yet! Just a kind word of warning 🙂 **

So the ending. We already know that the end of JUST ONE DAY ends with Allyson at Willem’s door step but we don’t know where it goes from there and it takes us a while to get back to that point because obviously we have to find out Willem’s side of what happened after he and Allyson separated in Paris. I won’t say exactly HOW the book ends, but I cannot write this review and omit the fact at how disappointed I was with it. I want to say I can understand Gayle’s choice to end the book like this… But I really can’t. (Spoilers on the specifics of the ending below… Do not click if you haven’t read the book.)

View Spoiler » The ending was not an ending for me. We ended up in the exact same spot that we left Allyson with a mere five seconds added on to that scene. I didn’t even need that much more. Just maybe… some words? A SINGLE exchange of words? A conversation? To simply end like it did crushed me. Sure, you could infer a lot of what was going to happen but honestly, I need it to be spelled out for me at least a LITTLE bit. I needed a bit more closure. It also makes me a TINY BIT enraged at the cover. I mean, come… « Hide Spoiler

After finishing the book and ending the way it did… I was honestly enraged. I felt let down. Abandoned in the middle of this story. And I HATED that I was mad. I really enjoyed the whole book up until that point and I couldn’t believe it ended like that. I legitimately felt a little bit betrayed that I had been so emotionally invested in the ending for these two characters and that was the way we left them. I may have been spoiled by how perfectly WHERE SHE WENT ended because I absolutely loved that whole book, cover to cover, but I didn’t quite understand why JUST ONE YEAR had to end like that.

I wanted this to be a series I could rave about, shove in the hands of friends, jump up and down with, hug!!!! But the ending left me feeling so confused and emotionally raw — I had a serious book hangover, but not quite in a good way. I thought about this for HOURS after I finished reading and my feelings have settled a little bit, but I’m still upset with the way this book ended and I can’t deny that if affected how I feel about this book as a whole. I will still recommend the read but just a word of warning to the readers that you may be in for shock and rage in the last chapter.

Willem was an interesting character to follow throughout JUST ONE YEAR. I actually really liked getting to know him more and seeing all of the secrets — or simply things he didn’t outright say — that Allyson had missed. I appreciated his character so much more and he really came to life more. I think he was flawed, but his run in and day in Paris with Allyson set him on a new course to realize that maybe he had been stuck in a rut and she turned him on to parts of himself he didn’t know were buried so deep in his soul. There really were kind of soul mates — not just romantically — but that they each brought out a new, better side of each other.

I kind of don’t even want to talk about other characters because Willem is such a vagabond and such an transient character that he doesn’t stay in one place — physically or emotionally — long enough for these people to make lasting impressions. Oh, they do make lasting impressions, mentally and emotionally, but their physical presence isn’t as prominent in Willem’s life and he doesn’t always realize the impact these people have, sometimes not until they are long gone from his life.

Kept Me Hooked On: Fate. There’s a serious question about fate, chances, and intentions in JUST ONE YEAR and how much is really and truly left up to chance. I really enjoyed seeing Willem figure out what he needed to leave up to fate and what was impacted directly by his choices and intentional decisions.
Left Me Wanting More: Of an ending. I think after that review, it goes without saying. Sorry, Gayle.

I can’t NOT suggest you read this — If you’ve read JUST ONE DAY, you need to see how things happen in JUST ONE YEAR, but just be prepared for a bit of a shock of an ending, I suppose. I know lots of people who totally and completely loved it and weren’t fazed by the ending at all. I know of others who were totally shocked and so disappointed that it ruined the entire experience for them. I think it’s a necessary read to finish out the duo of books and if you’ve got a copy of JUST ONE DAY, you probably need it to finish out your book collection anyway, amirite? 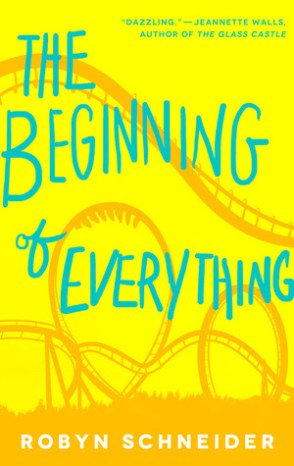 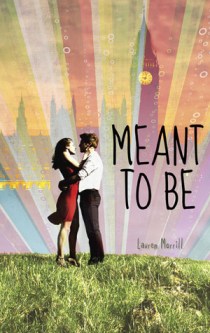